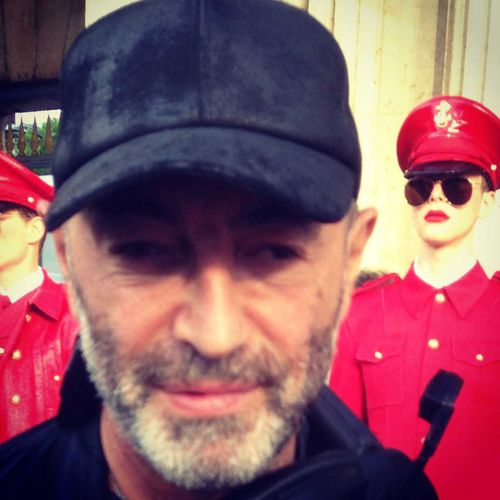 I met Etienne in 1991 when he was working on Balade de l'Amour. It is funny when I think about it because two of the masters of show production, Etienne and Alexander de Betak were both working on the event. Alexander was producing it and I gave over my headset to Etienne, not knowing what a genius he was, but hearing that who ever wore the headsets turned into a monster and I did not want to assume that role and anyway headsets and my hair don't really work. It's been a real pleasure to assist at the shows that Etienne has produced and Thom Browne was pretty amazing…I even kind of like the fact that this image of him is out of focus and the show in focus, I think that pretty much says it all.