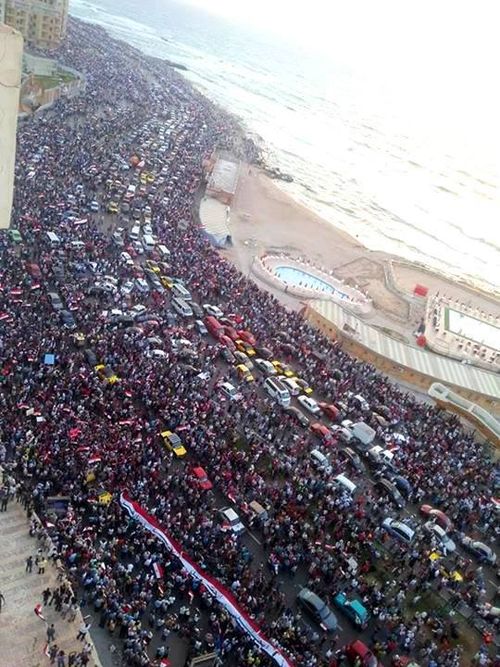 Above: Anti-Muslim Brotherhood protestors filled the streets of Alexandria yesterday.

I'm in New York but my friend Ahmed Sabry, of the Cairo-based jewelry brand Sabry Marouf, has been keeping me up-to-date on the huge demonstrations–reportedly the biggest gatherings in history–againt the Muslim Brotherhood in Egypt. The demonstrations started yesterday nationwide to mark the 1-year anniversary of the election of Islamist Mohamed Morsi. Ahmed was in Cairo yesterday attending the demonstration and is now in nearby Mokattam, where he sent me this missive:

"BBC and CNN reported it was the largest number of political protestors
in the history of mankind??  well it was impressive…. here in mokattam
later at night protestors, mostly young teenagers went to protest
in front of the Muslim Brothers headquarters and the Brotherhoods' people started
shooting them down killing them using rifles from up there, killing 8
young guys last night…. people were outraged and tis morning went
broke into the headquarters and set it on fire…. those were the
updates from mokattam, this is Ahmed Sabry, reporting to you live from
where its all happening…. "

Ahmed sent me these photos sent to him by his friends all over Egypt and also some screengrabs from the local news. 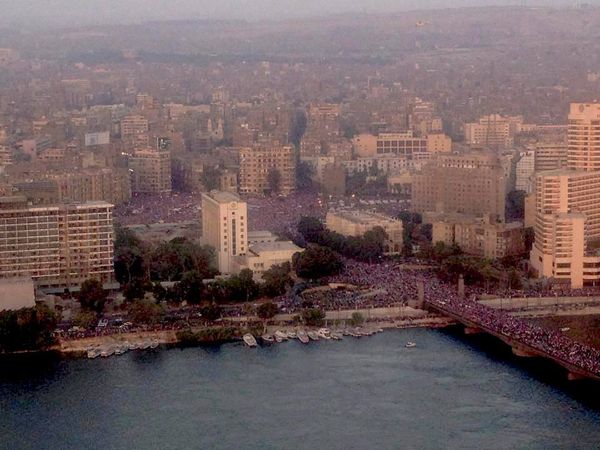 View of Tahrir Square and the Lion's Bridge 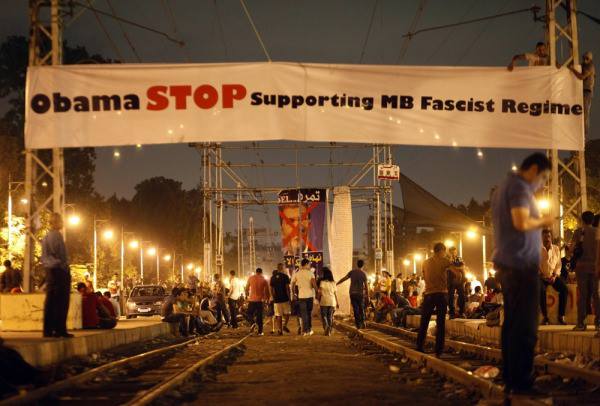 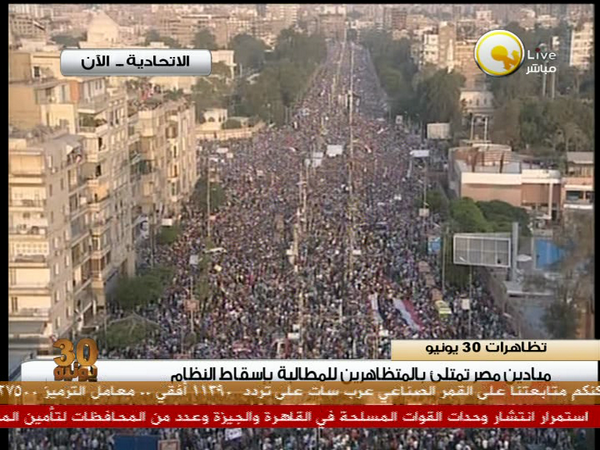 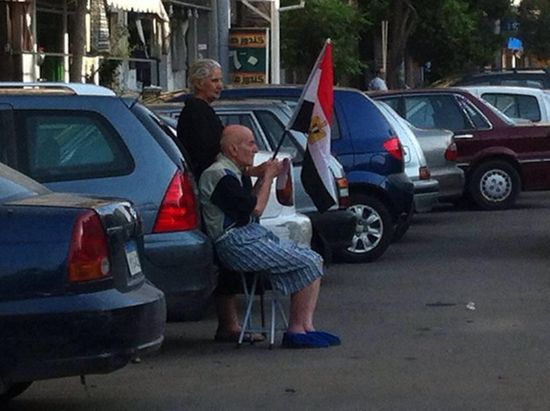 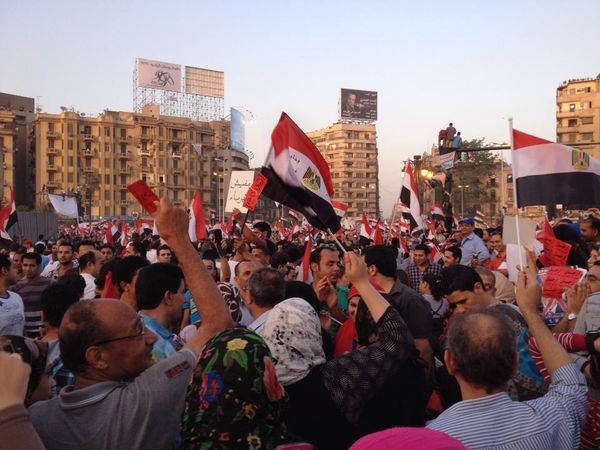 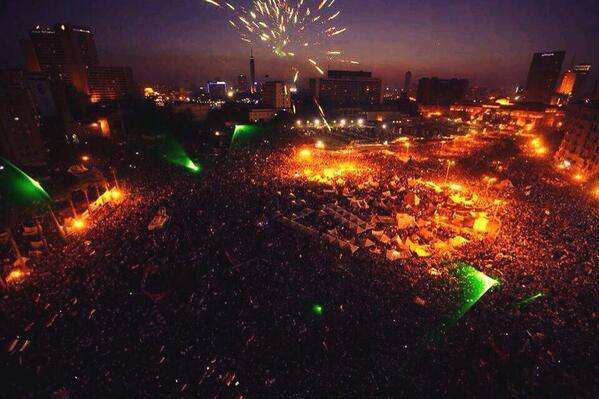 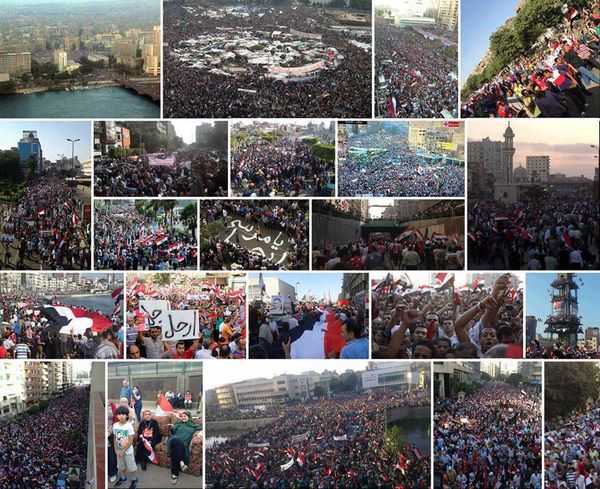 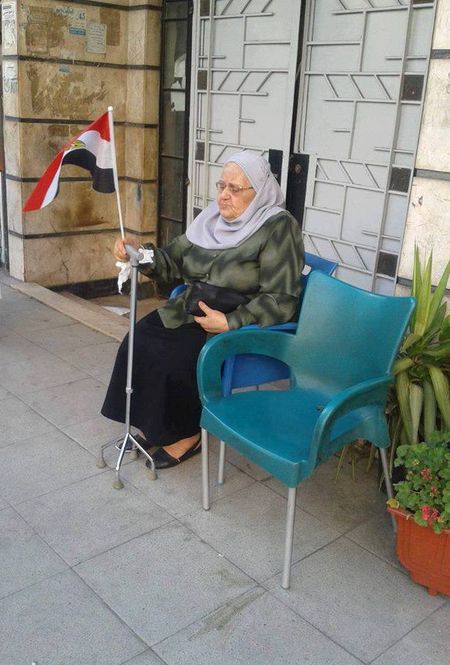