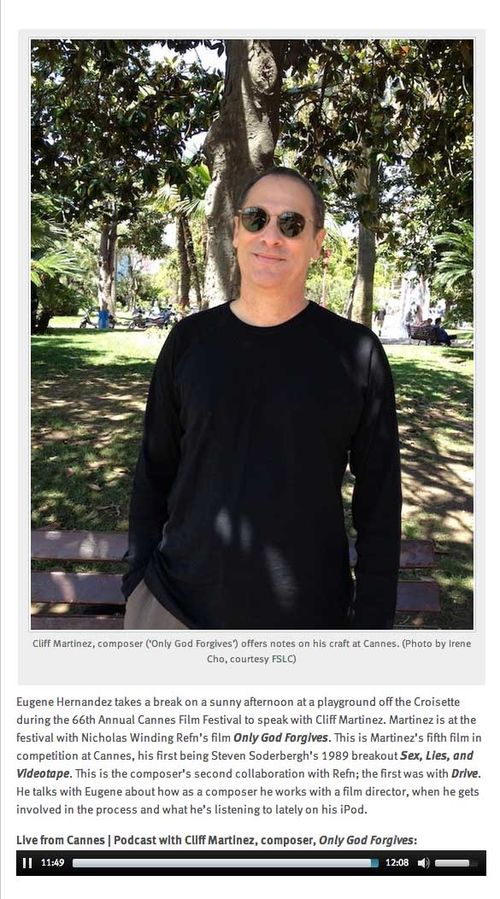 For those of you that would like to know how composers work with film directors on the sound design. Everyone was talking about the sound design in Only God Forgives, Sex, Lies and Video Tapes in 1989 was his first time composing music for films.