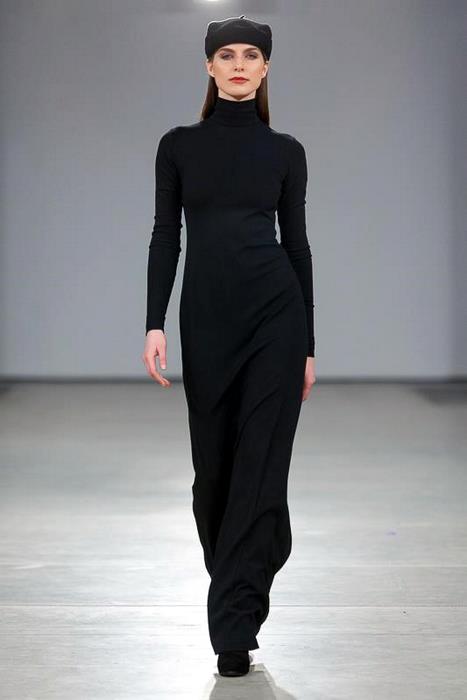 Working with cashmere, silk and wool, Nat?lija Jansone delivered a substantial and charming show. Subtle draping, sharp tailoring and boiled fabrics were key directions, as well as a subdued color palette. With their flirty French berets and red lips, her models looked seductive, without trying too hard. 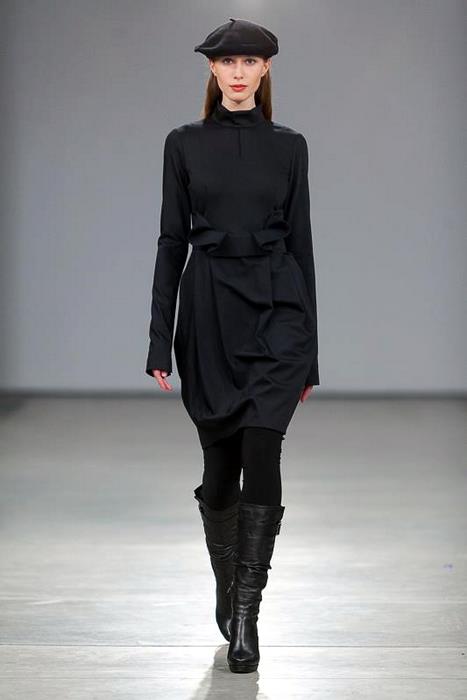 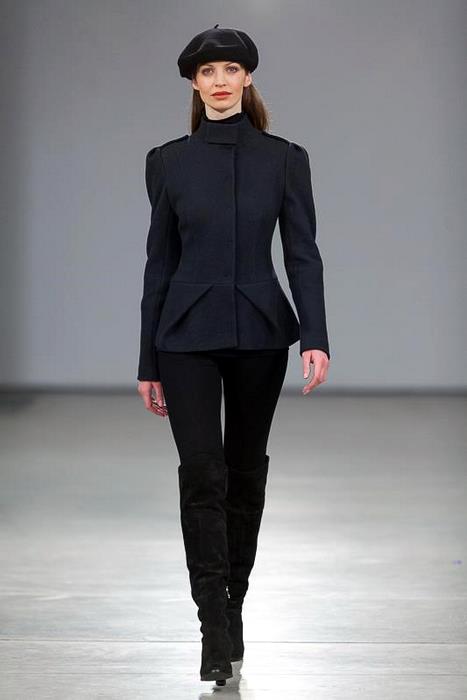 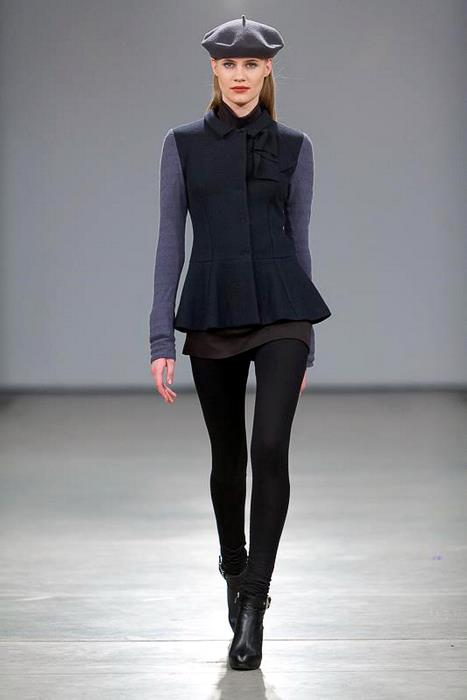 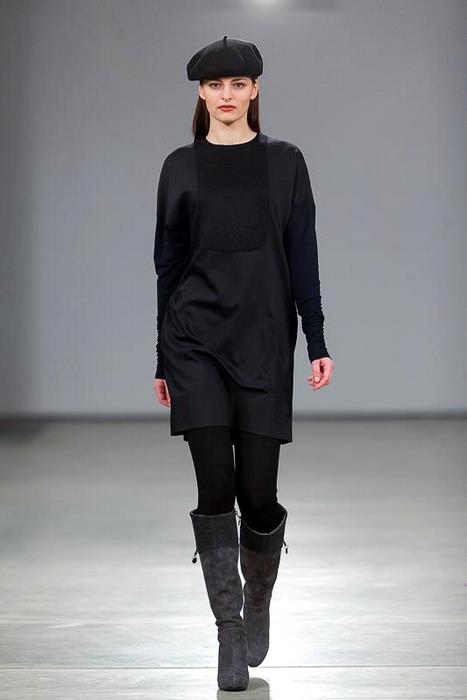