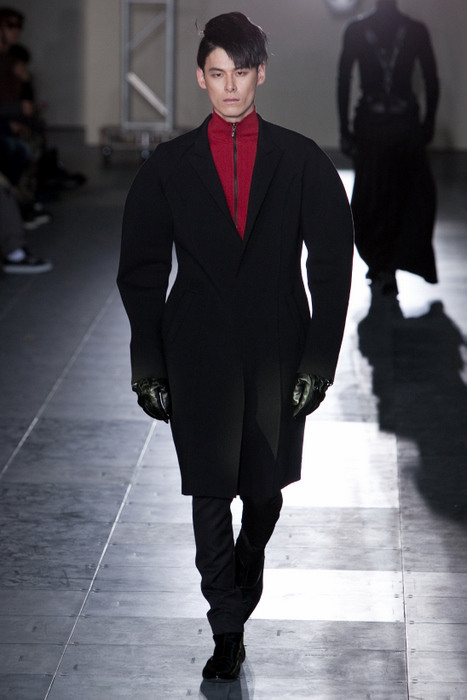 Resurrection's show offered an intriguing take on masculinity, playing with archetypes and key contradictions. Using exaggerated shapes to emphasize the male body, Juyoung Lee presented a strong and streamlined collection, where tailoring was an ongoing focus. Of course, a Resurrection show wouldn't be complete without some rocker panache and glam ambiguity, which she seemed happy to deliver, too. 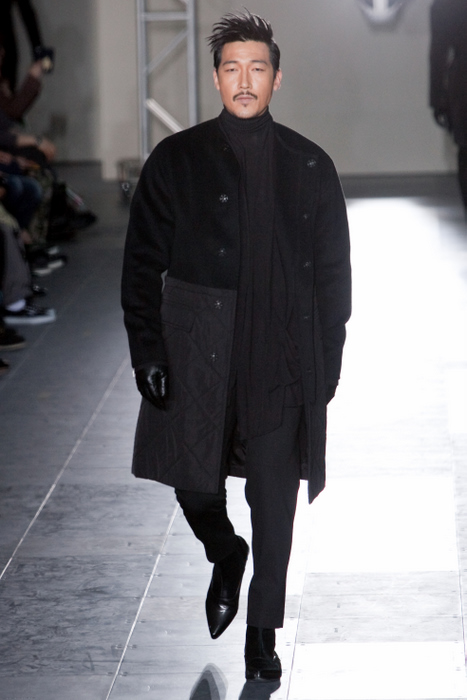 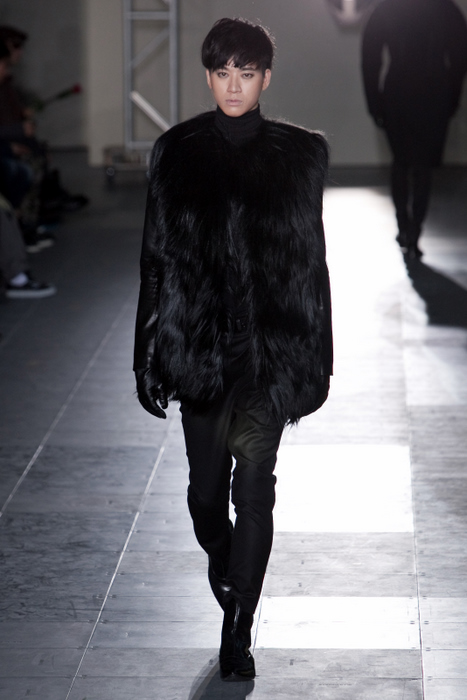 Juyoung asked her two boys to paint for her, and used their drawings as graphic prints on simple prints. These pieces revealed her fun-loving and spontaneous side. 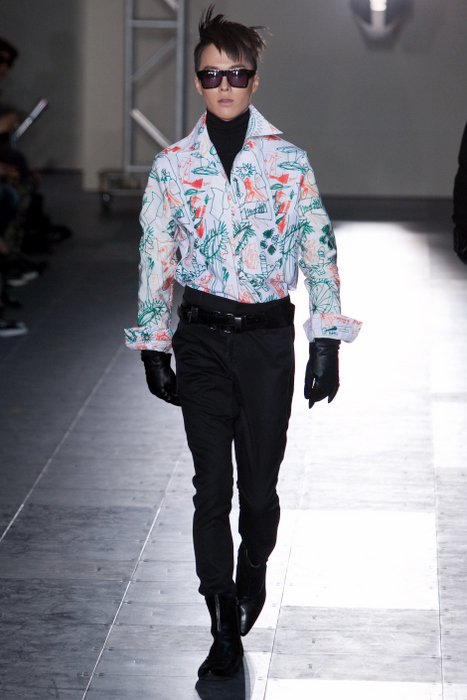 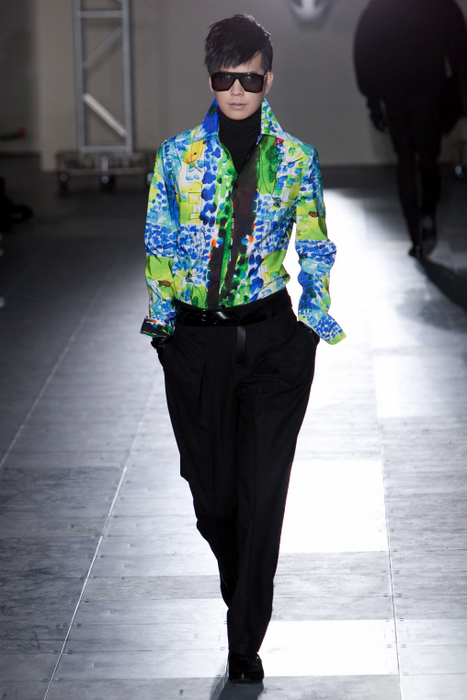