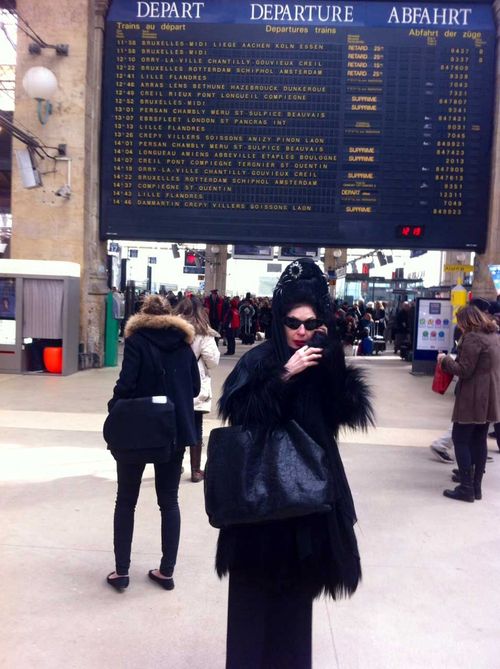 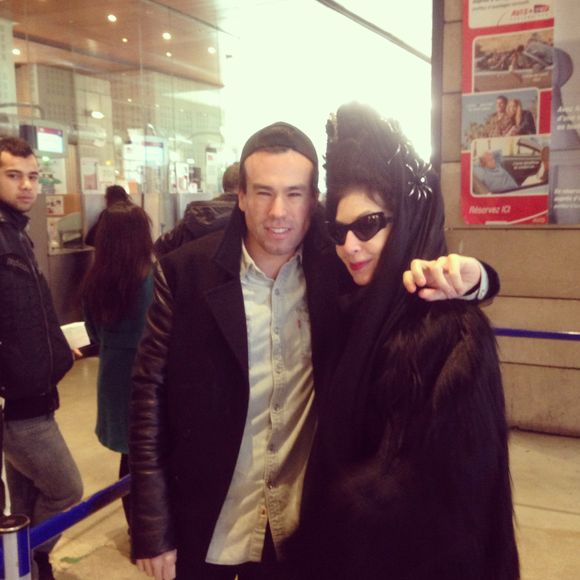 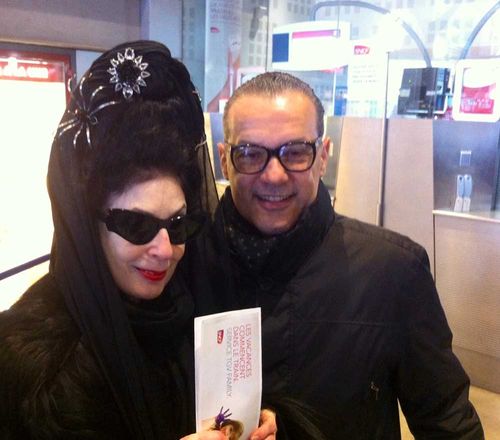 As a refreshing moment after fashion week Jason Last, Marco de Rivera and I had planned a day trip to the Palais de Compeigne to see the light installation of Stephan Breuer. The sun was shining brightly, we were all in a great mood, tickets in hand and suddenly we look at the departure chart and…our train was cancelled. Trip off so we decided to go have lunch at Nanashi instead. I might add that this is the second day in a row when my train trip had to be cancelled. Let's just say France has no idea how to deal with a little bit of snow. 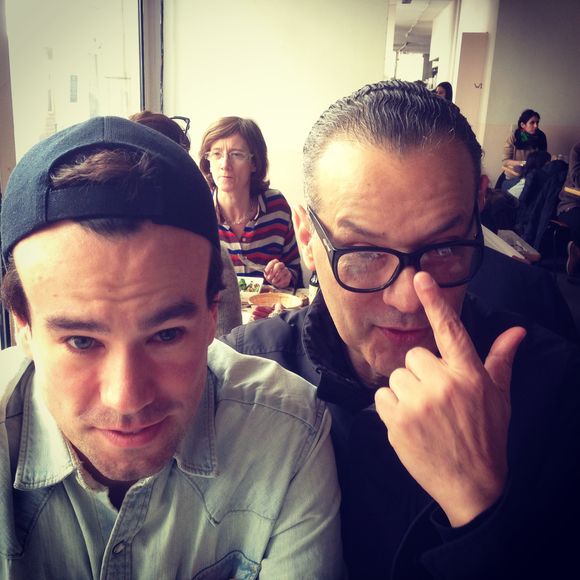 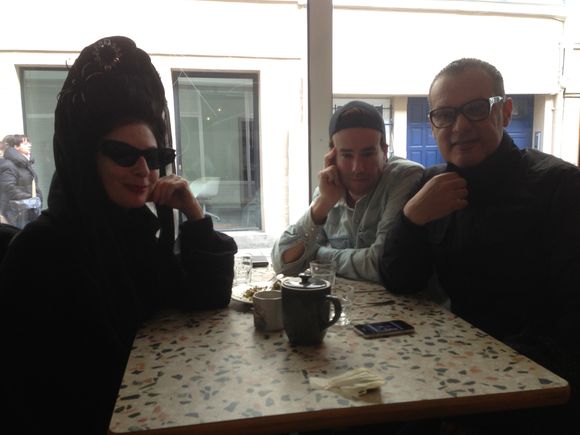 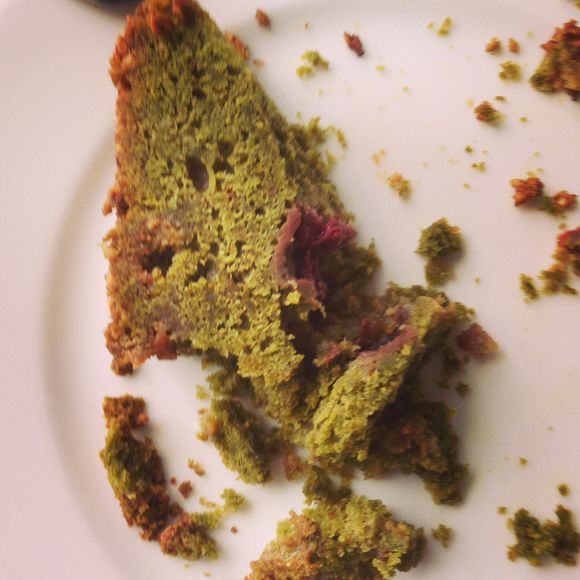 We shared a piece of green tea cake, looked a lot more appetizing when it arrived at the table.

After lunch Marco took me to an amaxing exhibition of photographs of Chanel by Willy Rizzo. I am waiting for them to send me a few jpegs which I really want to show you, but till then.. 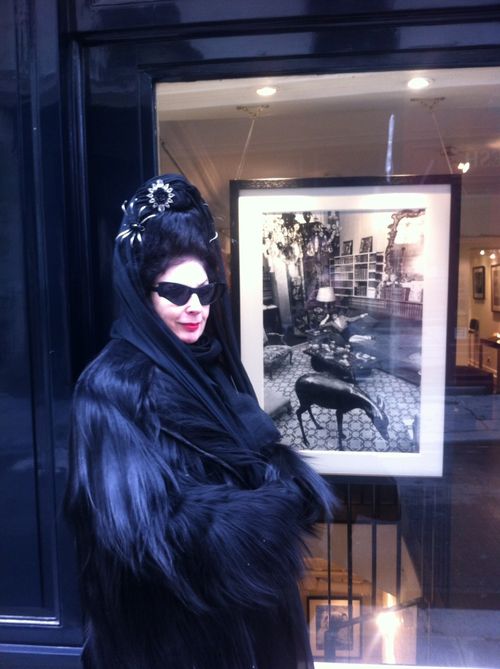 Down the street we paid homage to serge gainsbourg 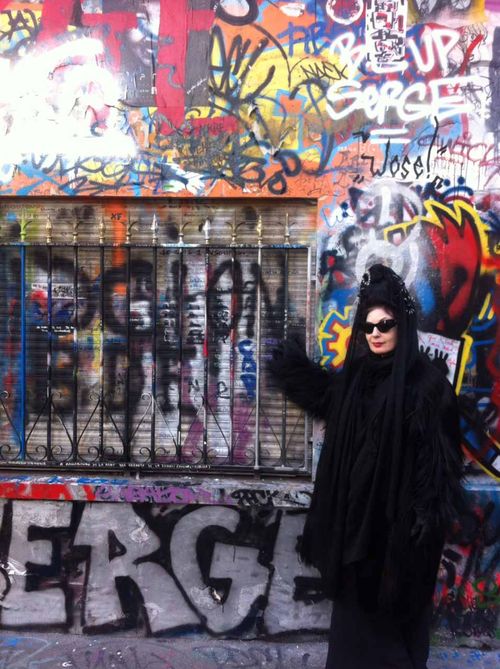 That is enough photos of me for one day.