Blaak put on a strong show, entitled "EXODUS", which seemed infused with spirituality and a sense of longing. Colours were dark or neutral, with occasional flashes of white and traditional British motifs, such as tartan, argyle and stripes. Jackets and coats were oversized, while some pieces had frayed edges. They were paired with narrow shorts in contrasting fabrics. 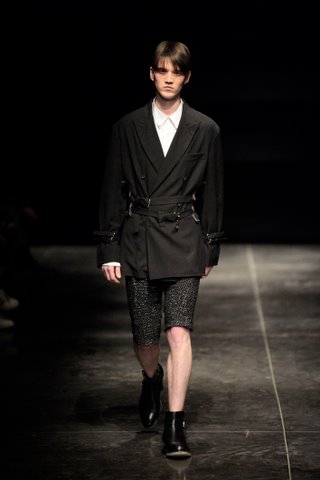 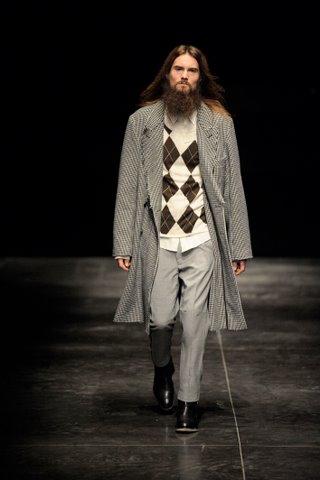 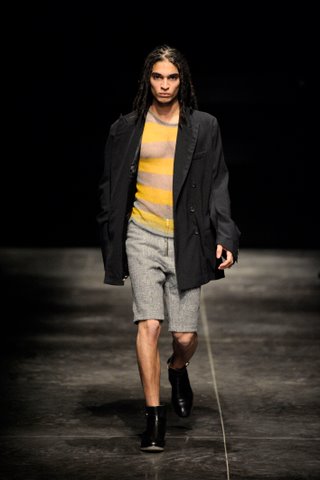 I particularly liked the necklaces, which mixed traditional religious symbols with crochet and other materials. 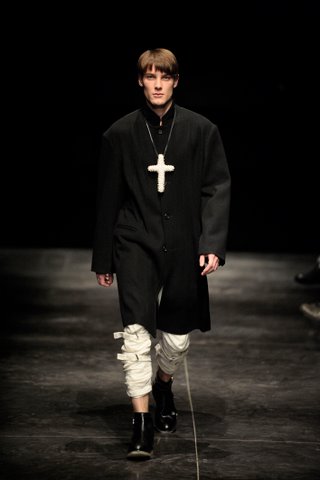 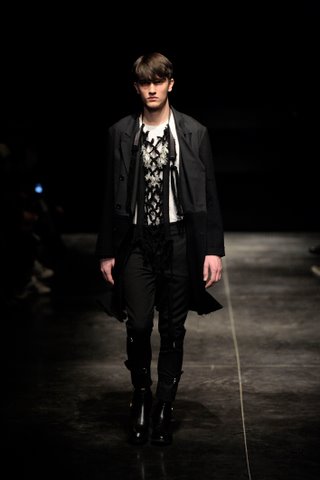 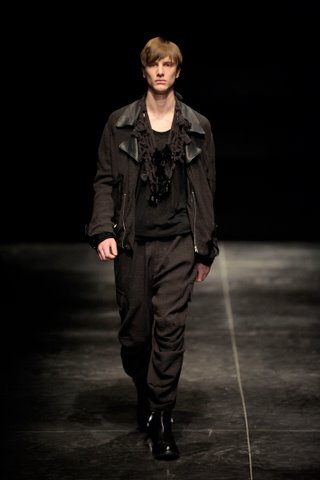