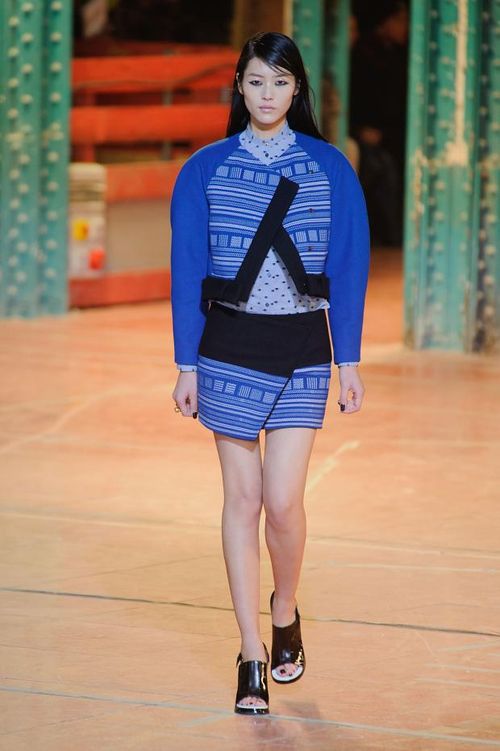 Inspired by the timeless beauty of ancient temples in India, Nepal and China, Carol Lim and Humberto Leon played with geometry and architectural shapes at Kenzo, using opulent fabrics, such as printed lam