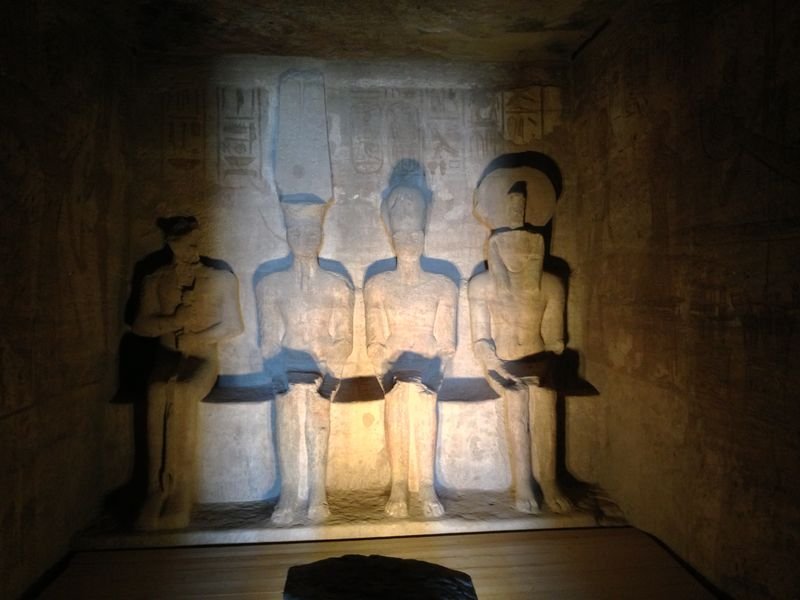 I took this photo in The Temple of Ramses II at Abu Simbel
near Egypt’s border with Sudan last week. The sun is supposed to shine
into the temple on his birthday and illuminate these statues:
Ra-Horakhty, Ramses II and Aman (Ptah, to the left, is not meant to be
illuminated.) However, since they moved the temples back in the ’60s to
escape flooding from the Aswan Dam, they are not in the precise same
location in relation to the sun. As a result, the birthday illumination
happens one day later. 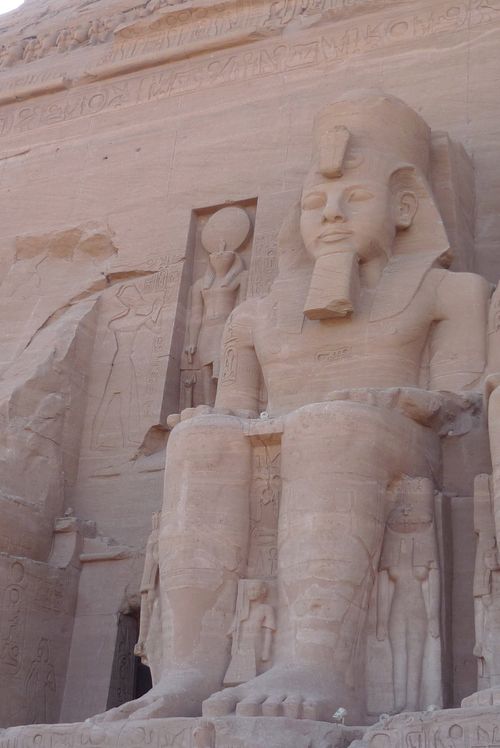 My full photo report on the Temples of Abu Simbel

My report on Cairo’s Fashion Nights & interview with Susan Sabet