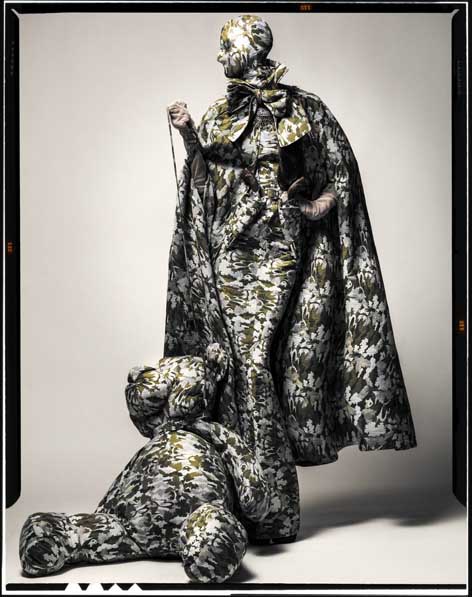 February 13,   Vassilis Zidianakis & Angelos Tsourapas of Atopos curate an exhibition at "La Gaite Lyrique" with the participation of Filep Motwary and Maria Mastori among the exhibitors.

Filep Motwary participates with a "Monster" costume and fabric he designed, embellished with Maria Mastori's jewellery.
The piece is titled "THE FOREST CAN HIDE US"