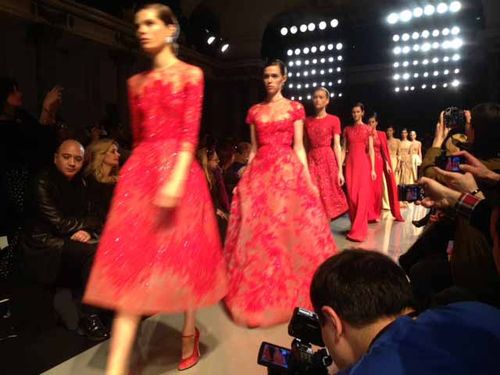 If you were trying to walk on rue Cambon today you would have had a problem getting through the wild crowd gathered in front of the Pavillon Cambon on 46 rue Cambon for the Elie Saab couture show.  Dita Von Teese was there dressed  in a black sequined  Elie Saab dress, I was not quick enough to catch her though. I definitely think that the designer Elie Saab had her in mind when he created many of the red carpet looks that we saw today.  Lace fairy tale dresses were embellished with pearls, crystals and floral appliques. 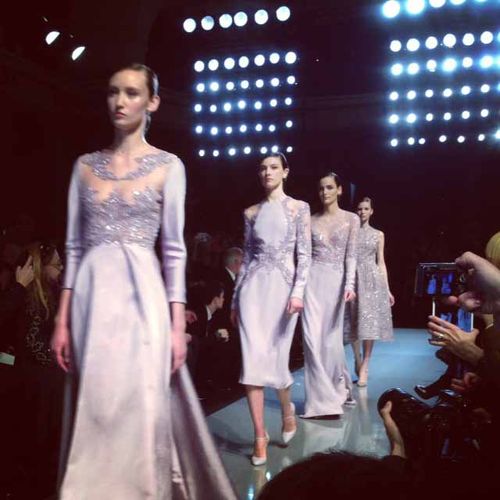 Colors were ivory, mauve, red and sky blue. Many of the designs were elaborately embroidered and appliqued. I particularly liked the way the long skirted dresses draped in the back and one ivory dress had a veil that was, I think, cut as part of the dress with all over embroidery  and I could not help but imagine it in black and worn as a beautiful veil.