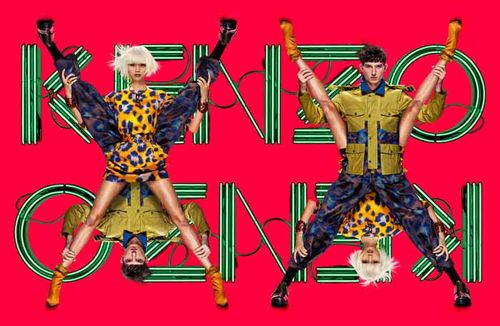 The 'X Campaign', as it has become known since initial outing last year captures the essence of KENZO in its fun use of off-kilter symmetry and playful undertones.

Featuring models Ming Xi and Jester against an fiery red backdrop, Spring/Summer promises to be yet again an energizing and electric season for KENZO fans and followers around the globe.