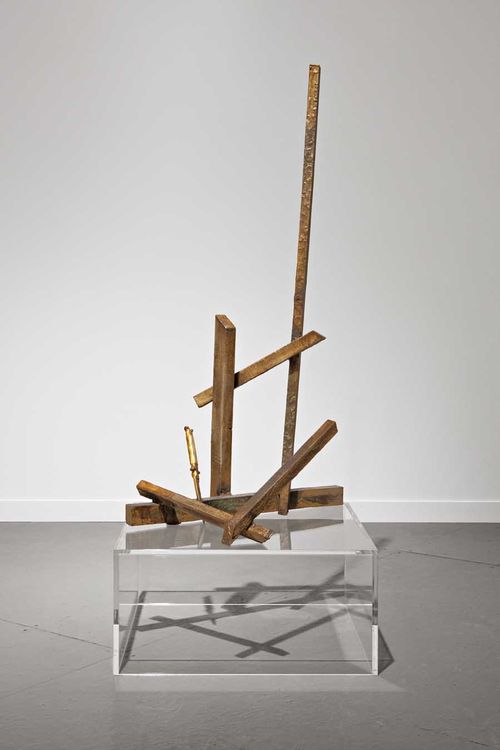 Karl Larsson is an artist, poet and editor. For the exhibition at Galerie Nordenhake Larsson has produced a series of work that deals with the question of how literary figures are preserved through history, and how a poetic experience can have relevance outside poetry itself. In nine individual works a shared narrative is constructed through the notion of the palimpsest, a manuscript which has been written over by another text, thus hiding its original meaning. The etymological explanation of the word palimpsest, which derives from Ancient Greek, states that the word is put together by "palin", (again) and "psao", (I scrape). It is also through repetition and the alteration of historical and material surfaces many of the works come alive in the exhibition.

Pictured above, Sundial of the Exiled, a bronze cast of wooden planks and a dagger resting on a transparent plinth, is a fixed shadow play in which rough debris and a precise tool becomes part of a narrative of stillness, timelessness and potential violence.