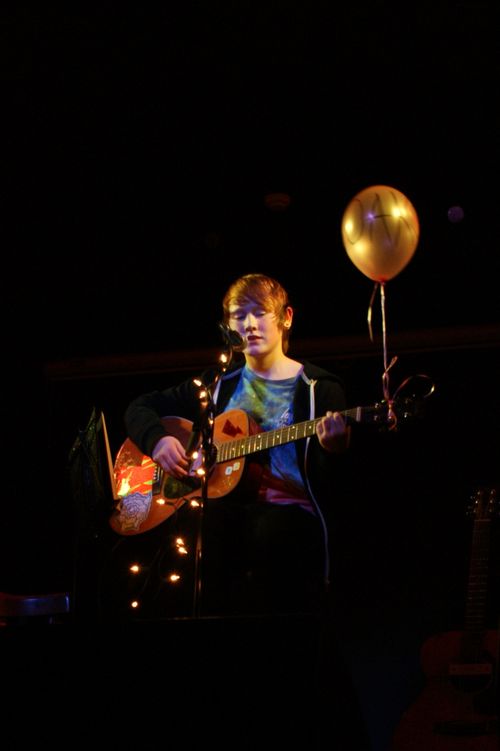 My first week at home in Dublin has been filled with folk music, beginning on Wednesday with an intimate gig in The Workmans Club for SOAK and VerseChorusVerse.

It's both difficult and easy to believe that SOAK is only 16 years old. The Northern Ireland native has a magnificent raw talent; pitch perfect and enthralling in her live performance, something that many people can only achieve after years in front of an audience. It was only between songs when she told anecdotes about her day in the city that you remembered she was still a teenager. Without a doubt, she has a very bright future ahead.

SOAK performing one of her songs, Sea Creatures, earlier this month. 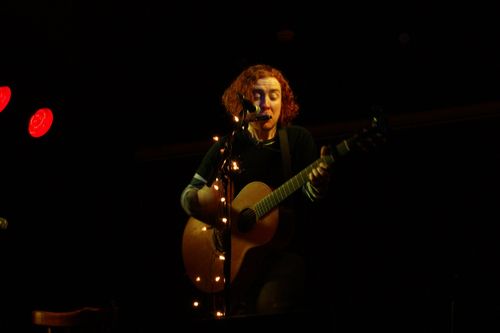 VerseChorusVerse in The Workmans Club

The second act of Wednesday evening was VerseChorusVerse, another Northern Irish musician, famed for his years with instrumental rock group ASIWYFA. His new act is much more pared back than his earlier work, with a mouth organ being the only variant from his powerful vocals and acoustic guitar. Engrossing, emotive lyrics facilitated such a passionate performance that could only ever be justified in a live scenario. 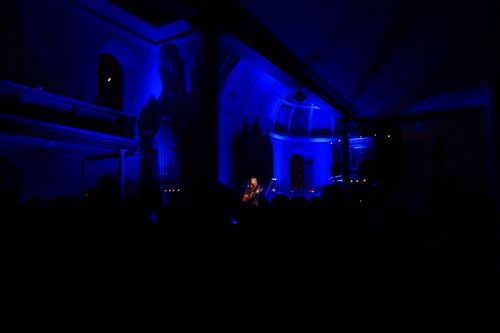 Beth Orton in the Peppercanister Church

A dramatic change from the humble Workmans Club, on Friday evening I found myself in the glorious surrounds of the Peppercannister Church for British folk legend Beth Orton on the final day of her European tour. Her husband Sam Amidon opened the show with his melodic voice, dedicating my favourite song of his, Saro, to his wife who was celebrating her birthday that evening. He returned to the stage later to accompany her on several songs, the energy between them palpable to everyone present. The church served as a perfect venue, brilliant acoustics let the music travel to every corner; while green, blue and red lighting truly enhanced the overall mood. I only wish my camera had a video function so that I could have better captured what surely was a magical night.