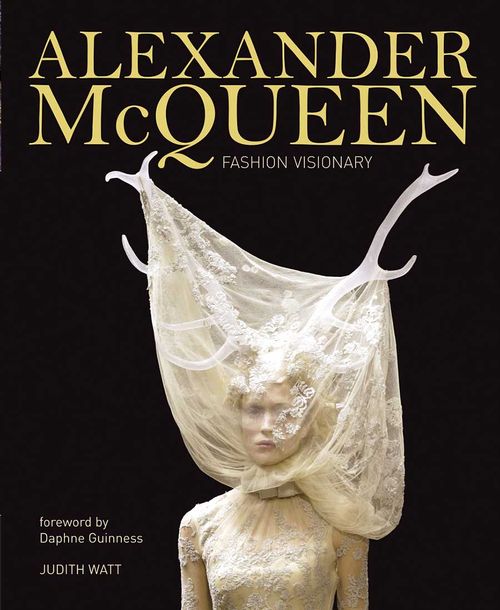 Judiith Watt's new book celebrates the iconic Alexander McQueen with a salute to the artistry of his work and the book contains first hand interviews with some of the people that worked closely with McQueen over the years and as well there are many previously unseen photos from his early years. The book takes us on a journey from work before Central Saint Martins to his latest designs created before his untimely death.

Judith Watt is a fashion historian. She teaches the history of fashion at Central Saint Martins College of Art and Design and is Course Director. She is the author of VOGUE ON Elsa Schiaparelli, Dogs in Vogue, Ossie Clark 1964 – 74 and the editor of The Penguin Book of Twentieth Century Fashion Writing. She also writes for Vogue and is a contributing editor at Acne Paper and a commentator on contemporary fashion and history of fashion on tv and radio.

The book is published in hardback by Goodman Books and will be released November for 30 GBP.