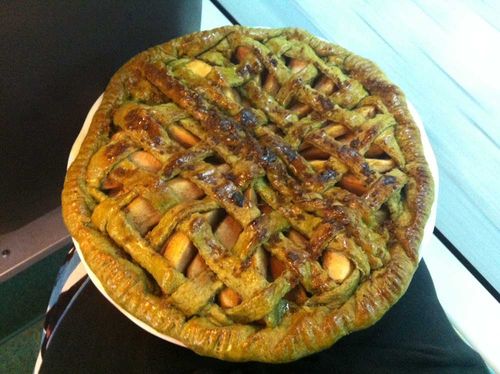 Sayoko's macha pie has arrived at Headquarters so between the intense ASVOFF 5 festival preparations there will be a short break to celebrate Sayoko. Macha pie made with 10 pears and lots of love by Valentin Jardinier Almodovar. 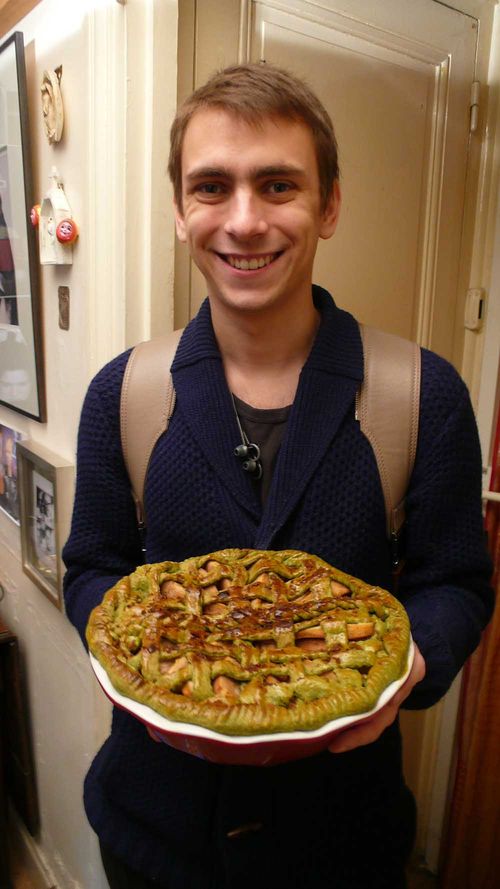 Valentin Jardinier Almodovar and 'the pie'. 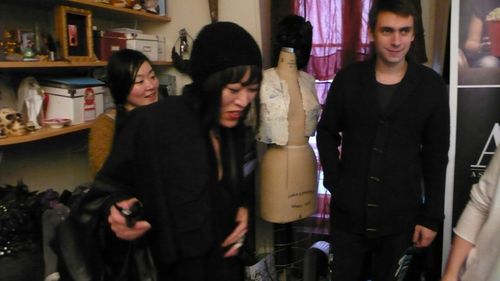