Maria
Callas and Pier Paolo Pasolini enjoyed  a playful
reciprocity of feelings. Their relationship began in a   platonic
way and that is how it remained during the making of the film Medea and their friendship remained long after the film was finished.

Maria knew the limits but was determined to go beyond them.

The saying goes that Pasolini told her that apart from the mother, she was the only woman that he ever loved.

The close-up kiss is the only public one, with it the magazines and newspapers went wild and announced their imminent engagement. Of course there was no truth to that. 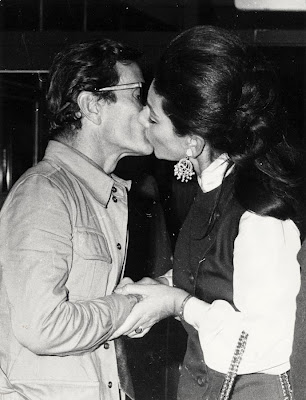