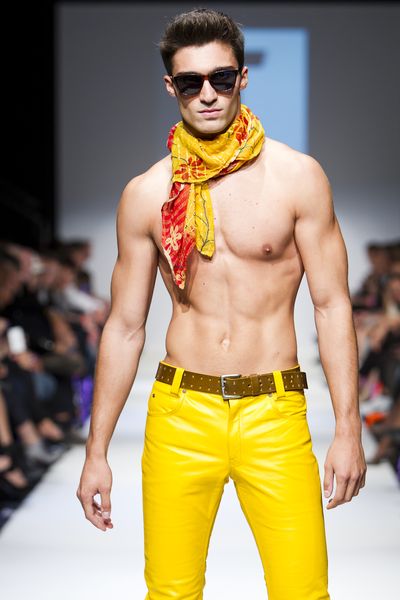 Muscles & chiffon at Tiberius. As you’ve probably gathered by now, I can’t get enough of this model.

Last month I was in Vienna for six delightful days covering the yearly fashion week, which takes place in the superb Museum Quartier. So, in addition to all the catwalk shows, champagne and nibbly bits in the VIP tent, half-naked hunks backstage, and chit-chat with my Viennese friends, I also had time to take in the Reflecting Fashion show at the MUMOK and gaze at some gorgeous Gustav Klimt paintings at the Leopold Museum. Here are the remaing highlights from the catwalk and beyond. 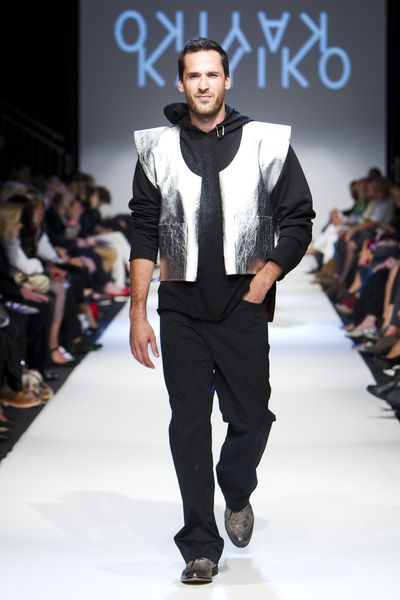 I was mad for the futuristic vibe at Kayiko. The silver-metallic leather pieces were the standouts for me. Kayiko is a “private luxury label” designed by Karin Oebister and offers exclusive limited-edition and individual pieces with a “less is more philosophy.” The soundtrack for the show was a real treat: a recording of Richard Burton (one of my favorite actors of all time) reading the opening paragraphs of H.G. Welle’s “The War of the Worlds” mixed with some electronic beats. I was in heaven. 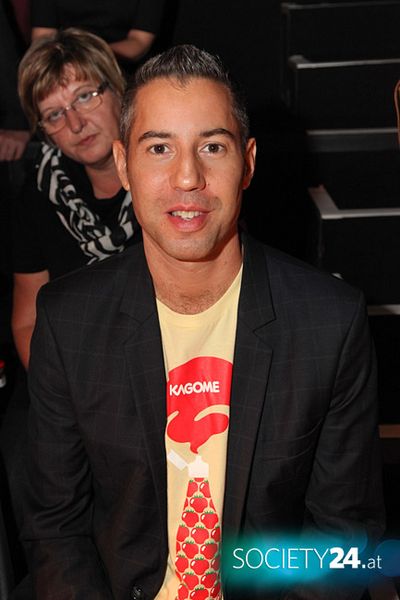 Before one of the shows I was photo-bombed by Angela Merkel! 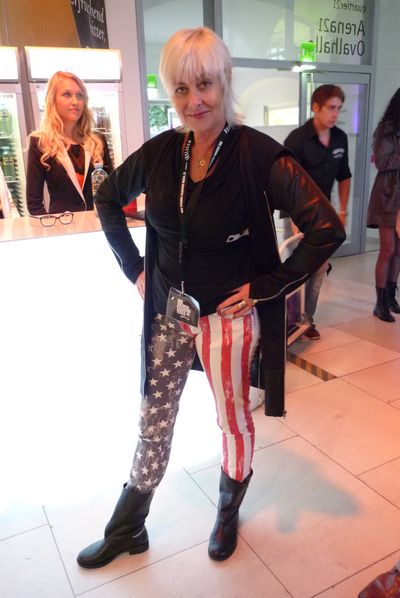 It was great seeing my friend Zigi Mueller, one of the organizers of MQVFW, again! She is rocking her rain boots because we had quite a steady downpour one day. 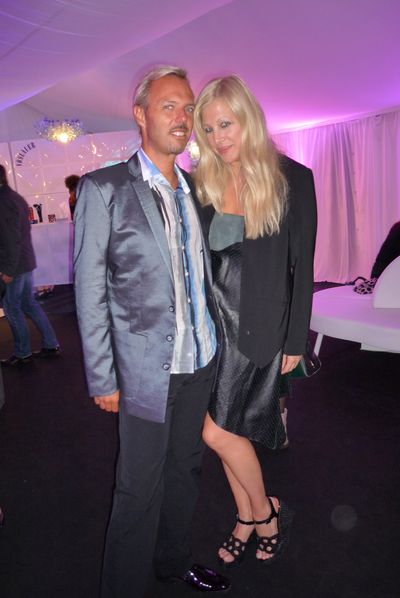 Christian Halper, owner of Tian Cafe–a new vegetarian restaurant in Vienna–and Elvyra Geyer in the VIP tent after the Shakkei show. Christian is wearing an ensemble from Shakkei. I love his jacket. 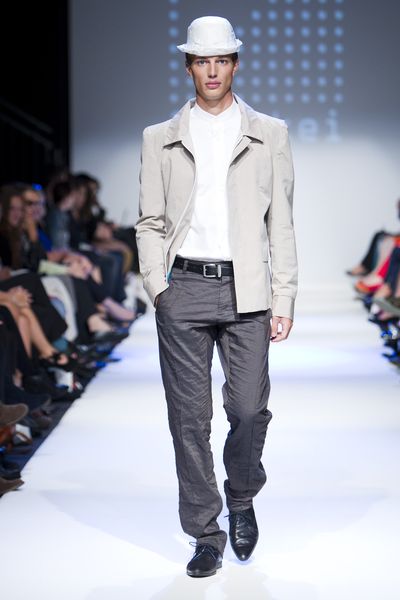 Tanja from Courage PR took me to a divoon lunch at Tian Cafe. I was over the moon for this salad which starred Lilliputian cucumbers. It looked like an Yves Tanguy painting! 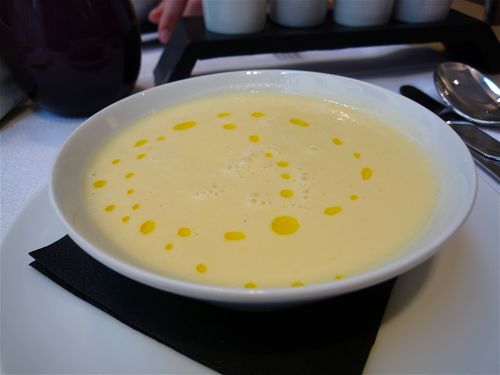 As it was a chilly, rainy day, this parsnip soup really hit the spot. The polka-dot accents of olive oil gave it an air of Yayoi Kusama! 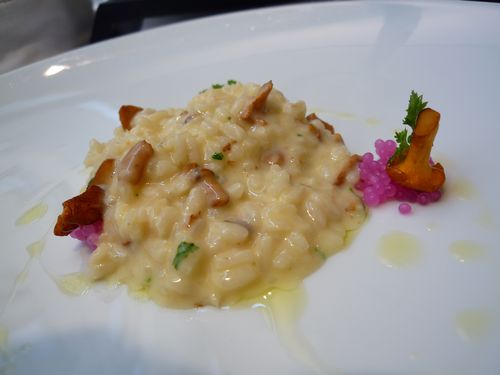 The decadent risotto boasted chanterelle mushrooms, only available during this time of the year. It was worth the near-devastation of my girlish figure! 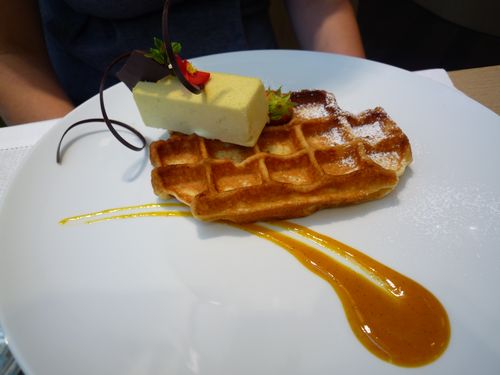 You haven’t had a Belgian waffle dessert until you’ve had Tian’s version. Not one for restraint, the chef includes an entire bar of banana creme perched atop the browned-to-perfection waffle. Spoil me! 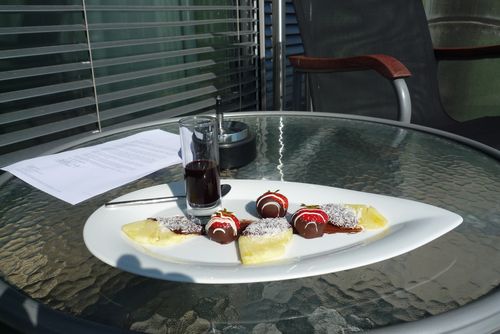 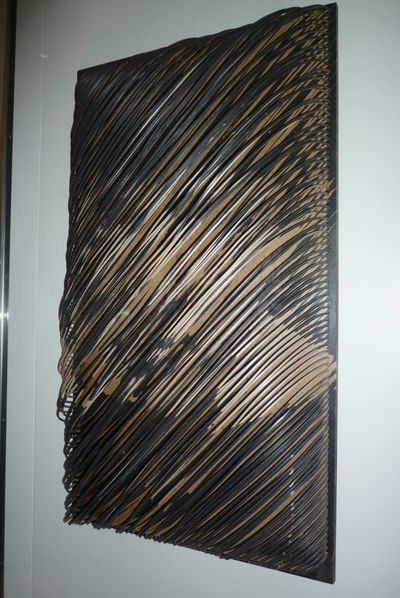 This new work of art in Le Meridien’s lobby features the visage of Oskar Werner, which I could only detect in my photos. Werner (1922-1984), born in Vienna, was an actor who worked with Truffaut and Stanley Kramer, among others. He starred in the 1966 Golden Globe winner “The Spy Who Came in From the Cold.” Spencer Tracy once called Werner “the best actor in the world.”

I love the lobby of Le Meridien because it ALWAYS smells really amazing. The way a lobby smells is of utmost importance, because it sets your mood as you enter and exit a hotel. I wish all hotels would realize this! I also love the sound piece in Le Meridien’s revolving doors. 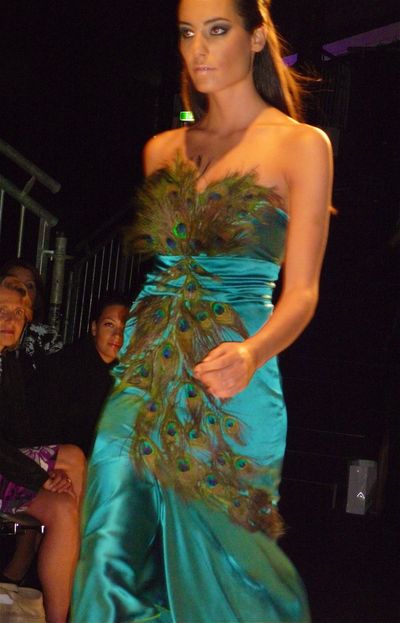 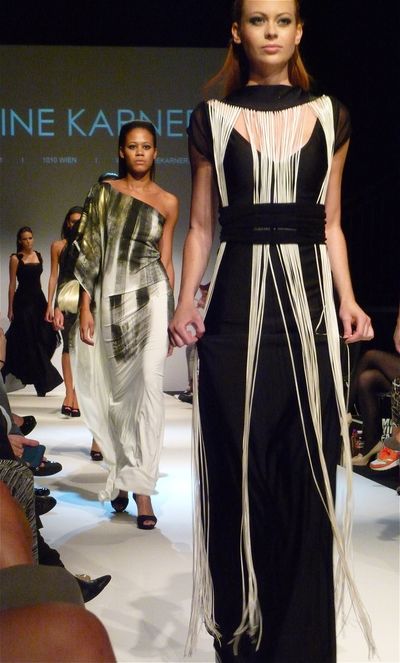 I was transported by the peacock-feather-adorned pieces at Sabine Karner–and the fringe pieces put me in a postmodern flapper mood. 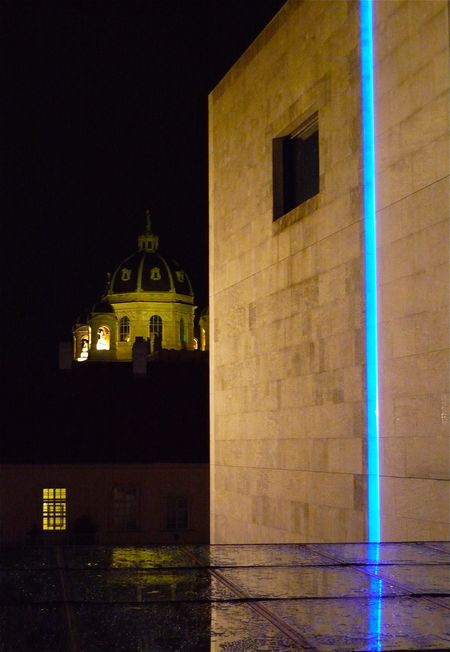 Night at the Museum Quartier: The hallowed Kunsthistorische Museum juxtaposed with a flash of future shock on the Leopold’s facade. On one gloomy afternoon, I was up to the task of recreating the foreboding opening shot of “The Night Porter”, when Dirk Bogarde strides through the Kunsthistorische’s courtyard, passing the massive Queen statue. But this year the Queen is enveloped in impentrable layers of scaffolding! I guess it was high time she had a facelift. 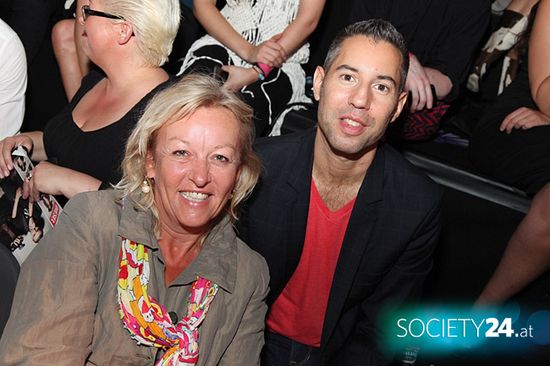 I made a new friend during the opening-night extravaganza. We talked at length about China. 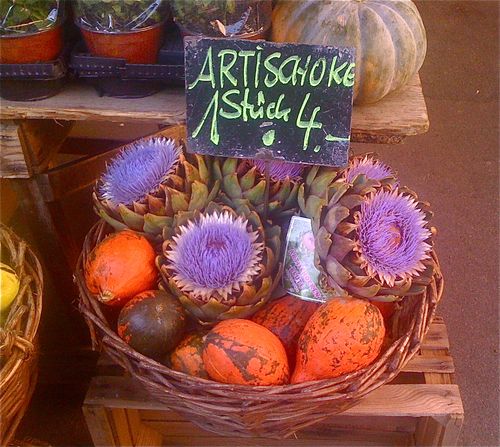 Autumn blooms in the Naschmarkt. On my last day in Vienna, I had a lovely breakfast here with an Austrian gentleman whom I met in passing.

Some of my other reports on MQVFW: 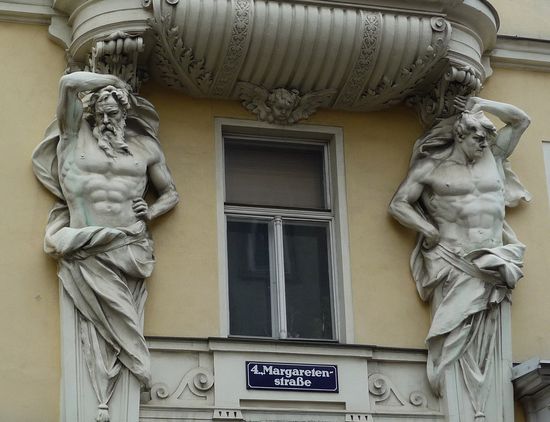