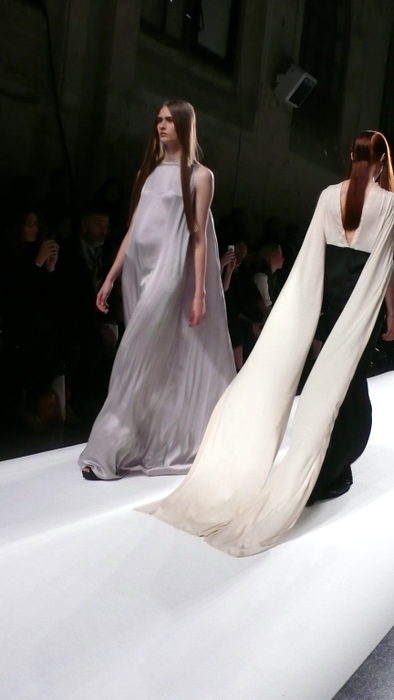 Ann Demeulemeester's collection was subtle, precise and inspiring. Her tailoring was masculine and razor-sharp, contrasting with fluid fabrics, generous volumes and extra long sleeves, which brought Japanese kimonos to mind. The color palette was precious, from oyster gray and deep purple to cream and solid black. Many looks were belted to add structure and poise. Sensuality, femininity and discipline were some of the keywords defining this striking show, which was soulful and grounded at the same time. 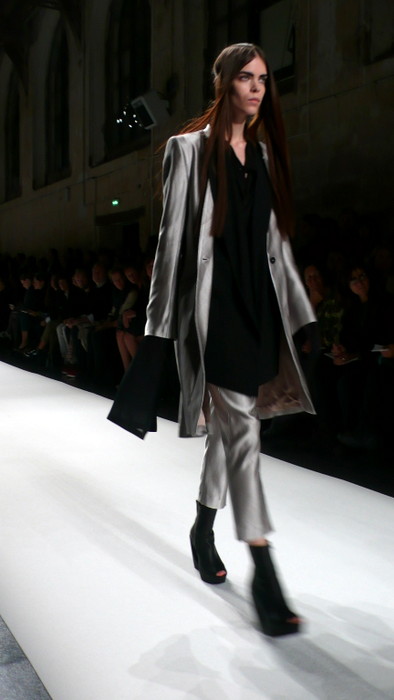 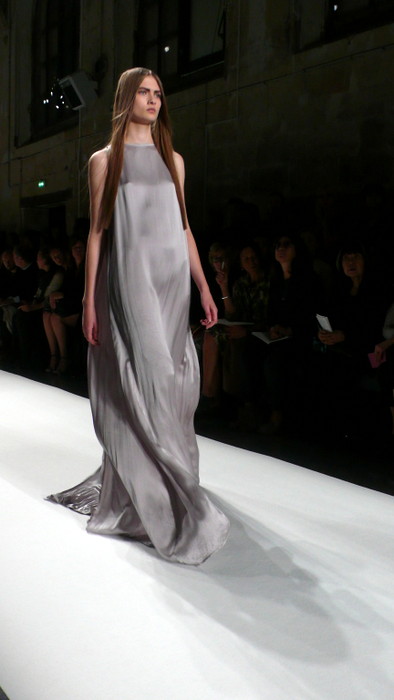 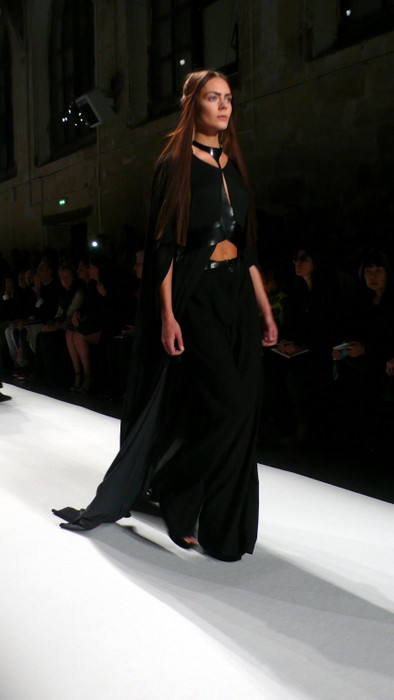 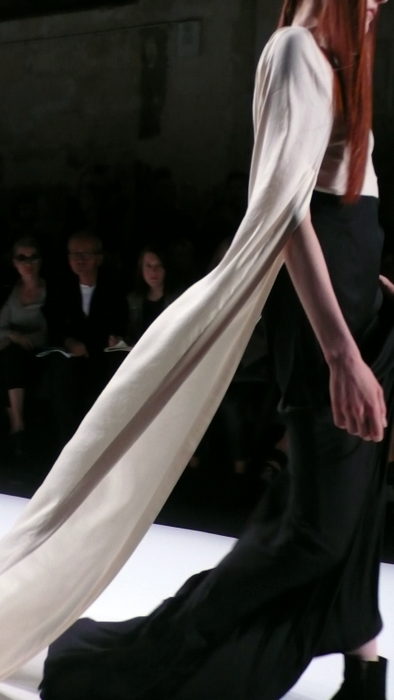