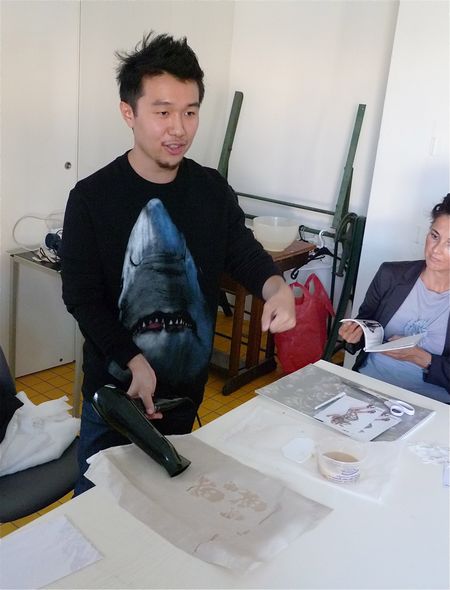 Zigi Mueller and Maria Oberfrank, organizers of MQVFW, invited Thai designer Khatikasemiert Chalemkiat (but he usually just goes by Pop–I know, much easier, right?!) of the label Wonder Anatomie to do a residency in the Museum Quartier this year. The day after his catwalk show, he did a workshop where he showed us step-by-step how he creates his burn-out patterns. (Unlike fellow MQVFW designer Mariella Morgana, Pop uses some kind of acidy porridge instead of a creme brulee torch.) He then washes it in some water, blow-dries it, irons it, and voila!

Some background: Pop graduated from Bangkok Fashion Academy and continued his studies at Institut Francais de la Mode in Paris. After his internship at Maison Martin Margiela, he founded Wonder Anatomie in 2009. 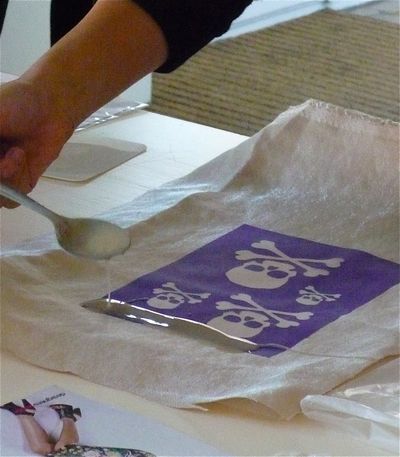 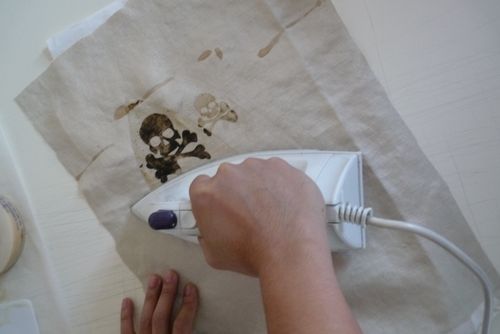 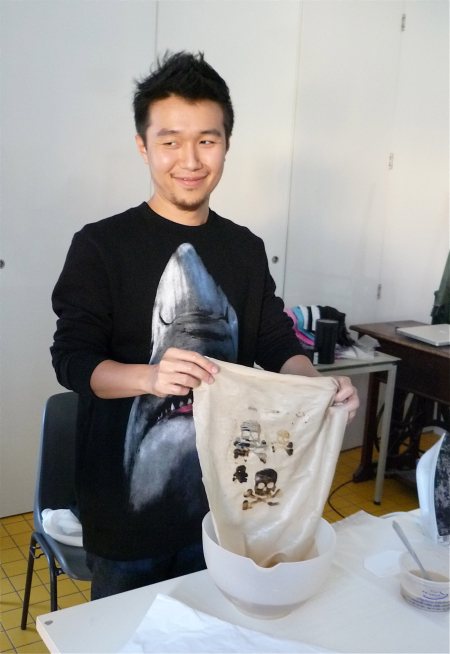 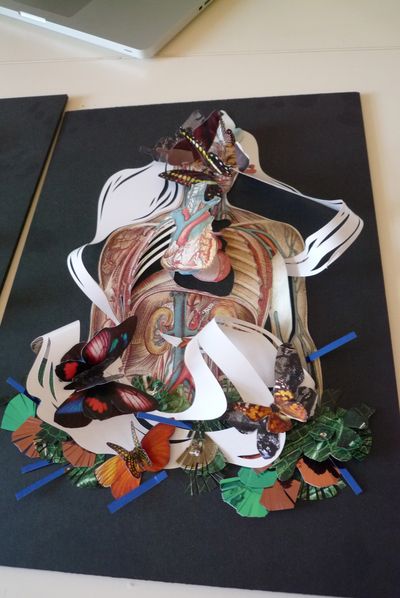 Some of the prototypes for the patterns that appear on Pop’s clothes. The theme for this season’s collection is “Tattoo after death.” 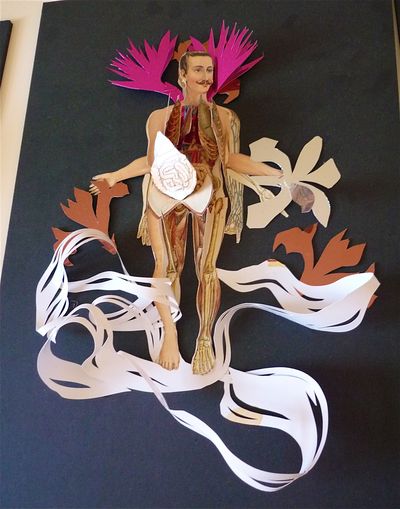 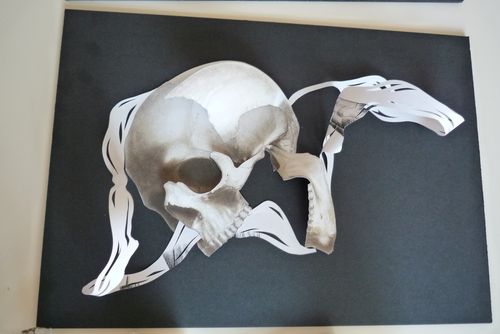 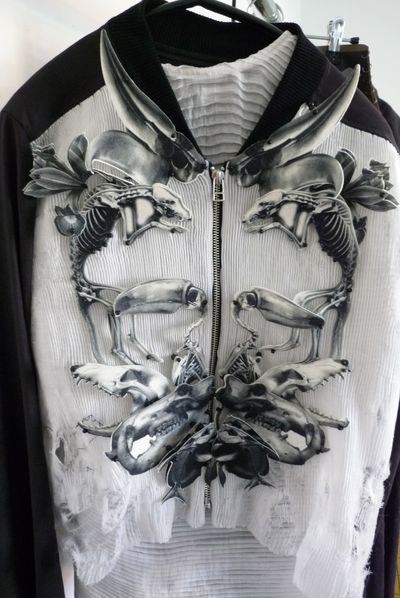 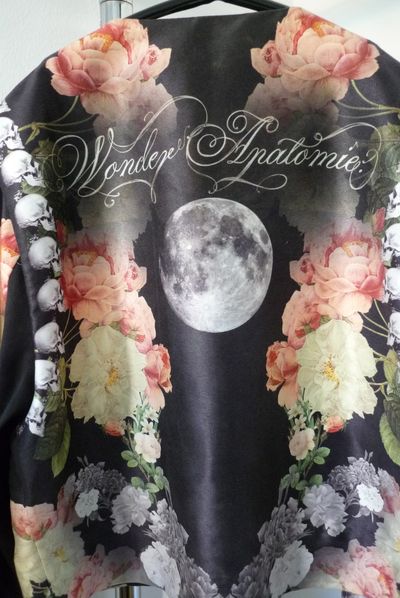 Pop showed with a few other Thai designers the day before his workshop. The Thai Embassy was in attendance and we enjoyed a Thai feast after the show. 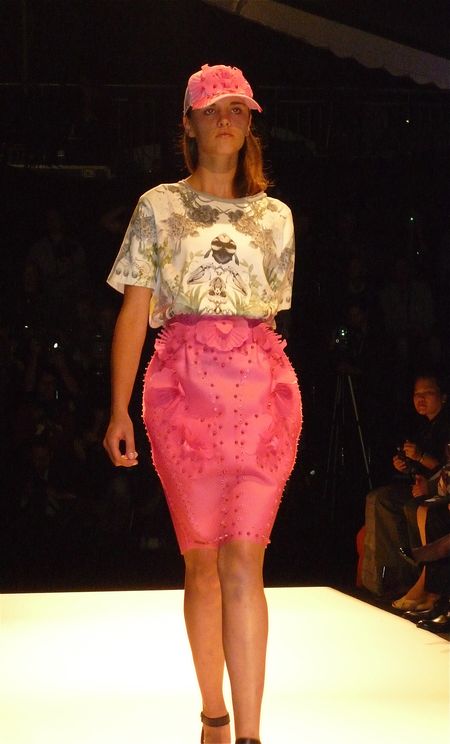 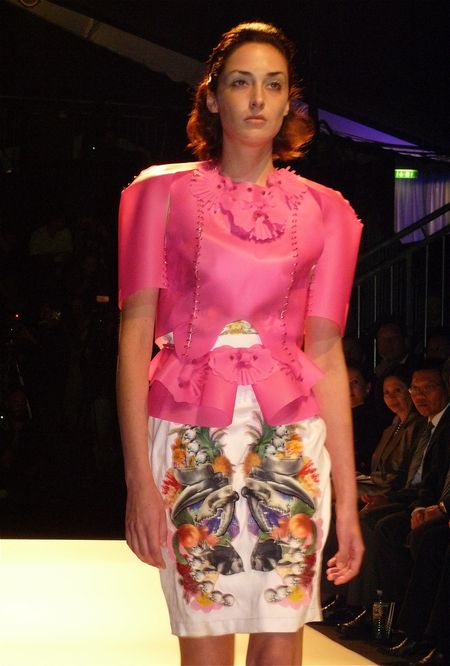 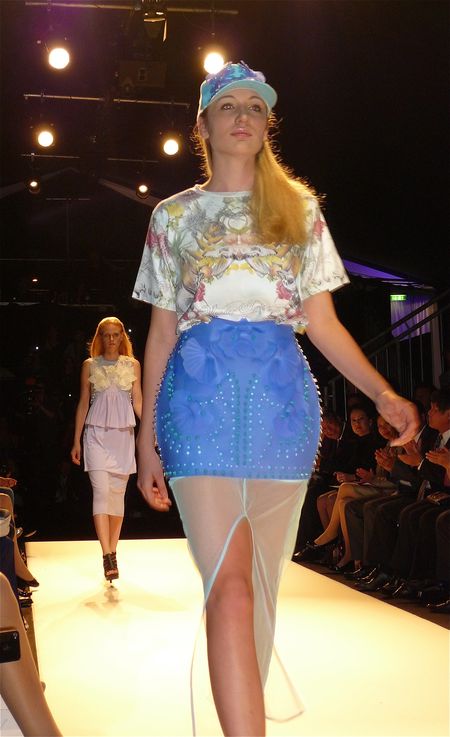 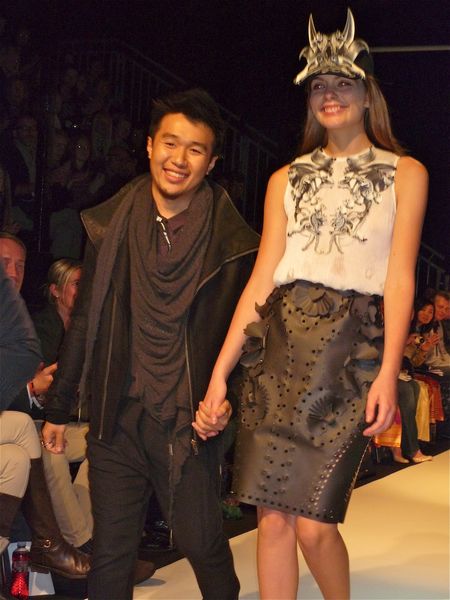 My other reports on MQVFW: