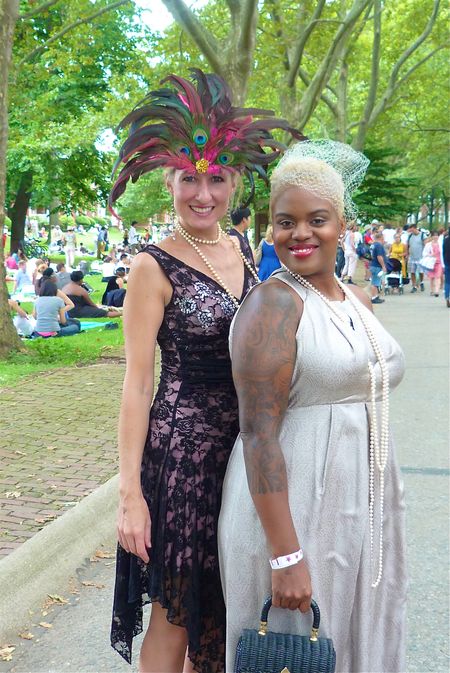 On Sunday my friends and I took the free ferry from the Battery Maritime Building to Governors Island, which was an American and British military base for over 200 hundred years, up until 1995. It’s full of wonderful old and abandoned buildings from days gone by, and the 1920s houses on Colonel’s Row are the perfect backdrop for the the Roaring ’20s Jazz Party which happens 4 times every summer. 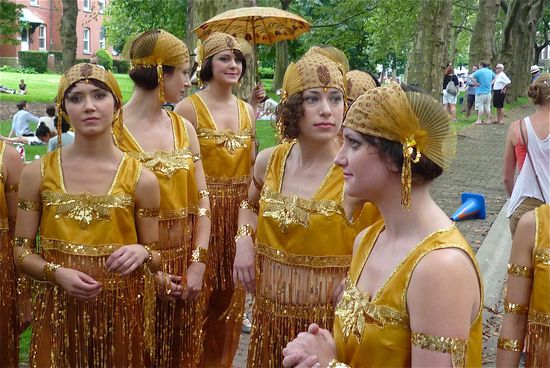 When my friend Bruce LaBruce saw this photo, he remarked “If they’re looking for the premier of Baz Luhrmann’s ‘The Great Gatsby’, it’s been pushed back to 2015…” 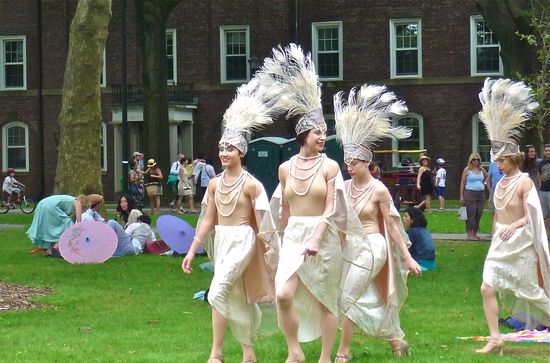 Mrs. Vreeland and I are in agreement: The Twenties were SUPERB. 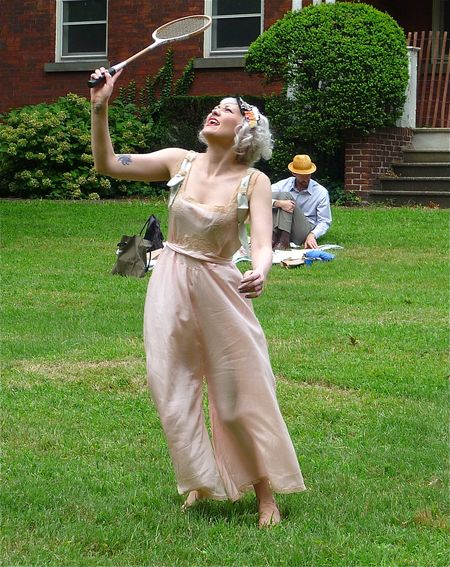 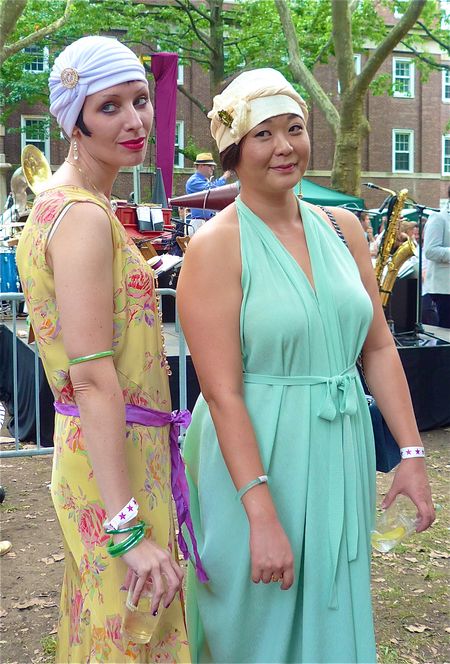 Above: It’s fairly easy to slap on a flapper dress and a few string of pearls to get that ’20s look, but this young lady on the left….okay, THAT’S a real 1920s physiognomy. Divine. 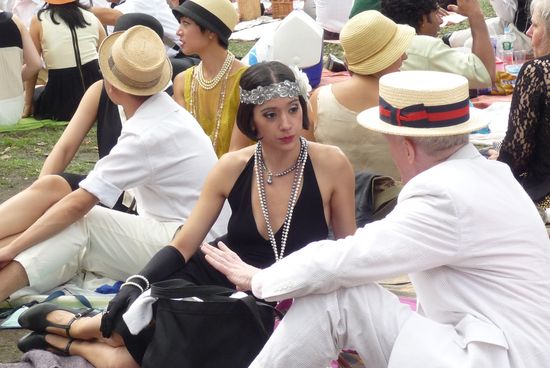 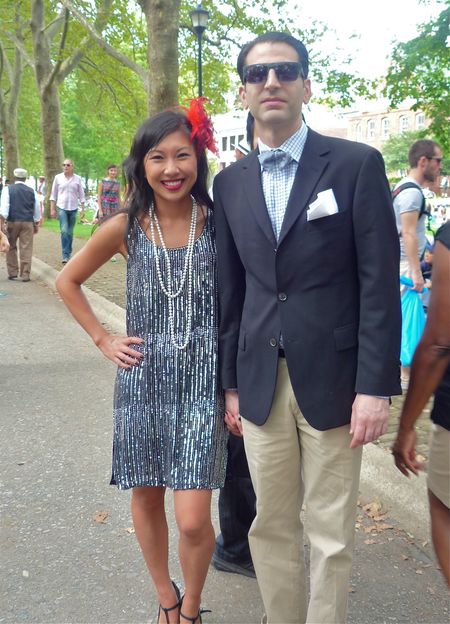 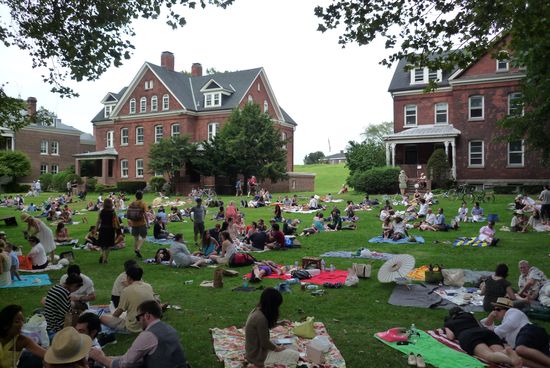 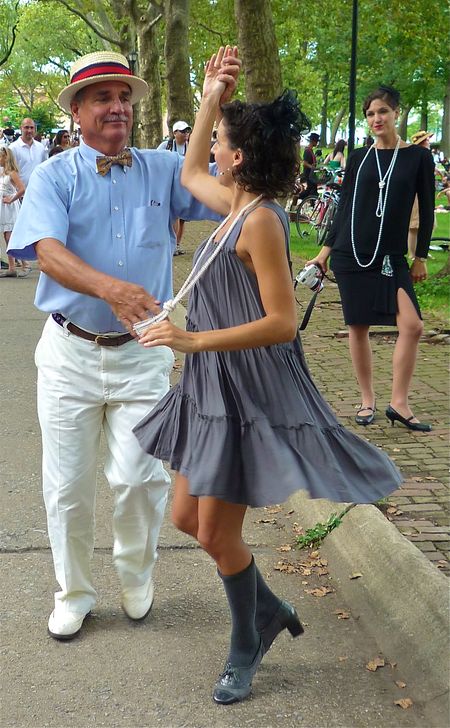 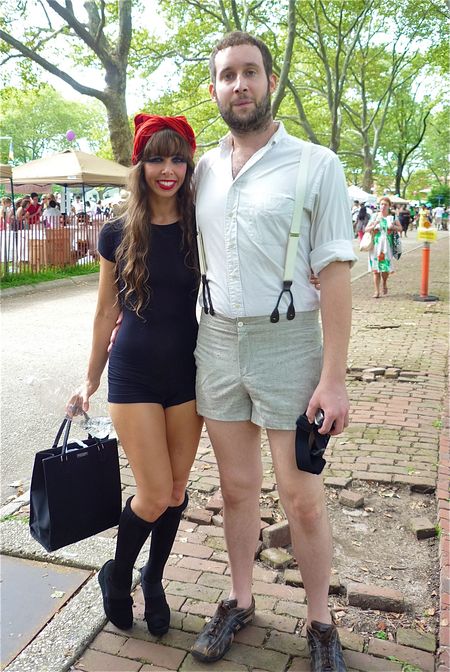 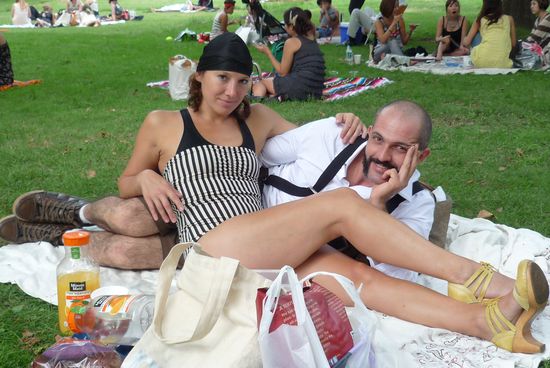 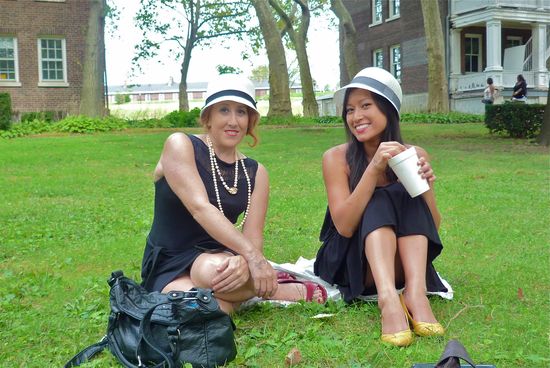 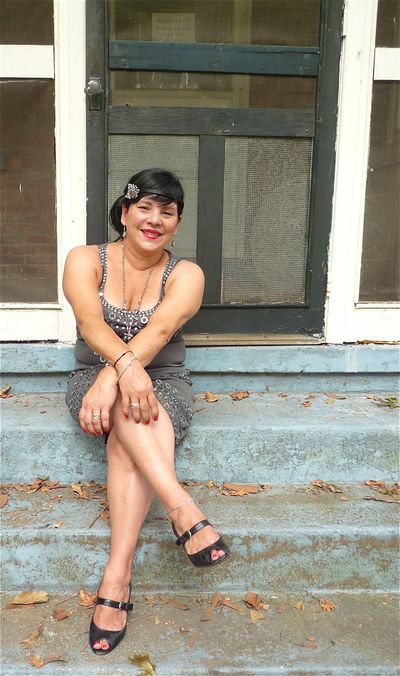 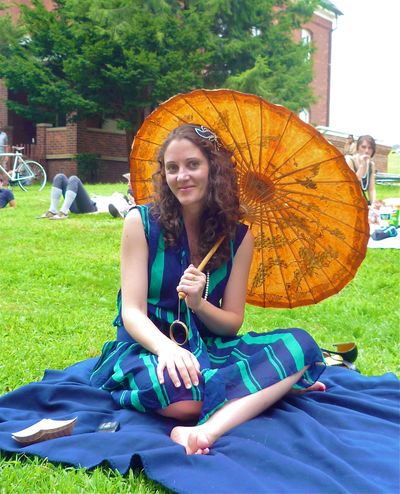 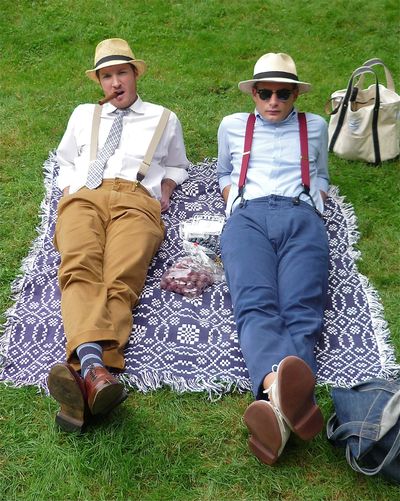 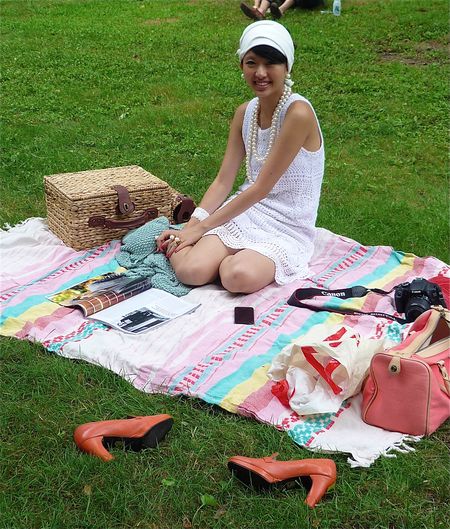 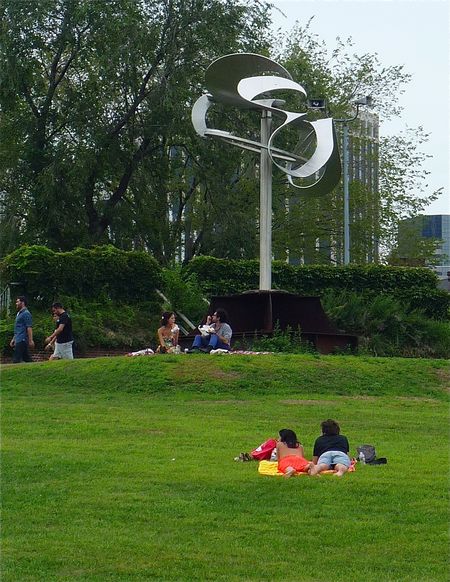 Governors Island is sprinkled with many formidable Mark di Suvero sculptures. This was one of my favorites. The new World Trade Center buildings rising up in the background… 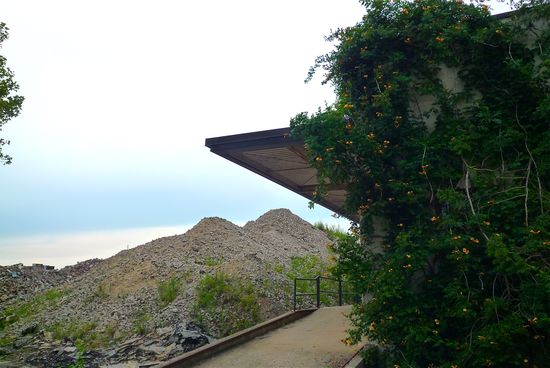 An abondoned strip mall–probably from the ’80s or ’90s–near piles of rubble. There’s a huge area of the island that’s being converted into new public parks. 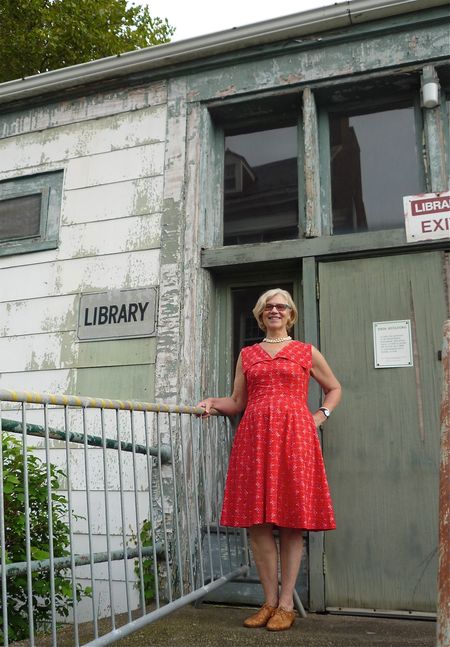 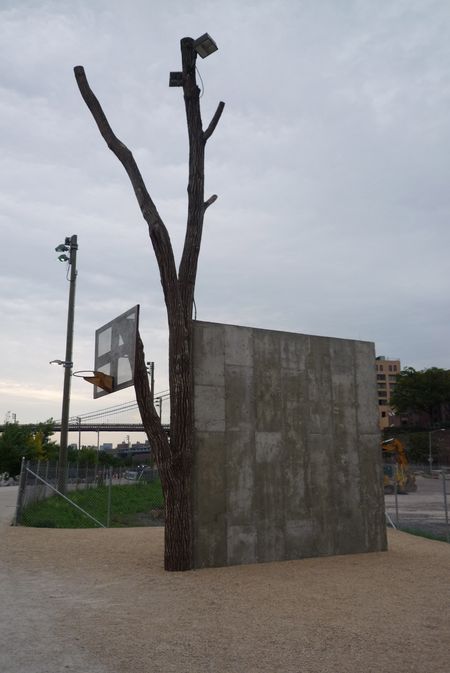 We took the Brooklyn Ferry back to the “mainland” which lets you out at the new Brooklyn Bridge Park. It’s full of quirky details like this postmodern basketball court. 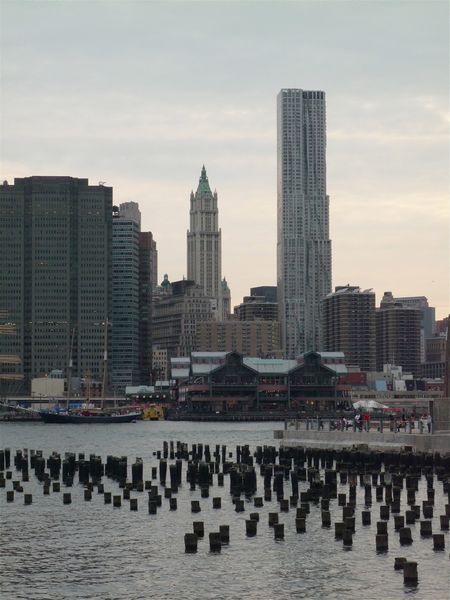