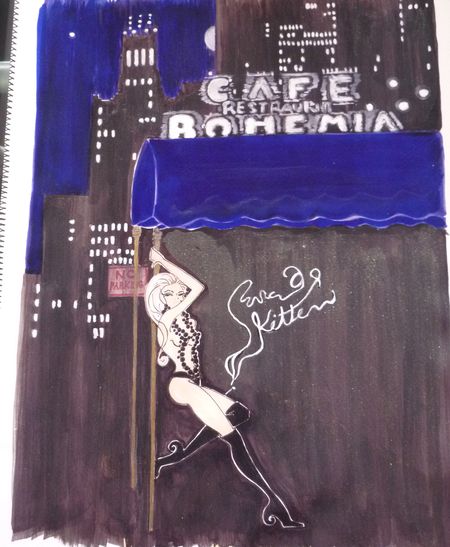 Above: Eve Kitten warms up for her entrance into Cafe Bohemia. Illustration by Nancy Bacich 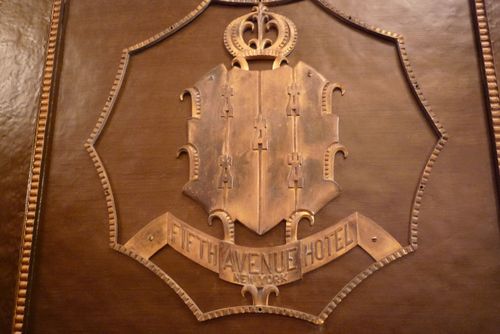 24 Fifth Avenue was built in the late 1920s and for decades was a grand hotel. Nancy moved here back in the ’70s when she was a student at Parsons School of Design (with Anne Klein Scholarship), and used to hang out with Stevie Wonder in the hotel’s ground-floor restaurant, Feathers. 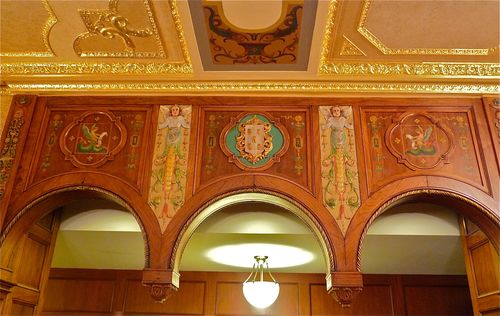 The stunning lobby is the same as it was in the ’20s. 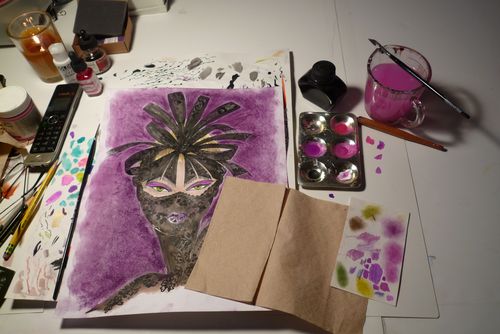 Artist at work! Nancy’s desk in her cozy apartment. 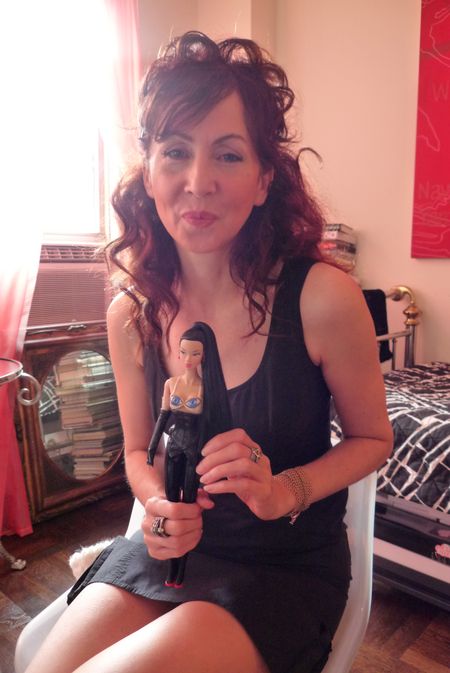 Nancy and one of the many incarnations of Eve Kitten–Surrealist Eve. The illustrated character of Eve Kitten was created by Nancy in 2005, and has appeared in a series of glamour-fueled tales based on her life in the big apple. She soon evolved into a series of dolls and what I like to call “a freelance glamour puss” where she has joined forces with a variety of brands: MAC Cosmetics, Jason Wu, Stephen Knoll and chocolatier Fritz Knipschlidt. 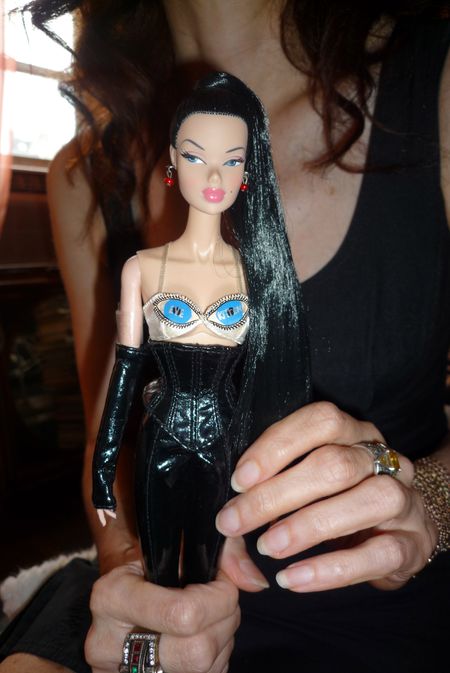 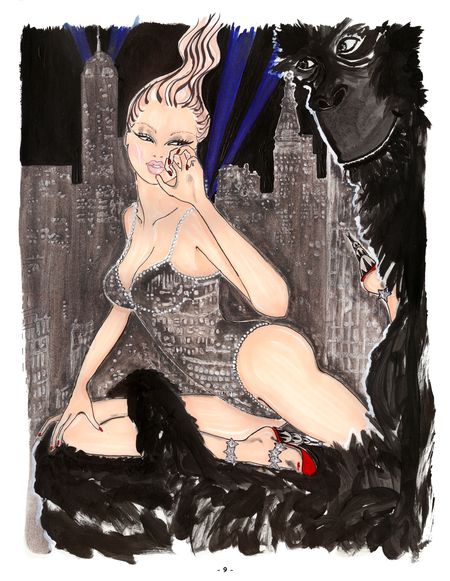 “Whatever happened to Fay Wray? That delicate, satin-draped frame…” She’s been replaced by Eve Kitten! 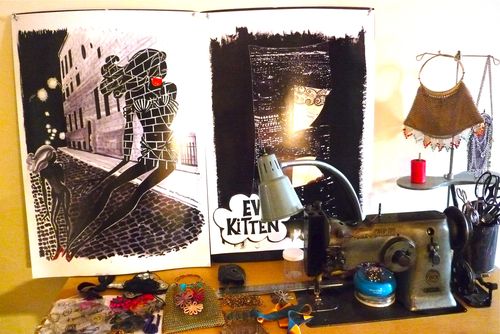 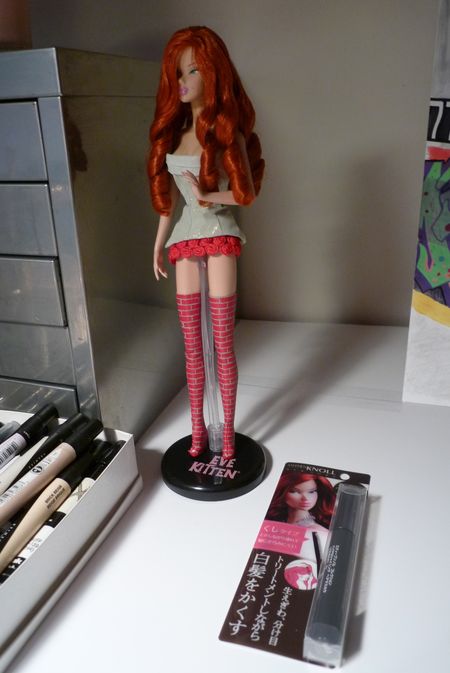 Partnering with Stephen Knoll, an Eve Kitten-branded hair mascara was a hit in South Korea. 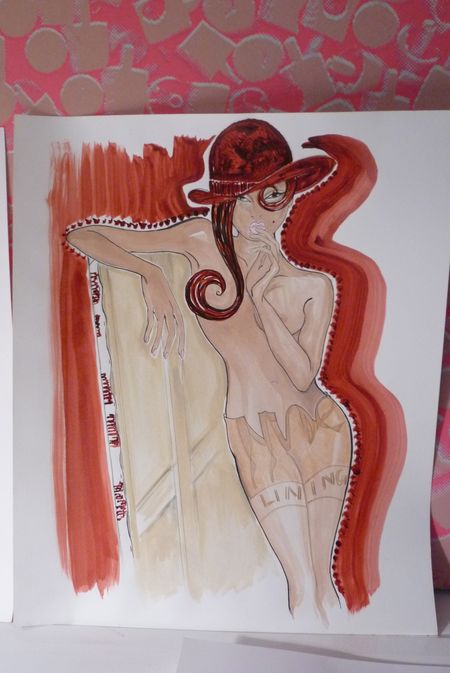 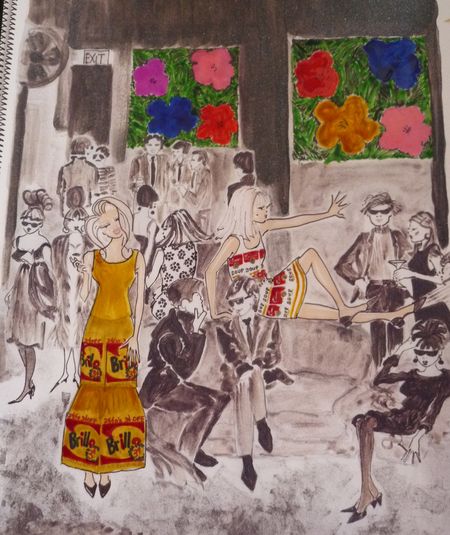 Eve Kitten is also a time traveler. Here she is hanging out at the Factory. 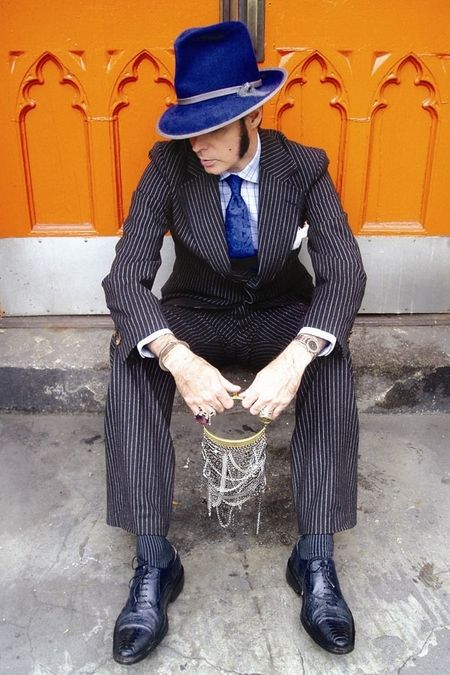 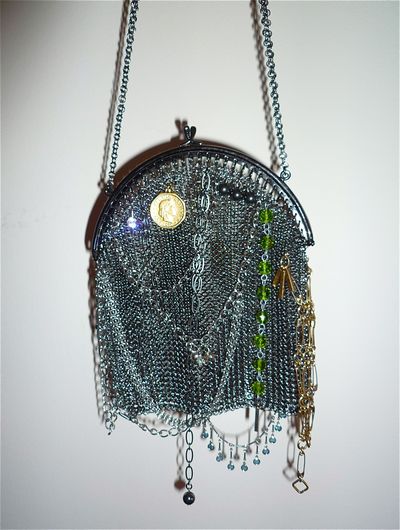 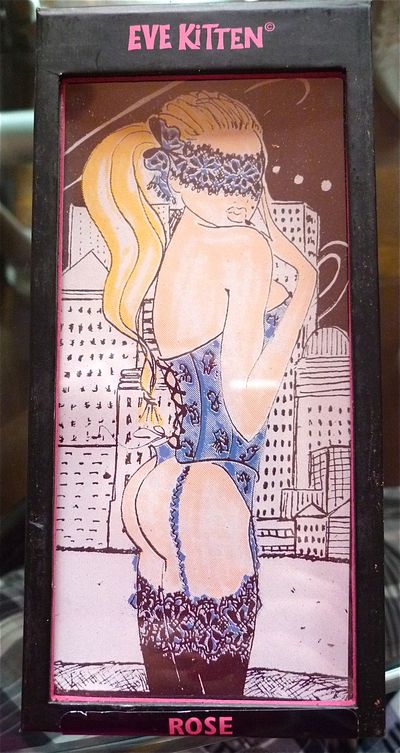 One of the limited-edition Eve Kitten chocolate bars created by chocolatier Fritz Knipschlidt that caused a stir among Manhattan’s chocoholics. (The New York Times called it “the most inspired chocolate design at New York’s Fancy Food Show” in 2006.) 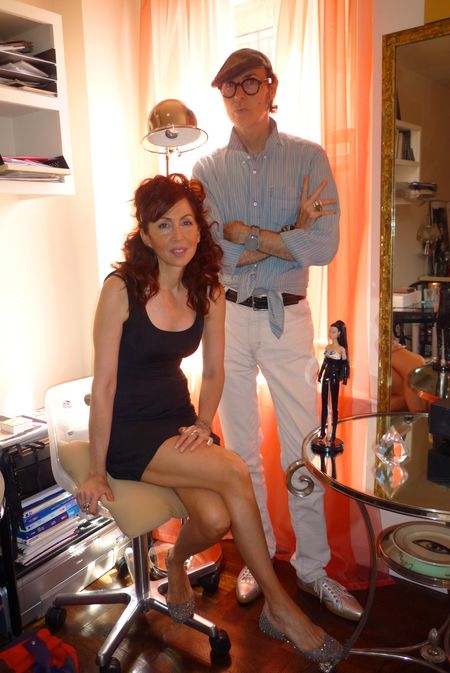 Nancy and Patrick. Nancy’s curtains remind me of some of the gauzy scarves Marilyn Monroe was draped in during the notorious Bert Stern photo session. 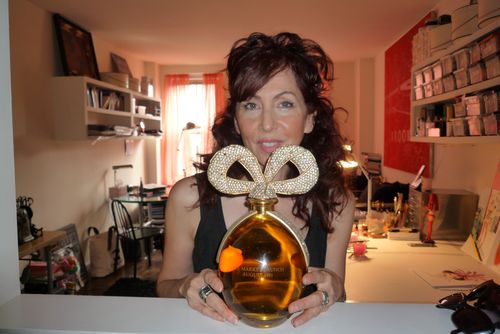 Nancy and her trophy bottle of White Diamonds. 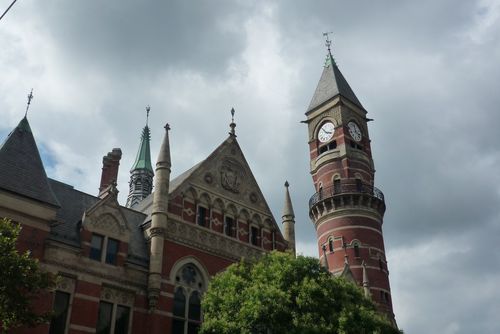 In 1927, Mae West arrested for the crime of “indecency” as a result of her Broadway show SEX. Her day in court was in this building, the Jefferson Courthouse, now the wonderfully preserved Jefferson Library on 6th Avenue at 10th street, just a block away from Nancy’s apartment building. After the trial, Mae headed straight for the bar (a speakeasy, as this was during Prohibition) at the Hotel Griffou, just a few doors down from Nancy. Edgar Allan Poe also used to drink there. 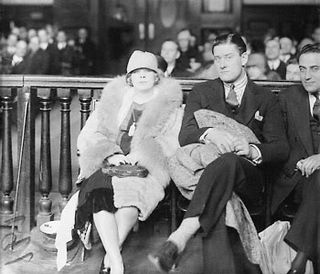 Mae West’s day in court at the Jefferson Courthouse in February 1927. She was charged with indeceny and sent to the women’s jail on Welfare Island. 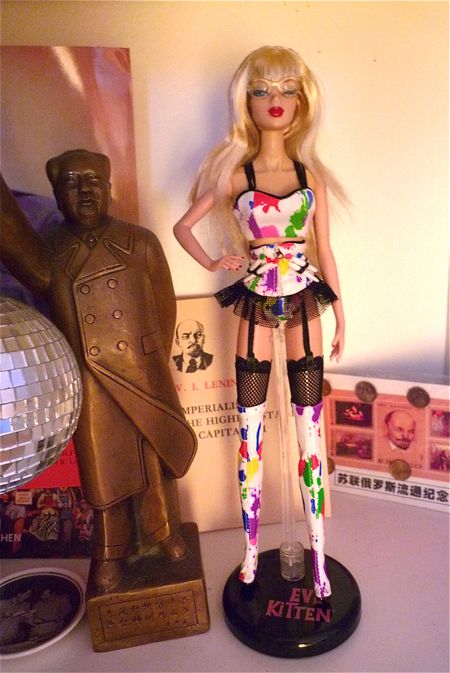 Nancy’s donation to my Mao Room in my apartment: Eve Kitten in radical graffiti artist mode! Now she’s an occidental woman in an oriental mood for love…