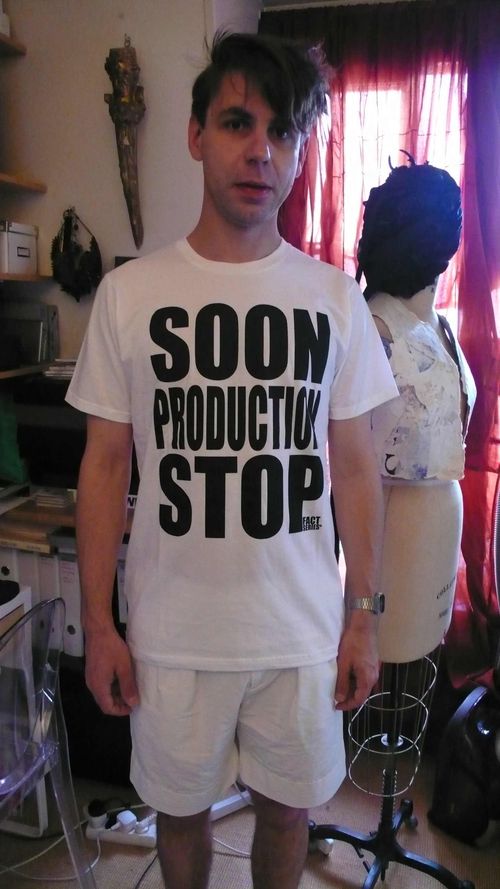 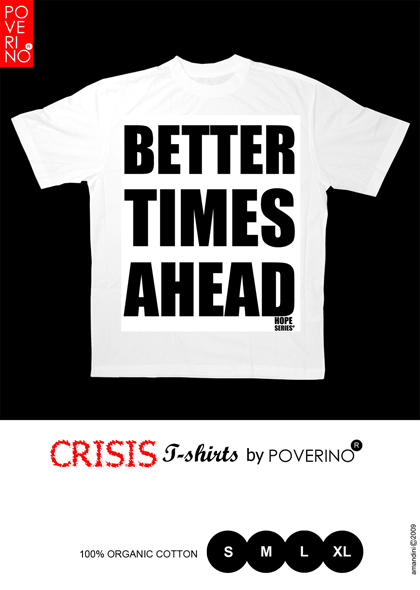 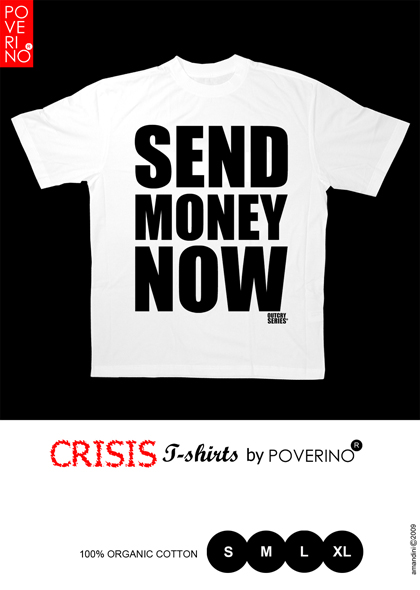 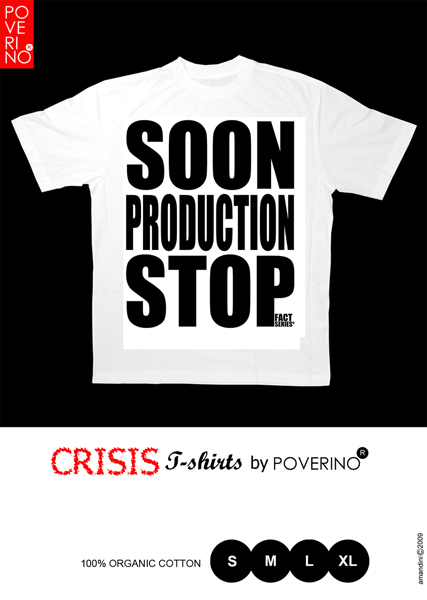 I had a  chat with Giovanni Amandini in London during Men's Fashion Week and I wanted to give you a little more information on the inspiration behind his crisis t-shirts which started with the latest world financial crisis and the consequences of that crisis.

"I have been observing the ways and forms in which the general discontent has been expressed and carried out. Although people have gathered in public places (demonstrations) to show (manifestation) their feelings about the recent events, besides the gathered mass (great ensamble) and the common intention, there has been no pregnant visibility and no permaning trace of the event and of the general discontent. From the common need and will of manifesting and raising the issues in the eye of the public opinion, there is nothing (visibly) left. The mass as an