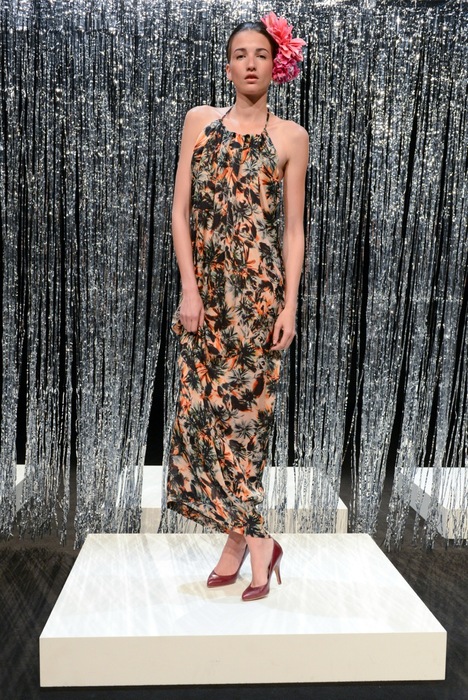 Invited to showcase his latest collection during Berlin Fashion Week, Brussels-based designer Marc Philippe Coudeyre delivered a clear and upbeat message. His women in bloom, wearing flowers in their hair and flirting with the audience, looked festive and real at the same time. With subtle draping, joyful prints and refined fabrics, his collection emphasized graceful femininity. 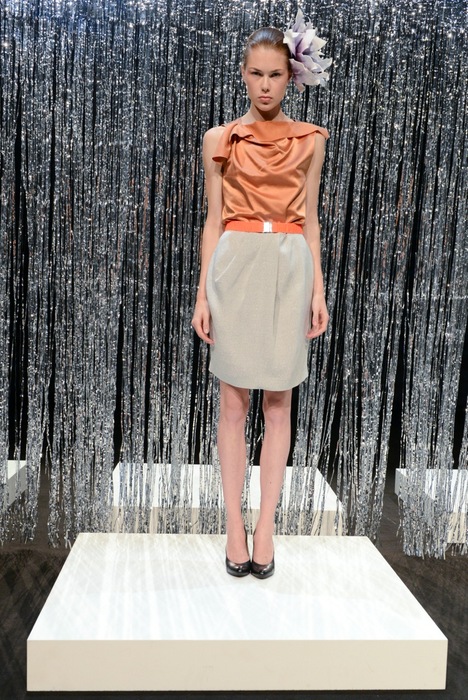 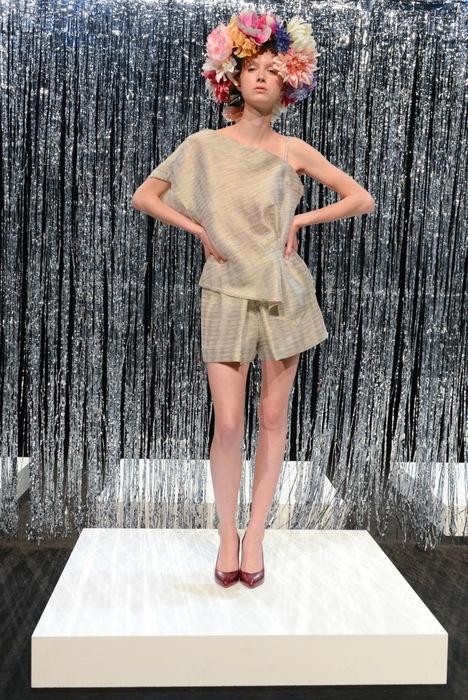 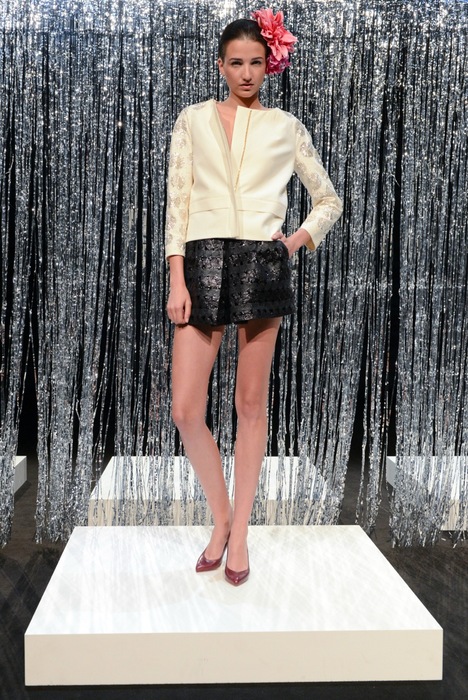 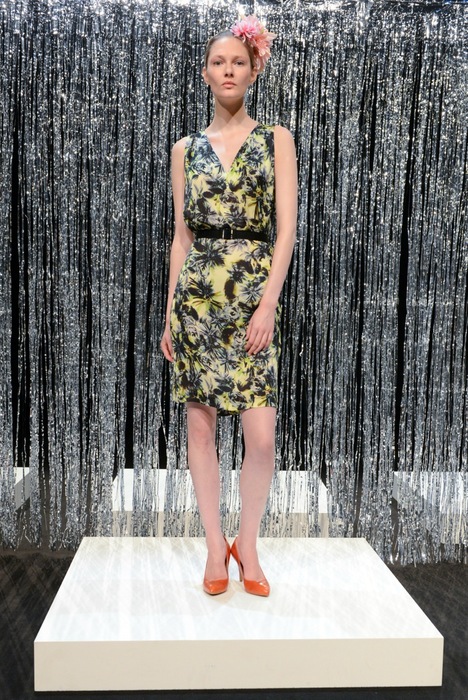