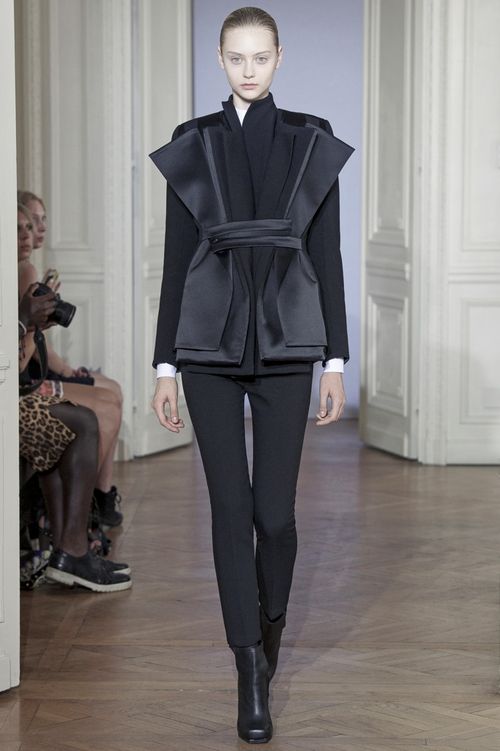 Ever thought Haute Couture could be unisex? After all, I don't see why it should be a female privilege. With its stark lines and deluxe fabrics, Rad Hourani's unisex collection gave Couture a fresh spin, pushing a sleek and urban silhouette. If you're wondering which shade the designer used the most in his show, the answer is simple. Black, bien s