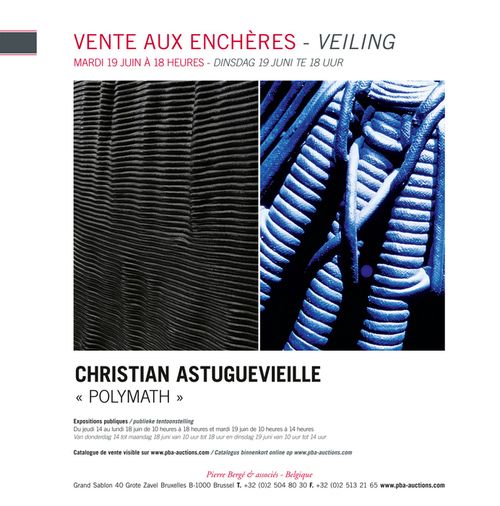 If you are in Brussels tonight, do not miss Christian Astuguevieille's auction sale at Pierre Berg