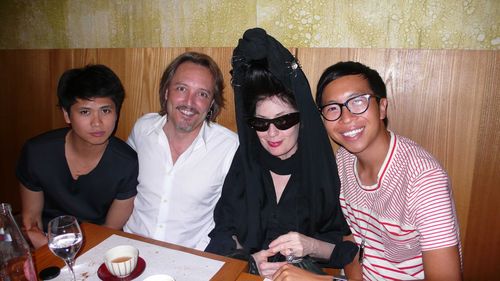 Had a great evening with George, Jed and Justin at YEN. At the end of the evening I asked the waitress to take a photo of us and she was great really cared about the framing and took it from several angles till she found the best one. How often does that happen? 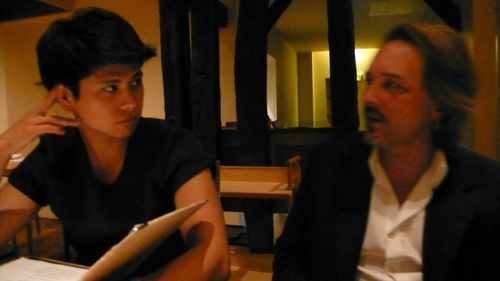 We talked about everything from fashion film to advertising to how Justin took a journey from wall street to filmmaking in 4 short years. His loyalty to the college roomate who took his photos without telling him and showed them to a gallery and that was how  he got his first show and the rest, I'll tell you when I make a little interview with him in July. Neither one of us is going to be in Paris much before then. Happy Birthday Justin Wu, 26.. 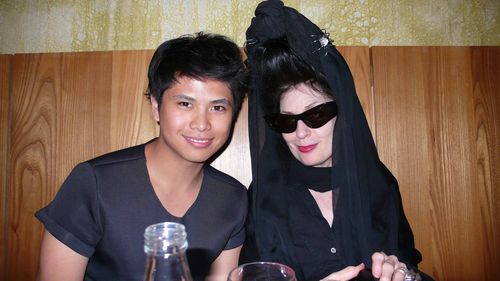 George and I might be cooking up a little contest for you Shaded Viewers but more on that later.