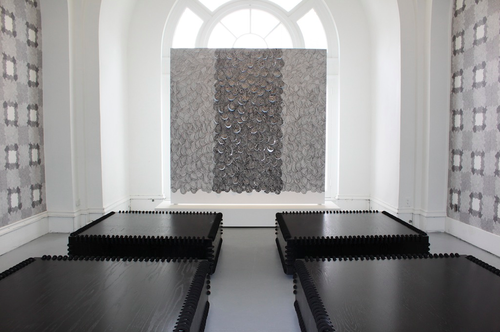 "Master and Servant" by Jason Yates. The mixed-media painting, framed by the window, was created on-site at LOT. The side walls of this gallery space feature Yates' re-positionable wallpaper, sold by the square foot. In the foreground are his beautiful and meditative "Monk Tables." (Two of the tables are in the "Hotel California" exhibition this week with Sight Unseen's NoHo Design District at the Standard East Village in conjunction with the International Contemporary Furniture Fair in NY).

It took me a little bit of time to catch up back in LA and post this. In short, Kentucky is quite fantastic and I want to go back.

I took a last minute trip to Louisville, Kentucky to hit the Derby for the first time and to see Land of Tomorrow Gallery's exhibitions featuring three Los Angeles-based artists: Jonah Freeman, Justin Lowe, and Jason Yates. Land of Tomorrow (LOT) Gallery is a 25,000 square foot project space created to facilitate the making and showing of experimental work in the fields of art, design, and music in Kentucky. 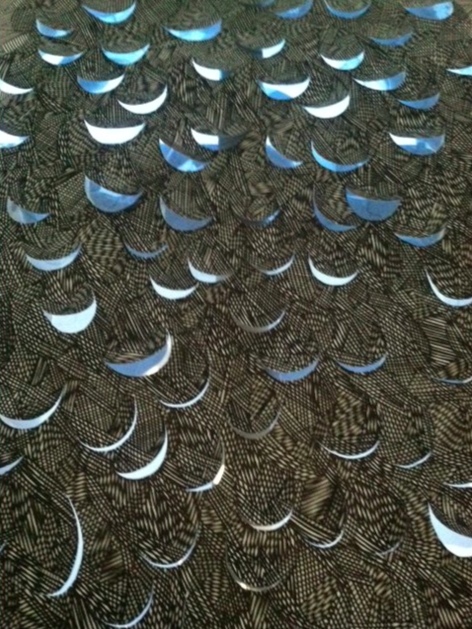 Twilight glows behind my iPhone close-up of the work of Jason Yates. The artist thoughtfully utilized the unique space in Land Of Tomorrow for his installation.

Sam Vinz and Claire Warner of Volume Gallery in Chicago were in town for the opening of their installation in Land Of Tomorrow as well. 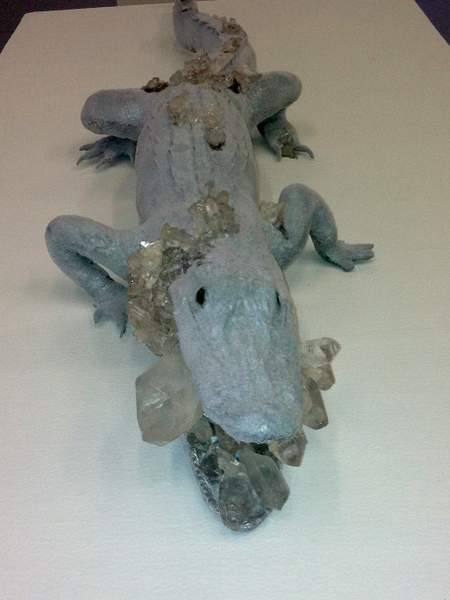 New work as part of the evolution of the collaborative works by Justin Lowe and Jonah Freeman. 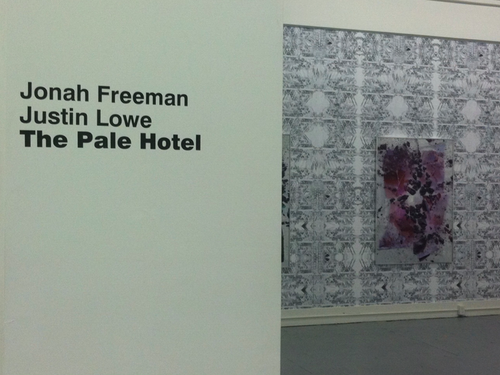 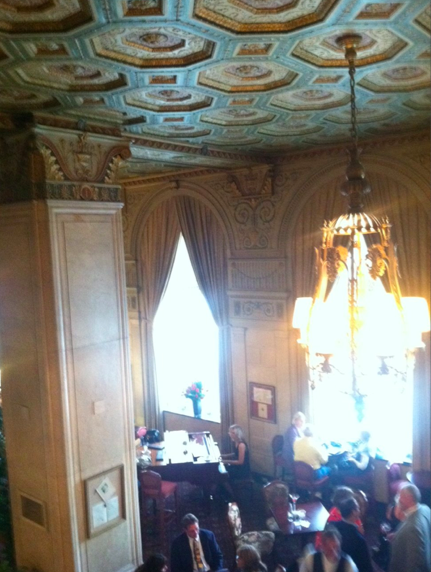 An actual hotel, and one I absolutely want to visit again, the historic Brown Hotel, across the street from Land Of Tomorrow. 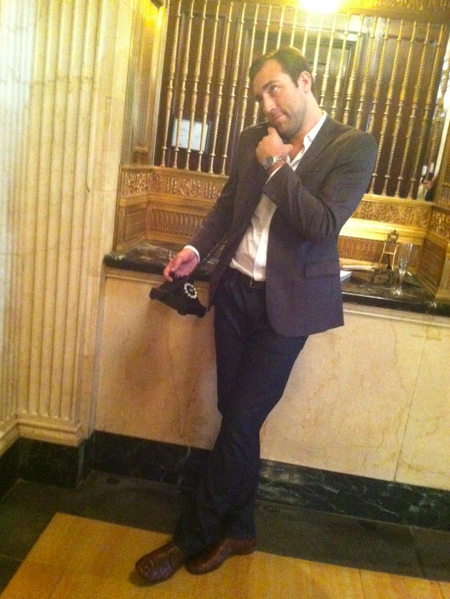 Parker Jones, of Gagosian Beverly Hills, takes an important phone call at the Brown Hotel prior to the LOT opening.

I am fortunate to have met many kind and talented people while in Louisville including the owners of the lovely guest cottage I stayed in, architect Jeff Points and his wife Kate Clarke. They were incredibly kind in their hospitality, pointing me in the direction of sites to see and places to go. Kate took me on an in-depth tour of the beautiful Cave Hill Cemetery which was designed by Frederick Law Olmsted. 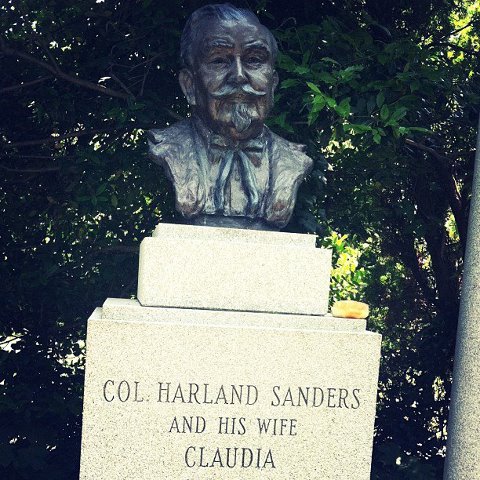 Someone was kind enough to leave a KFC biscuit for the dearly departed Colonel Sanders and his wife.

Joey Yates (no close relation to the artist Jason Yates–other than a few hundred years back in Kentucky blood), who finished up this show before leaving LOT to take on his new post as Associate Curator at the Kentucky Museum of Art and Craft, was also incredibly nice in his guidance about town and with introductions. (He can also really cut a rug.) Joey is now working under Aldy Milliken, who just moved to Louisville from Sweden to take on the Director post at the Kentucky Museum of Art and Craft. Milliken's understanding of contemporary art and its relation to craft will be key for the institution. 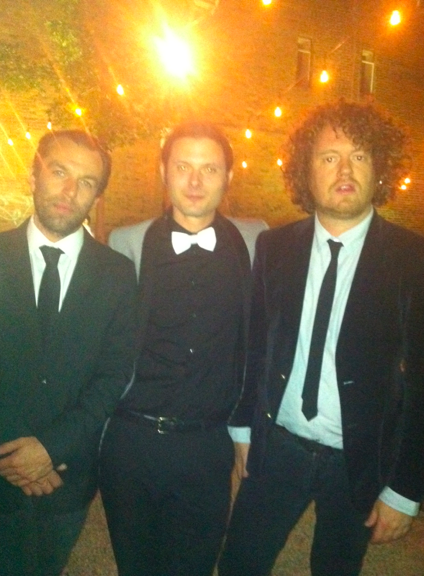 Artists Justin Lowe, Jason Yates, and Jonah Freeman at the Garage Bar before we headed to the Honky Tonk Black Tie.

Brook Smith was kind enough to host us, as Drura Parrish's guests, Friday night (Derby eve) at Garage Bar before we went on to the Honky Tonk Black Tie Gala. The gala was hosted by a group of entirely wonderful and hospitable people: Gil and Augusta Holland, Matthew and Brooke Barzun, Stephen Reilly and Emily Bingham. The gala was held in a beautiful old church with a band that played a lot of Johnny Cash. Yes, it was fun. 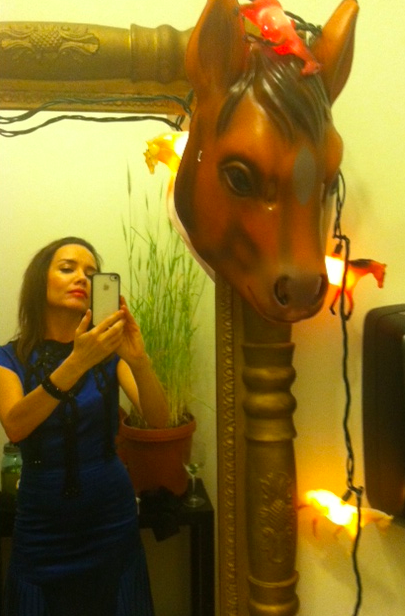 Everything is about the horses. A stolen moment to freshen up. I had no idea what to wear to a Honky Tonk Black Tie Gala, so I came up with a bit of a tribute to June Carter Cash. Blue silk dress by Mandy Coon with a silk and jet beaded body adornment by Julia Clancey.

At this point in the game, a whirlwind of a third night in, I started to really wonder how I could survive all of the parties (and look good at the same time.) I may or may not have had a slight meltdown from being overwhelmed at some point. Luckily I was not the only one.  The Kentucky Derby's non-stop social calendar makes Art Basel or Fashion Week seem easy and mellow. 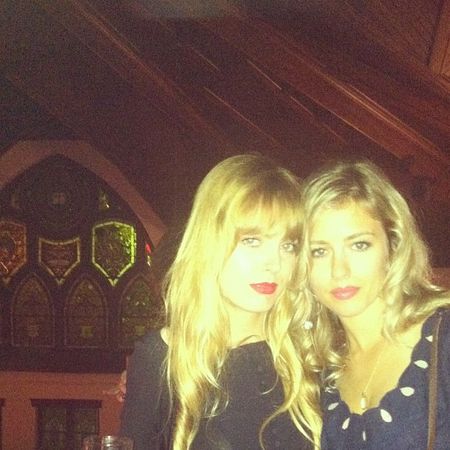 I was so much in the moment all evening, I failed to take great photos of everyone's looks. Anyway, here are two lovely ladies, Jhordan Dahl (in town from LA just after a site visit at SCAD) and the First Lady of LOT, Aurora Childs. 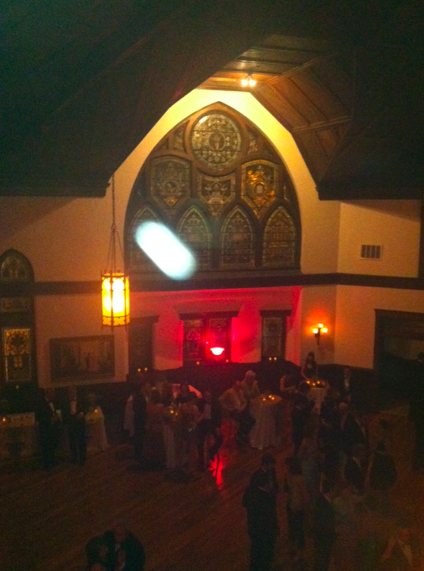 A view inside the Honky Tonk Black Tie Gala.

A man of many hats (Kentucky Colonel/architect/professor/art fabricator/gallery owner), LOT's Drura Parrish and his lovely fiance Aurora Childs took our "van gang" on adventures all about town, from parties to dinners to the Derby where we were treated to a tour of the stables with a very entertaining and charismatic trainer named Bobby. Colonel Parrish moves so quickly I do not think I captured a proper image of him on film. 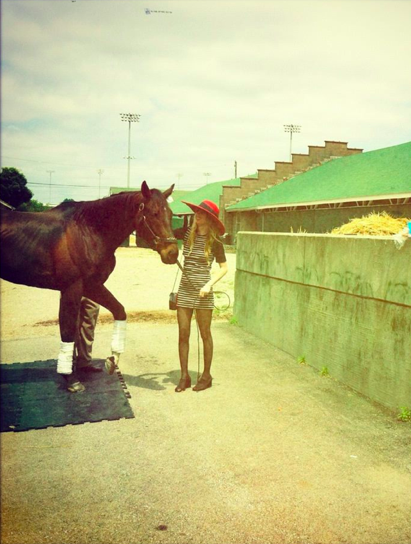 Jhordan Dahl gives a carrot to this lucky horse. (Photo by Joey Yates.) 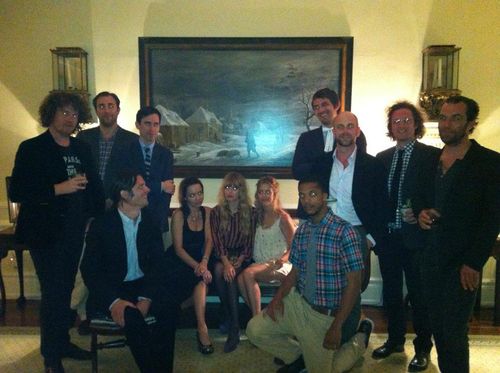 We made it to the lovely post-Derby party at Poplar Terrace, hosted by the Brown family. The tradition is to serve breakfast rather than dinner, and this did not disappoint our gang. 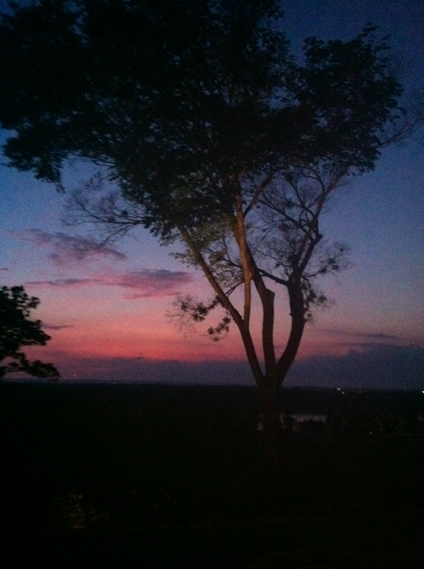 Sunset on the Ohio River from the Brown's home, Poplar Terrace. 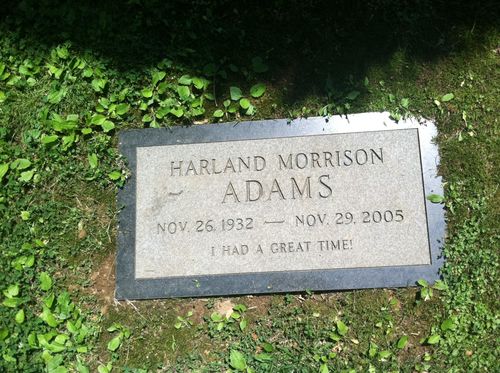 I will be posting more photos of the trip soon. 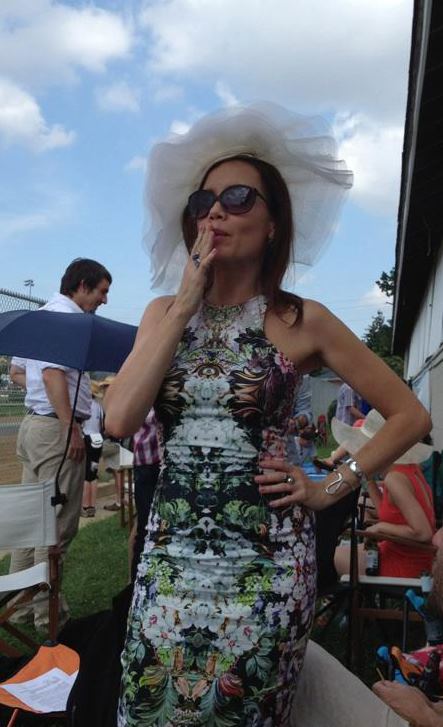 I am just blowin' a kiss to the horses. (Photo by Jhordan Dahl).

These exhibitions are on view through July 3, 2012