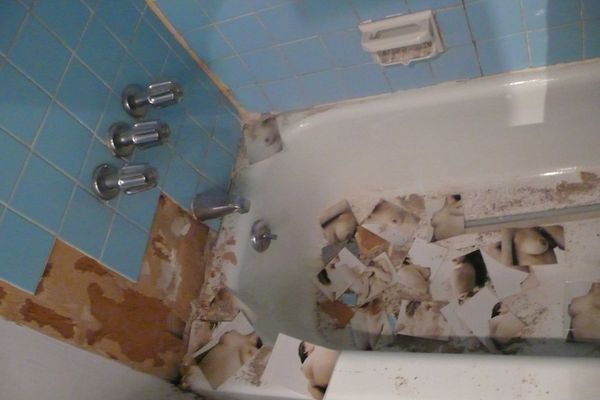 A couple of weeks ago, from April 27 to April 29, The Quality of Presence was taking place -quite literally, quite rebelliously so- at the Chelsea Hotel, New York, Suite 302. Dmitry Komis, its brilliant curator and a former resident of the Chelsea, told me about space and literature, closets and bathtubs, the way memories can glue like wallpaper to certain rooms and what then to project on the ruins. S.B.: S.B.: “In its countless alveoli space contains compressed time. That is what space is for.” wrote Gaston Bachelard in his The Poetics of Space, in 1958. And if there’s anywhere time and poetry would come to rest or shelter, hiding out in dusty corners or lingering in shadows, it couldn’t be but the Chelsea Hotel. In which ways do you believe its history and presence, its domesticity and mysteries affected the artists you invited to your suite?

D.K.: I’m glad you mention The Poetics of Space, as it is a huge influence on this show and my prior work, particularly in looking at so-called marginalized spaces and exploring the ways in which lived-in spaces affect the viewer experience.

The artists all responded to the space in their own ways. Alan Ruiz and Desi Santiago are both particularly interested in subliminal and somewhat illegible spaces, each transforming storage/closet spaces for the show. Alan built an inverted mirror structure to bring attention to the expanding potential of a so-called static space, whereas Desi highlighted the cocoon-like feeling of being inside a closet by creating an otherworldly and spiritual object that very much inhabited and metamorphosed the space.

Colette was drawn to the intimacy and sense of displacement of the bedroom; she wanted to fill that void and evoke her Living Environments from the 70’s. She manipulated the original fabrics from the 70’s for her installation, and I was blown away by the result.

S.B.: Was your choice of artists influenced as well by these surroundings? How did you know they would fit so well in the space, and together?

D.K.: Absolutely. Although the show came together rather quickly under the weight of my own misfortunate evacuation, many of the artists and I have had ongoing discussions about the space and its potential. Most of the artists deal with issues of identity and domestics in their own practice and we spent a great deal of time nurturing site-specific installations.

I did not want to re-create anything for the show or to force a nostalgic retrospective, but rather to evoke a certain mood and allow the historic and borrowed pieces – by Paul Thek, Robert Mapplethorpe, Francesca Woodman, Alvin Baltrop, Tennessee Williams – to shape the context of the show and inform the work of younger artists.

Jen DeNike’s bathtub projection, Cold Cold Heart, is an example of a piece that seamlessly marries art and architecture and encapsulates the unsettling spirit of the show. That same bathtub was also the site of many photoshoots for Miguel Villalobos, whose image of Mattias Lauridsen is installed alongside a portrait of an ex, which has incidentally been installed in the bathroom since 2005.

You will notice that most of the figures in the show are veiled, submerged, abstracted, bisected, or hidden; I did not want the viewer to identify with anyone or anything in particular.

There is also a decadent squalor feeling that only the Chelsea can evoke. Job Piston was interested in the architecture and the so-called ghosts of the Chelsea; his video meditates on the interior and presence that the staircase conjures. His androgynous figure could be seen as the wandering ghost of Candy Darling, or as I prefer to look it, a more fleeting representation of youth and glamour a la Tadzio from Death in Venice. Projecting his video onto the decaying Chelsea walls amplified this disjointed feeling. 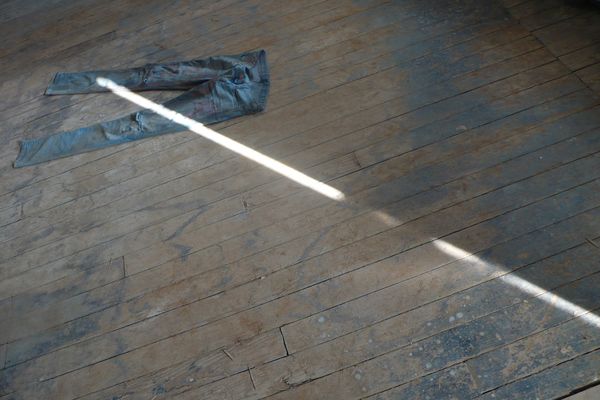 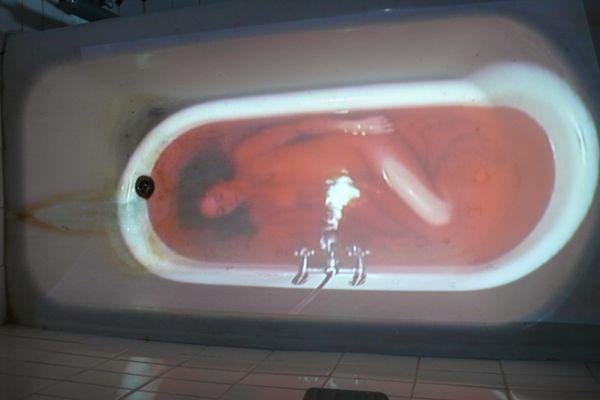 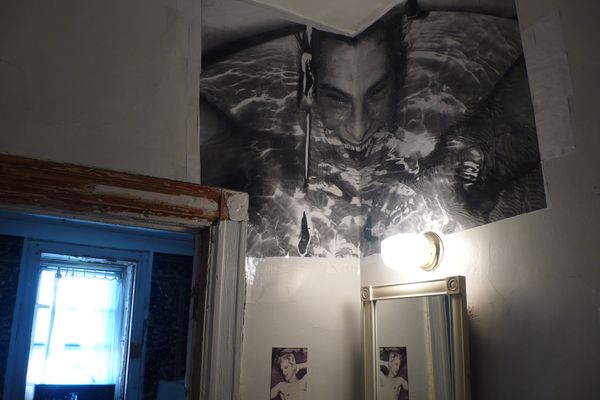 S.B.: Walter Benjamin’s theories on the vanishing “aura” of an artwork in our present time were your point of departure, and found their most perfect architectural metaphor in this decadent appeal and uncertain destiny of the Chelsea. However, the very title of your exhibition, The Quality of Presence, seems to allude to new values, new possibilities perhaps to be found and projected -quite literally in Jen DeNike’s case- in our coming future. What’s left then, once the “aura” is gone?

D.K.: The title is purposefully ambiguous and can be read in multiple ways. In fact I came up with the title before I knew the Benjamin reference. The Benjamin essay has been pretty much referenced to death so I wanted to take it in a different direction a bit and think about how we navigate space.

I’m not very optimistic by nature, I guess it is a cultural value I was not born with, I do not see it as a great agent of transformation. The obsession with new is not particularly interesting; neither is nostalgia. Change is on a continuum, so I guess I am more comfortable somewhere in the middle. In the case of Job’s haunting video, we wanted to literally project it onto the decaying walls, onto the ruins so to speak. Not to erect anything new or to whitewash the past, but to build on it.

S.B.: Another reference of yours was Anthony Vidler’s The Architectural Uncanny. How much do you reckon our emotional response to a certain space, our mix of tensed curiosity and slight disquiet while we climb up the grand staircase at the Chelsea Hotel, could affect our perception and sensitivity to a work of art? How did it affect your visitors’?

D.K.: People talk about the Chelsea as if it has an anthropomorphized presence. For me it is obviously a very personal space, having lived in it for years with my boyfriend. It is where I fell in love and will forever be etched in my memory. At the same time it is a very public space, one that is beloved and visited by strangers everyday. Living there was awkward as I never quite felt at “home”; it is that feeling of estrangement that I took away from The Architectural Uncanny.

The other context of the show is the constant presence of art at the Chelsea, which is how residents and visitors all remember it – the lobby, staircase and hallways were completely covered with art. The feeling there now is very different. Walking around and seeing empty walls, and the trace of where art once hung is very odd and moving.  In a gallery or museum, when am exhibition comes down, you paint over the wall or build a new wall, and with it the presence of art disappears and for the most part you don’t miss it. It doesn’t work the same way in a lived-in space, as the personal memories stay with you longer. At the Chelsea it became so bleak because there was nothing to replace the art, the energy, and the memory; so every day and every hour you pass, you continually think of what used to be there, not what will be.

S.B.: A few months ago, all of the many artworks that adorned the Hotel’s halls and lobby have in fact been suspiciously removed from its walls, and visitors and residents were left behind, staring perplexed at their empty spaces. And yet in art, empty spaces could sometimes be all there needs to be: the Mona Lisa herself gained much more audience when it was stolen in 1911 and there was nothing to look at. They seem to brim both with memories and potential and appeal to our emotions, resolution and imagination. What do you think, what do you hope will happen next, at the Chelsea Hotel?

D.K.: Exactly. I hope the owners realize that it is the artists and writers who made the Chelsea the stuff of legend in the first place, they should work with and not against them, but there is a sensitivity that is missing there so I’m not sure they’ll ever get the message.  Most of the residents I was close with do not want to stay there under the current conditions. Is that the goal of the new landlord, to make people unwelcome in their own homes to the point where everyone wants to leave? 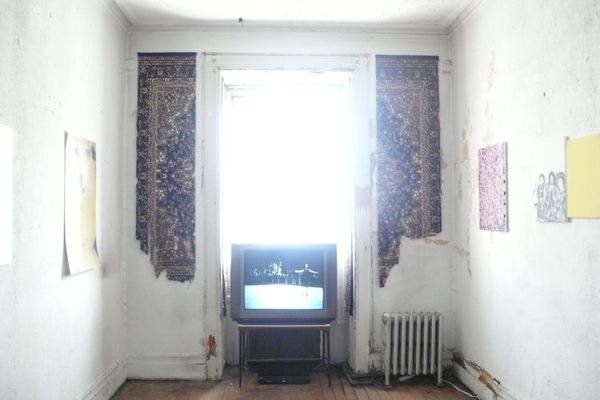 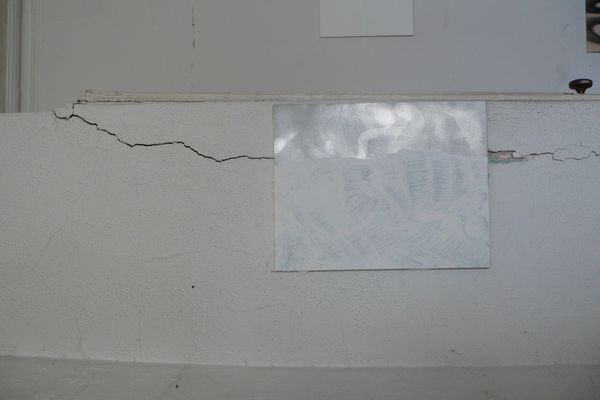 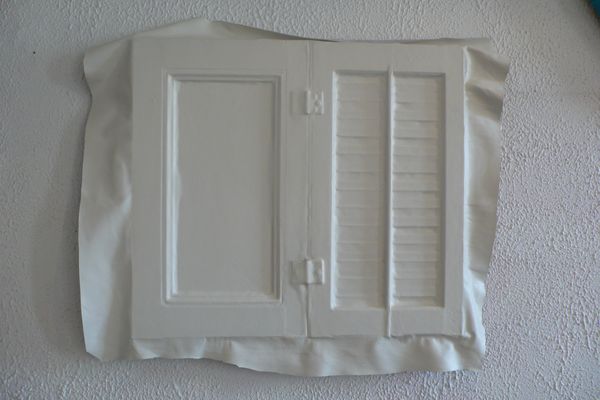 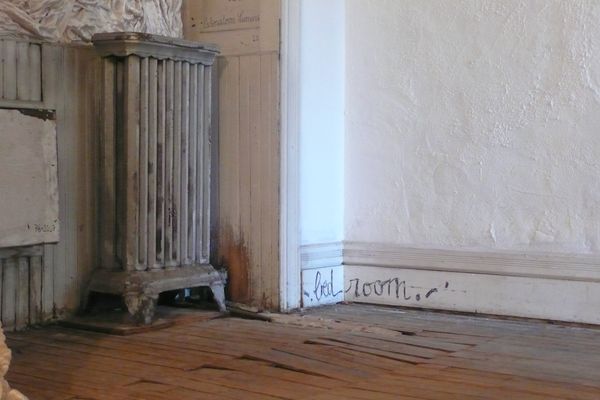 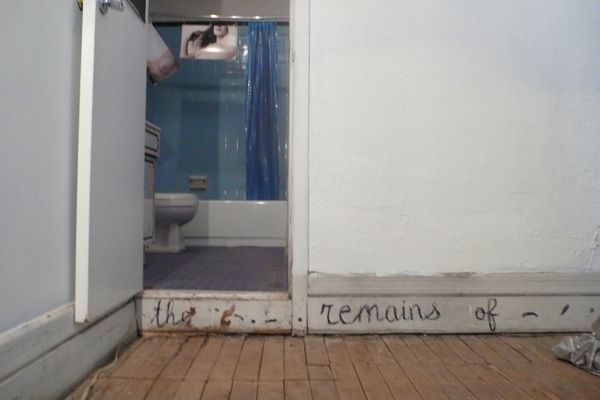 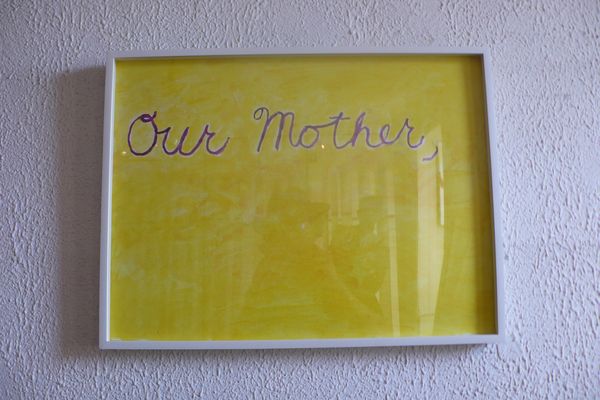 All photos by Miguel Villalobos.