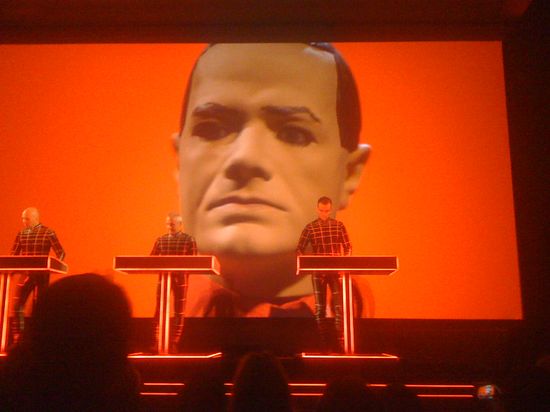 Carole Pope and I were lucky enough to attend opening night of the Kraftwerk Retrospective at the Museum of Modern Art, thanks to us winning a giveaway sponsored by Volkswagen. We had the golden tickets! As everyone in the universe knows by now, the series features the electronic music pioneers performing, in order, their 8 studio albums, one on each night. So, we got to see them perform the entire AUTOBAHN album AND a retrospective of their greatest hits from each album! It was an evening of epic proportions. 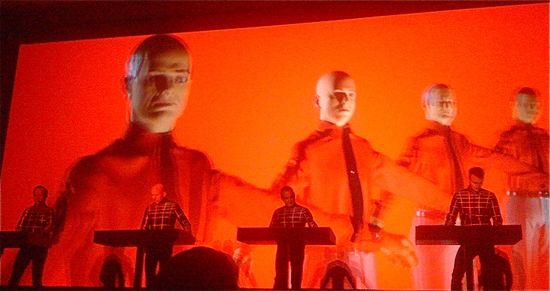 The projected graphics, films and animation were mostly in 3-D (glasses were provided). They opened with their crowd-pleasing classic–“The Robots”–and the iconic mannequins looked like they were marching into the audience! The graphics throughout the show were amazing and often harked back to the early days of computer graphics. Some of them were so lovely, they made me cry electric tears.

I didn’t have my good camera with me but luckily I was able to capture much of the show with my iPhone. The crowd definitely had a smart-ass music journalist/rich hipster/invited-VIP vibe (Terence Koh was in attendance–of course). I was tempted to go around the room and ask people how they got their tickets, given the outrage that erupted after thousands of people were locked out during the online-ticket-sale fiasco. 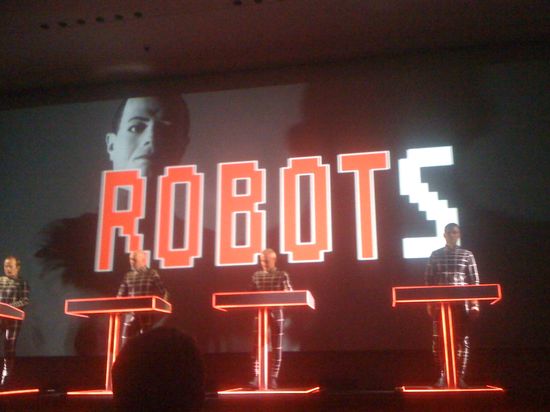 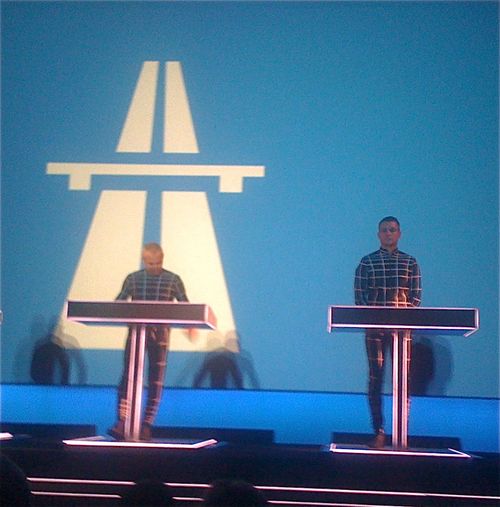 Of the 4 members, only one original remained: Ralf Hütter. He sang all of the songs and was standing on the far left (you’ll see him in some of my photos below.) To keep up with their younger hipster demographic (and gays of all ages), Kraftwerk recruited this strapping, handsome young lad on the right, whose muscular thighs were visible through his grid-pattern jumpsuit. Uber-heiß mensch! This one particularly resonated with me because when I was in the 2nd Grade I was on the debate team where I debated nuclear energy (I was against it & advocated for solar energy). The day before the debate, the Three Mile Island disaster in Harrisburg, Pennsylvania occurred. My iPhone battery ran out after this. But they did many more songs from COMPUTER WORLD, TECHNO POP, THE MIX and TOUR DE FRANCE. 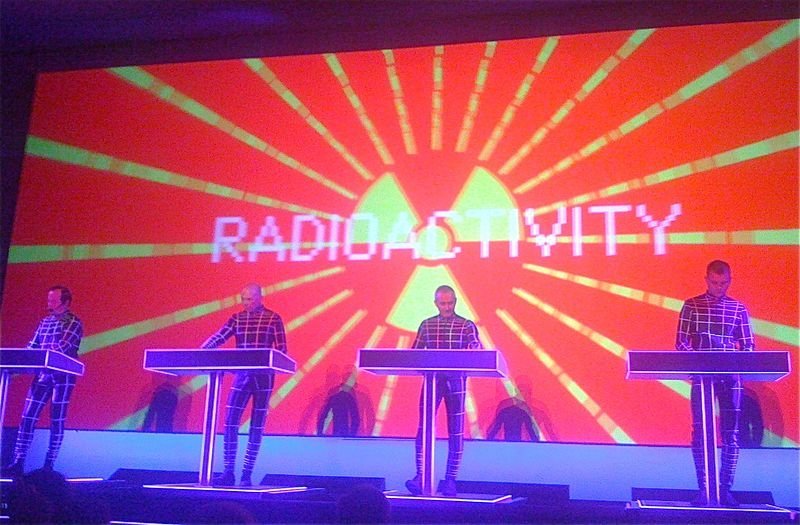