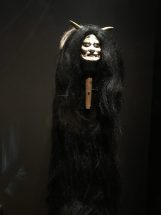 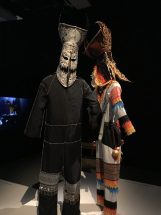 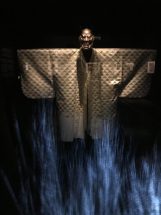 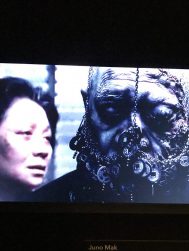 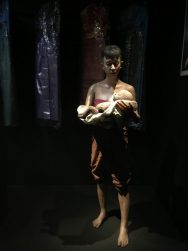 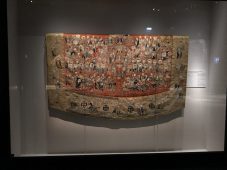 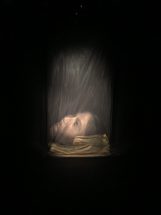 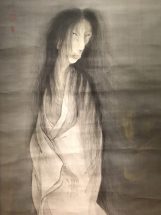 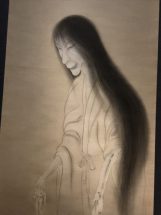 Do you like horror films and ghosts? Ever think about re-incarnation? Did you ever wonder about exorcisms? Let me just say that the current exhibition at Musee du Quai Branly Jacques Chirac called Enfers et Fantomes D’Asie is  the most exquisite vision of portraits of ghosts and apparitions coming from China, Thailand and Japan. The scenography is breath taking. Every room has another wonder sometimes you are in between two worlds, the ghosts come and haunt the living. Sometimes they attack their victims directly or else they just follow them to their death. You will find many extracts of films, there are stories of vampires, ghosts, their ancestors and religious representations of Buddhism…

The film series, Fantomes D’Amour et de Terreur is a vision of haunted cinema including films with ‘fantomes d’amour, a haunted world, a carnival of souls, child ghosts, cat women, haunted houses, visions of hell, vampires, exorcists , gothic horror and films for children…I’m there, how about you?