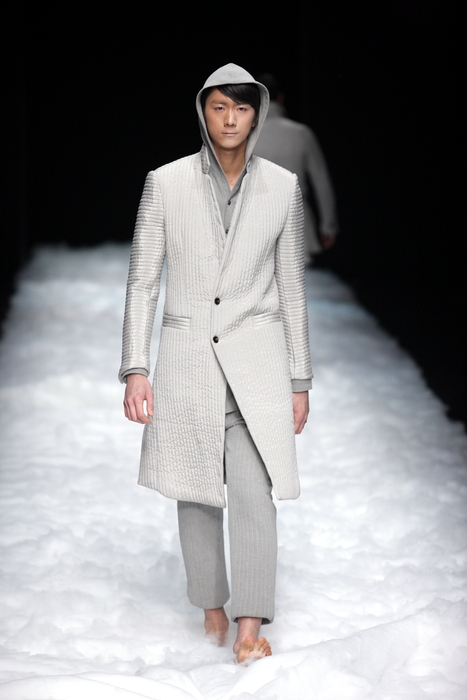 It only took Korean menswear label Groundwave a few seasons to create recognizable signatures, which were all part of a directional show yesterday. Quilting, sharp tailoring, muted tones and soft shapes were emphasized, as well as sportswear touches. Korean designers have been playing with the idea of hybrid garments this season and Groundwave offered its take on the trend. 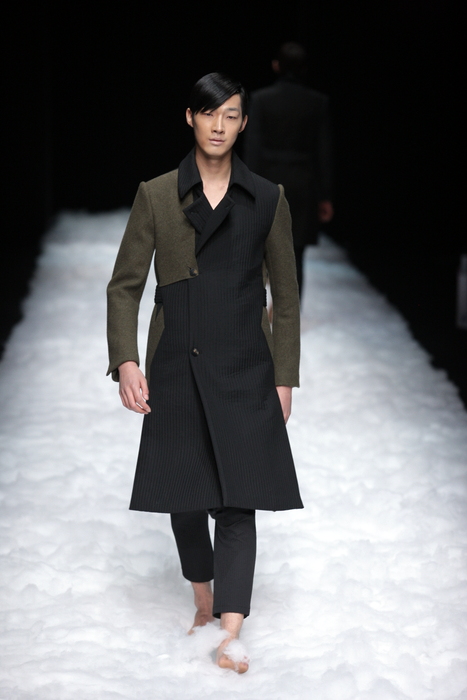 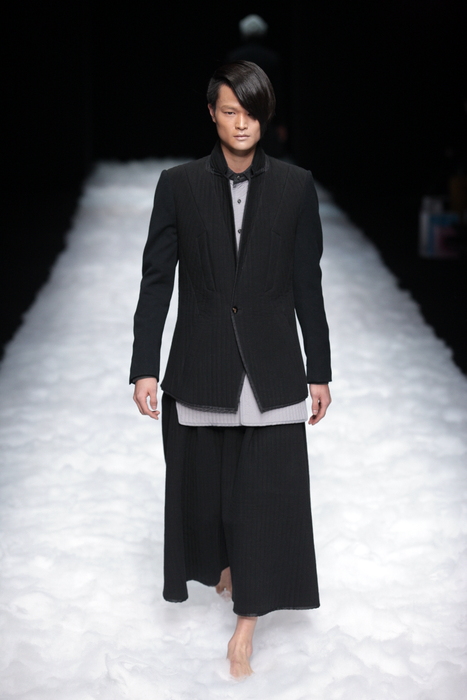 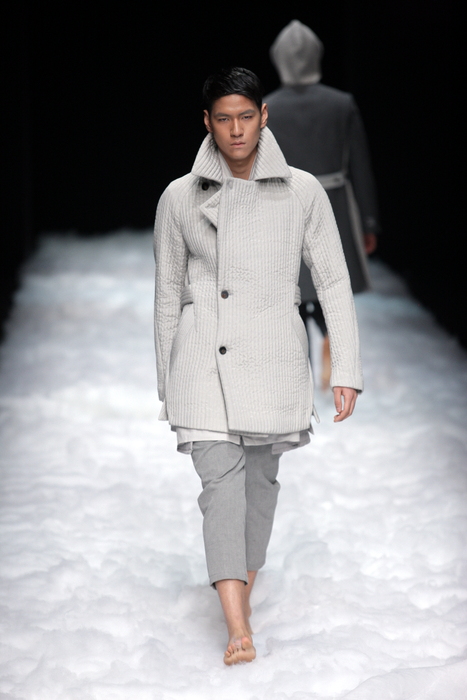