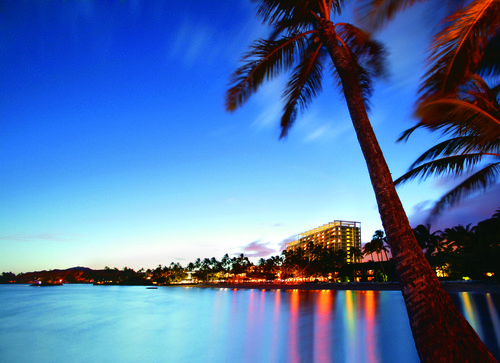 In my mind, Waikiki has more in common with a high-end outdoor shopping mall than an authentic Hawaiian experience. Louis Vuitton, Gucci and Prada are just a few of the boutiques that line Kalakaua Street, so if you're in the market for a status handbag it's the perfect spot, but you'd be hard-pressed to find some peace of mind on the crowded sidewalk or jam-packed Waikiki Beach. If a moving experience of nature is what you're after, then the best destination is about 4 miles further down, around the bend from the famed Diamond Head crater. There, at the end of an exclusive enclave of oceanfront mansions, sits the Kahala Hotel, on over 6.5 acres of crescent-shaped beachfront. 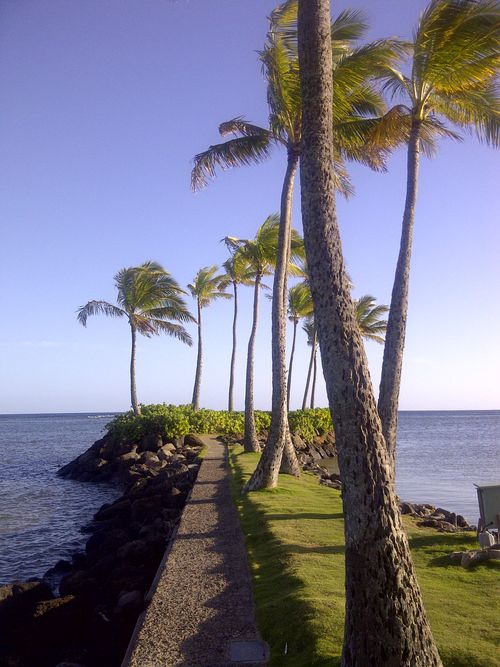 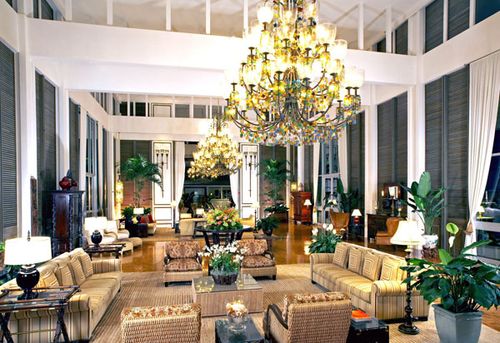 First opened in 1964, for years the property was owned by the Hilton and Mandarin Oriental groups, but in 2006, management changed hands, and the new proprietors invested over $52 million into restoring the 338-room hotel to its former glory. From what I gathered during a recent 3-night visit, they've succeeded. The open-air lobby, with a 30-foot ceiling and a massive chandelier sets the island chic tone when you pull up in your fancy wheels (or in my case, a battered old island taxi). Minutes later, I was escorted down a long winding path of corridors to my oceanfront suite, and when I say oceanfront, I mean that if I was a bit more athletically-inclined, I could have tossed a pukka shell off my second-story balcony and reached the water. I didn't attempt this Herculean feat, but I did take a 30 second walk every morning and plop myself in a beach chair, where I sat toasting for hours on end, along with an occasional dip in the ocean. My 2200 sq. ft. suite was a star attraction on its own, with an enormous, plush bed, a X and a big soaking tub with a large jar of bath salts. 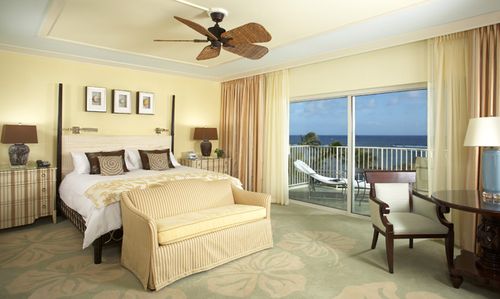 The Kahala's beach stretches for 800 feet, and I was situated at the resort's far end, affording plenty of privacy, which, I imagine, would come in handy for the A-list celebrities and dignitaries who stay here when in town. It wasn't a prerequisite for me, but I still appreciated not having people parading back and forth, blocking the jaw-dropping ocean view. My oceanic adventures didn't get too crazy, but I did wander to the end of the rocky peninsula that delineates the end of the property, in search of some aquatic life. All I found was the exoskeleton below, and I came up with an idea for a disgruntled T-shirt, which would read, "I came to Hawaii, and I all I got was a picture of this stupid dead crab". I couldn't, in good conscience, wear such a t-shirt, however, because I was too busy having a rum-and-saltwater soaked good time. On my second day, I realized that my suite came with the privilege of commandeering one of the cabanas, which have nifty flags that can be raised whenever you need another mai tai. I made good use of my flag. 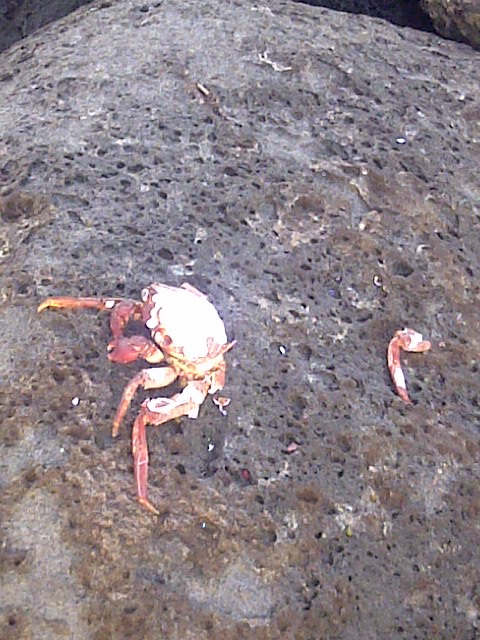 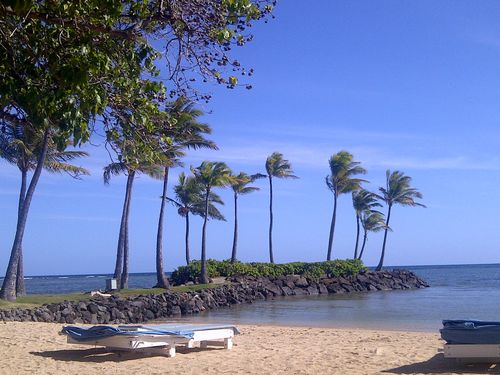 Somehow I found time in my busy schedule to explore the rest of the property. One of the biggest non-beach highlights was the Calabash treatment I received from one of the Kahala Spa's star therapists, Saori. Upon arrival, she escorted me downstairs and outside, where we walked along a landscaped, sheltered path to one of the resort's 10, 550 sq. ft. spa suites. The 75-minute massage was truly one of the best I have ever received – Saori's experience encompasses multiple techniques, including Swedish, lomilomi and Thai, as well as an anatomical understanding of the way bones and musculature can be manipulated for therapeutic effect. 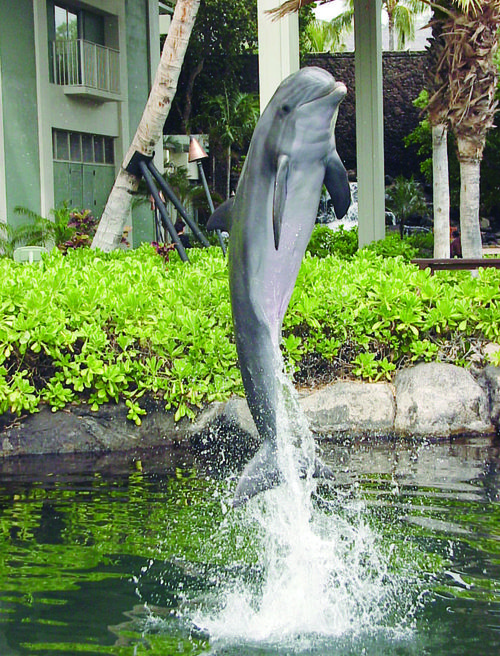 I could go on and on about the Kahala's appealing qualities, but I'll limit myself to describing its aquaculture environments (I'm writing another post about my food-centric experiences on Oahu). The hotel is famous for its five resident Atlantic Bottlenose dolphins, Hoku, Kolohe, Liho, Lono, and Nainoa who reside in a private, 26,000 sq. ft. natural lagoon. operated by the Dolphin Quest organization. Guests can suit up and wade into the lagoon where they're able to get up-close and personal while feeding, playing, training and swimming with the creatures. Connected tidal pools feature other creatures you can sign up to learn about, including ancient sea turtles, tropical fish, and, until recently, Pua, the stingray, who grew too large and had to move out of the pond. 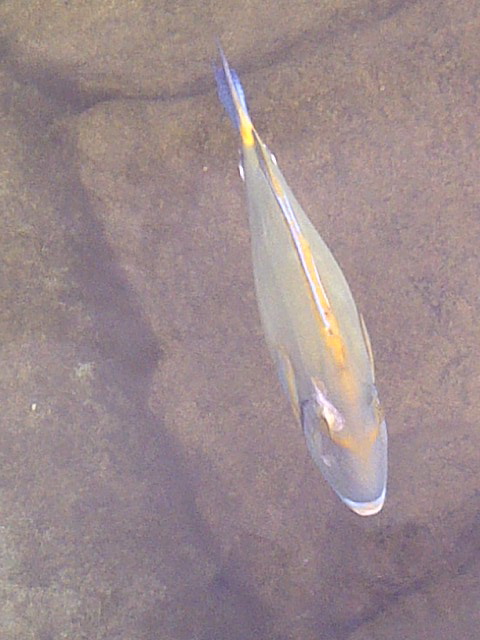 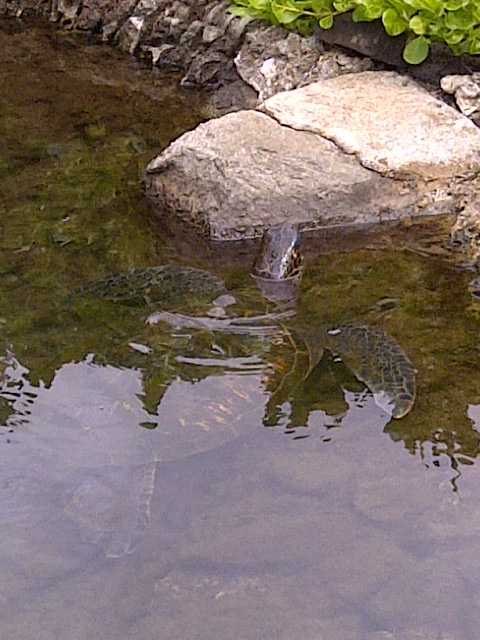 After returning to New York from the hotel, I arrived at the conclusion that, when I'm old and rich enough, I will likely be retiring to the Kahala, where you'll be able to find me in my oceanfront suite, or on the beach ensconced in my cabana, or perhaps visiting my old dolphin friends (although I'm not sure that dolphins live that long. I hope they do though.) I've got another 30 years or so though before I plan on making the move. Until then I guess I'm going to have to settle for calling New York home.