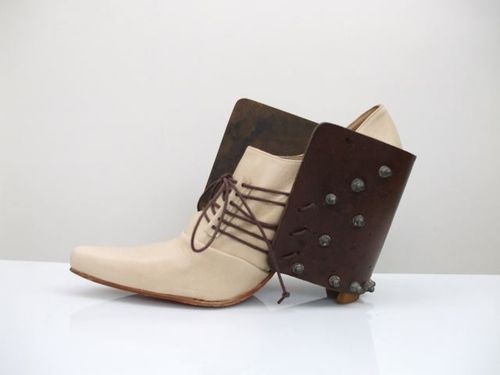 Creator Kei Kagami consiously brought some postmodernism into his a/w 12/13 shoe collection despite the fact that he normally does not like that period so much so that he thinks of himself as anti-postmodernist. None the less, that was the inspiration for this season's collection and the idea was to manipulate what he did not like and apply that to his shoe designs. Both physically and technically he was fascinated by the idea of using a  1 mm metal plate with laminated leather. When he bent the thin metal plate horizontally it became very strong vertically. 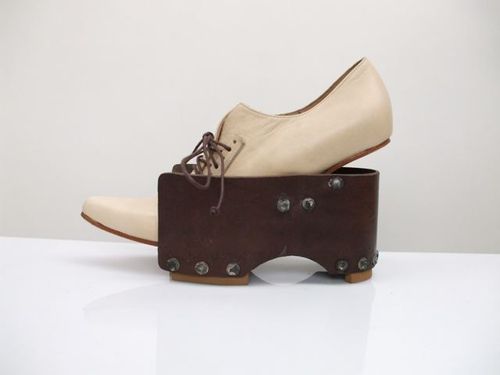 Kei Kagami founded his label in 1997. He uses an eclectic mix of materials which draw, if not consiously, on his work as an architect. 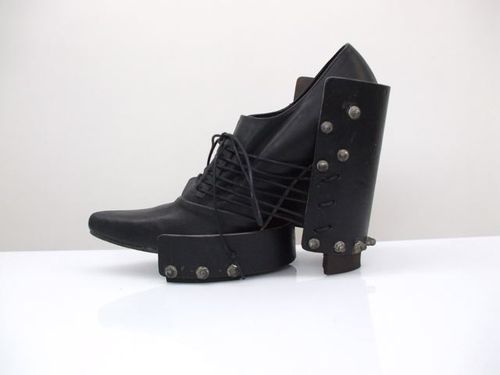 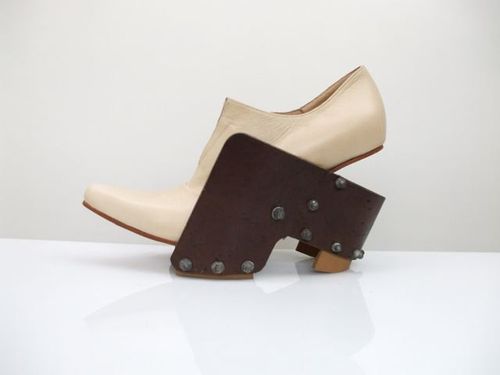 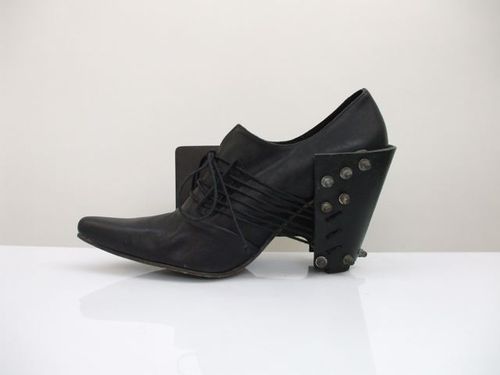 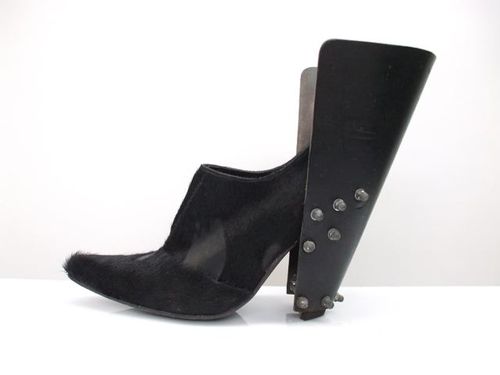 Portal + in Perth, Australia will exhibit his work July 2012.