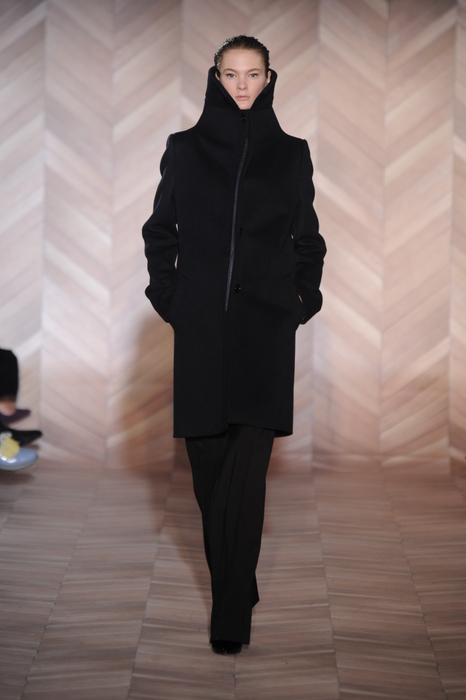 Maison Martin Margiela delivered a sleek show yesterday, with elegantly tailored pieces made in luxurious fabrics. Pantsuits were strong, as well as masculine coats and jumpsuits. The silhouette was razor-sharp, with exaggerated necklines on jackets and pronounced shoulders. Japonisme is a huge trend this season and MMM was happy to offer its own variation on the theme: pretty dresses that looked like they were made out of reassembled kimonos. 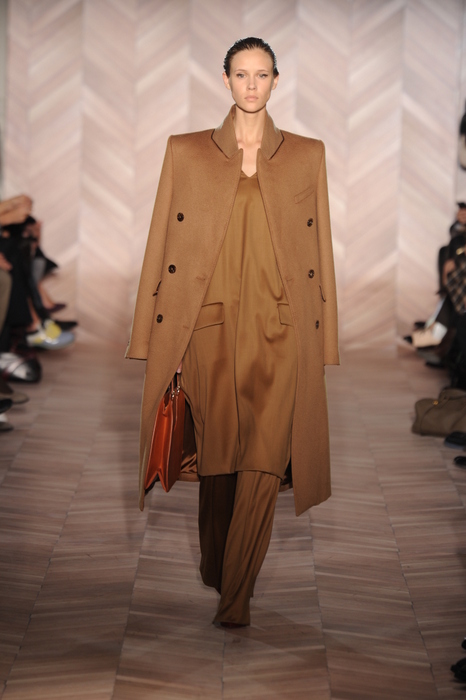 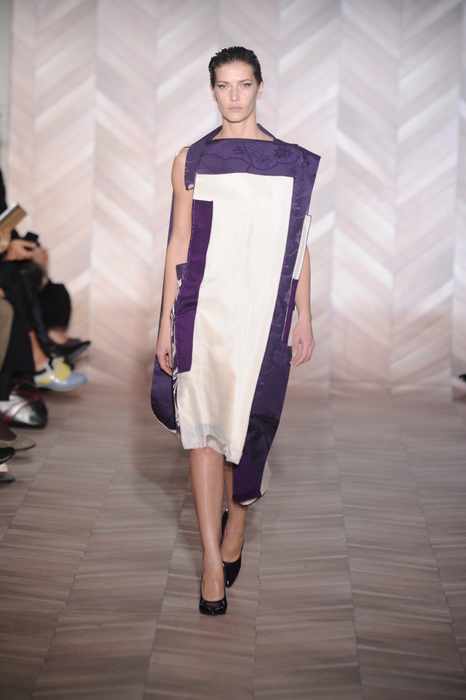 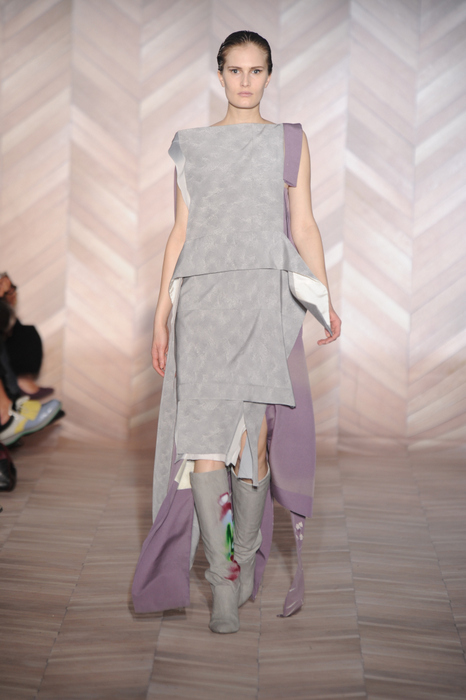