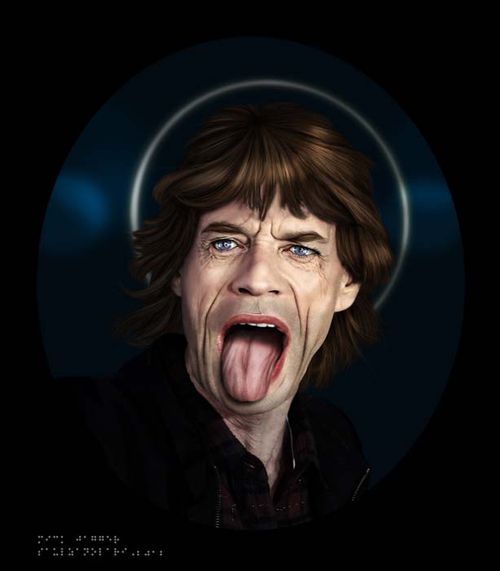 Mick Jagger, Deep Rolling – 2012
SAUL ZANOLARI
Mick Jagger is the leader of The Rolling Stones band and Mick Jagger has been inspired from the proverb "A Rolling Stone Gathers No Moss" there are fifty years yet.
In fact 2012 is the year of The Rolling Stones 50th anniversary from their first concert at Marquee -London (July 12th 1962).
So there are 50 years they've changed changed the music history.
Saul Zanolari keep playing with strong famous people which are -most of all- icons of contradictions and paradoxes.
In this portrait Mick Jagger appears in between: devil and saint at the same time, showing off his tongue as in the band logo: a kind of summary of his character.
This portrait will be part of the show "A Rolling Stone" at Porter Contemporary in New York City from April 5th until May 12th.
The Stones keep rolling!
www.saulzanolari.com
www.wollipeye.com