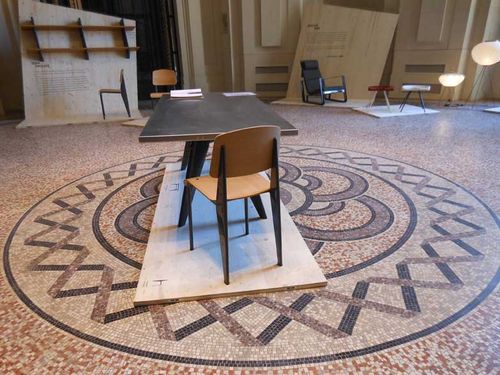 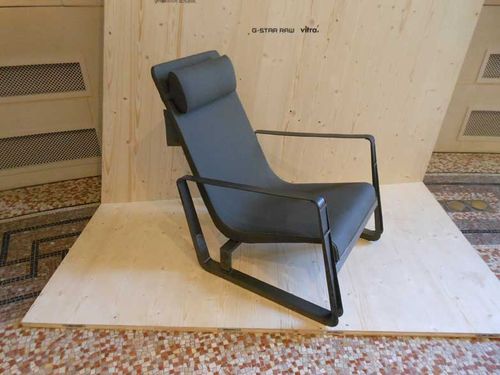 Cite 1930 was the original of this chair

The Prouve RAW collection is a series of furniture based on the original Jean Prouve signature pieces but interpreted by the denim specialists, G-Star and with prices that are more accessable to the average consumer. The special edition project is a collaboration between Jean Prouve, Vitra and G Star. 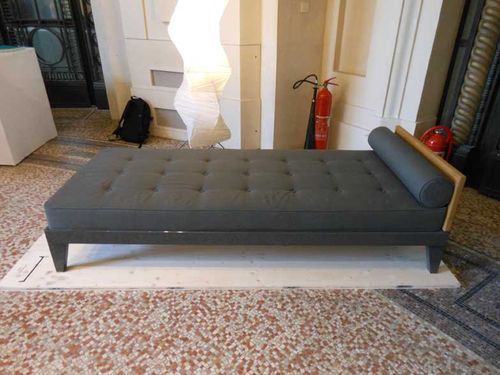 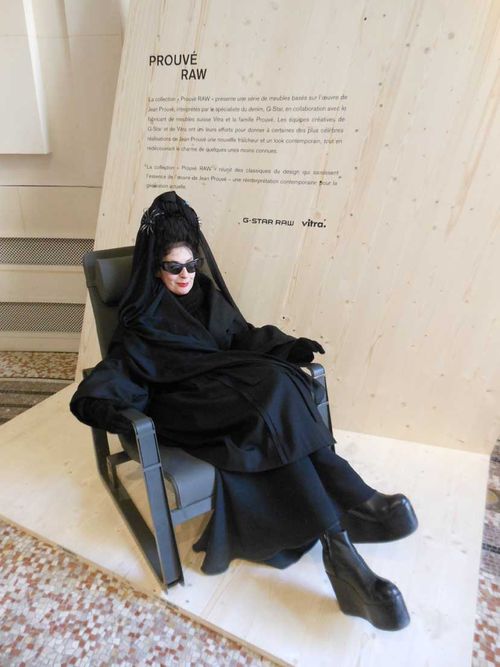 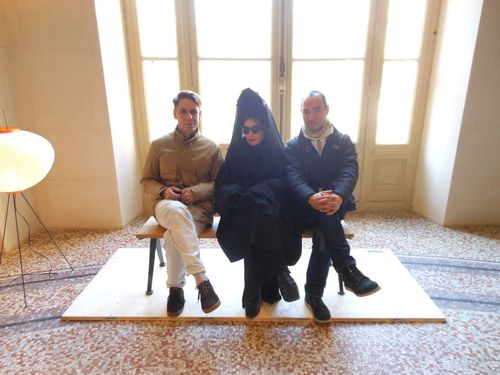 David Herman, Shoji Fujii and I testing the Jean Prouve by G-Star RAW for Vitra

Original was Banc Marcoule 1955, this is Prouve Raw