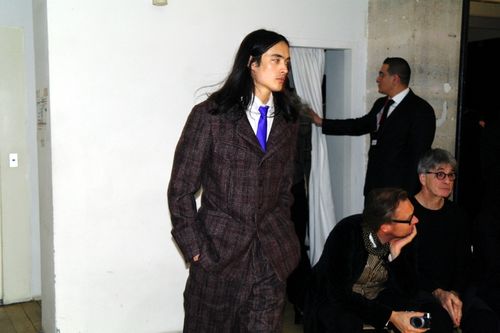 There were some substantial and beautiful garments in Yohji Yamamoto's show yesterday. Tweed tailoring, coloured wraps and felted hats were all part of the line-up, as well as subtle variations on the tailcoat. I loved the contrasting stitching on some of the pieces. The silhouette was loose and comfortable, with many oversize looks. 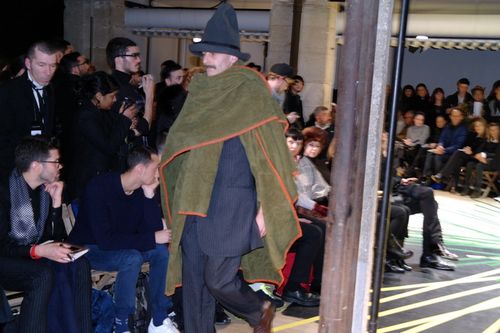 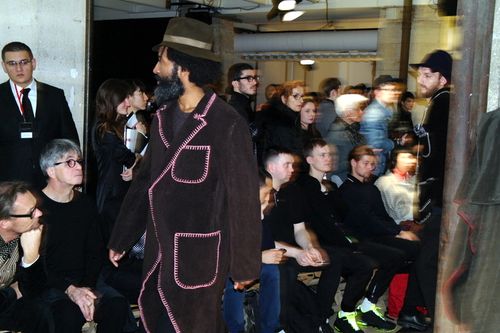 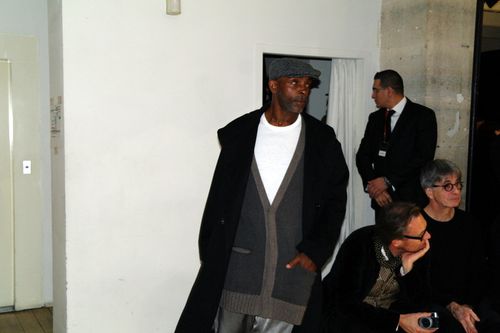