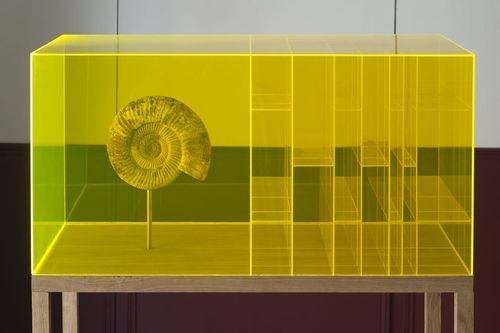 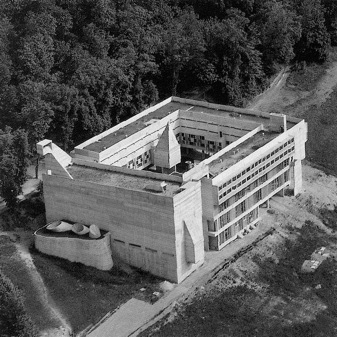 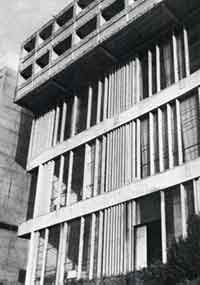 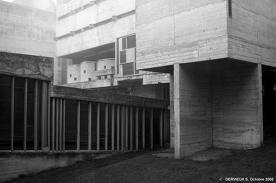 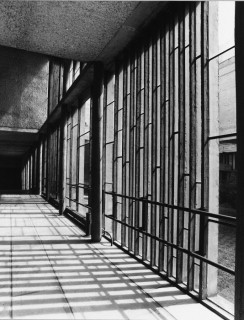 Today is the opening of Louidgi Beltrame' Cinelandia exhibition at Jousse Entreprise Gallery. The exhibition involves three super-8 films gravitating around the idea of exploration. When you walk into the first room you are confronted by the Mechanics of Rocks consisting of an ammonite, a natural spiral form and a sheet of altuglas. sheet of altuglas is cut out along the partitions of the  "areas of undulating" glass based on the composer of Iannis Xenakis for Le Corbusier's architure in the Dominican monastery of La Tourette at Evreux-sur-l'Arbresle (1954-57). You get an idea from the photo above but you really need to be in front of it to feel the magic of the piece. 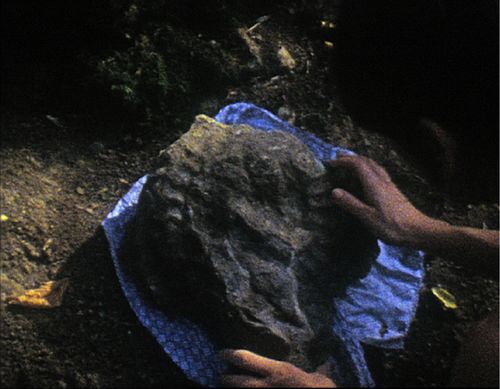 Lagerstatte falls somewhere between a 1970's tourism film and one on experimental punk archaeology. It was filmed in an abandoned quarry showing Louidgi Beltrame and Elfi Turpin looking for and extracting ammonites, the extinct subclass of molluscs known only in fossil form. 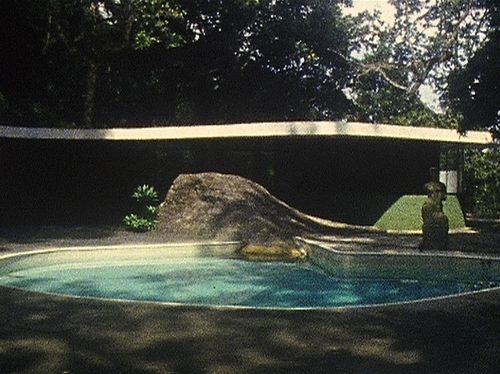 Cinelandia is the outcome of a joint project involving Louidgi Beltrame and the curator Elfi Turpin. That translate 'land of cinema' in Portuguese and takes its name from a neighborhood in downtown Rio whose heyday was in the 1930's when it housed the city's cinemas. The film was shot in the Tijuca jungle and filmed in the Casa de Canoas, the only glass house ever designed by Oscar Niemeyer. It had been planned in 1951 and completed in 1953. It was designed for the architect's family but was only lived in for a few years and then abandoned. Now it has been turned into a bachelor  machine, somewhere between architecture and sculpture.

The other room in the gallery screens Nakanoshima, the Garden Above the Sea exploring a tiny rocky isle off the coast of Nagasaki overrun with subtropical vegetation covering the ruins of the landscaped park built in the 1960's. The island Nakanoshima is shown as a negative space of Gunkanjima. It was in fact its cemetery during  the time when coal mines were in operation on Gunkanjima and closed down when the mine closed.