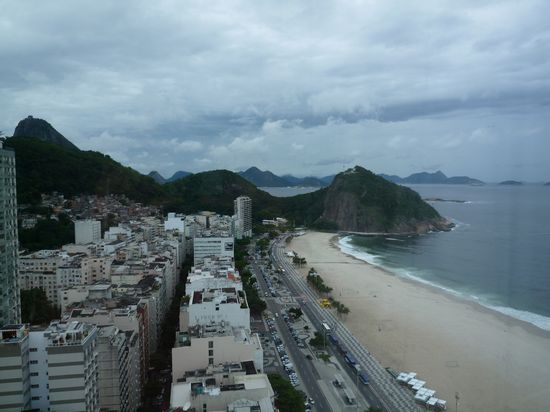 Above: My view of the northern-most tip of Copacabana beach & Sugar Loaf from my window at the Windsor Atlantica Hotel

I arrived in Rio yesterday for Fashion Rio (which kicks off this evening with Alexandre Herchovitch) and because it was too cloudy to lie on the beach, I took the opportunity to explore the area of Copacabana (we are on the farthest northern tip of Copacabana beach called Leme) that has a run-down elegance which I think I now prefer to the haute-bourgeoise bling of Ipanema.

Of course it’s an exciting time to be in Brazil–last week, this largest Latin American country left the United Kingdom eating its dust when it jumped ahead the former empire as the sixth largest economy in the world. Brazil’s new president, a woman and former leftist guerrilla Dilmas Rousseff, already has a 70% approval rating. (And I learned an interesting tidbit about her during some late pillow talk last night–it’s widely believed here in Brazil that Rousseff is a lesbian! A lesbian former leftist guerrilla president–how chic is that? I think that trumps  the novelty of a middle-of-the-road African-American president, yeah?) 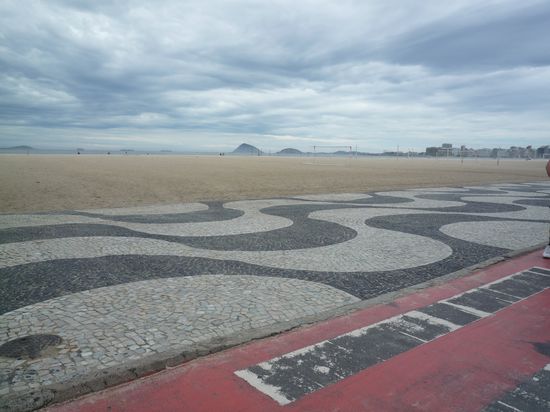 The beach was pretty much deserted yesterday–bear in mind, it’s summer in Brazil! 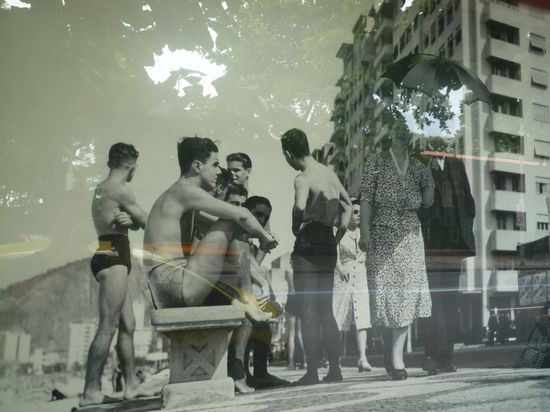 Since there wasn’t any man candy on the beach (but still some jogging along the beach, thank god) I had to resort to snapping this vintage photo (from the ’50s?) in the window of a club near my hotel. 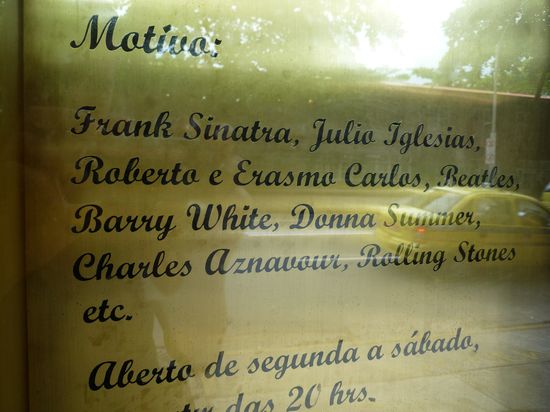 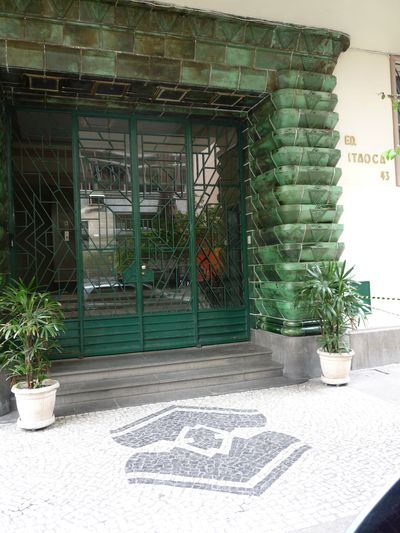 There are some rather striking apartment buildings in Copacabana 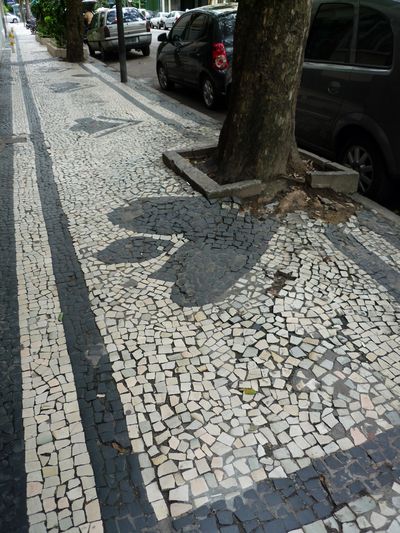 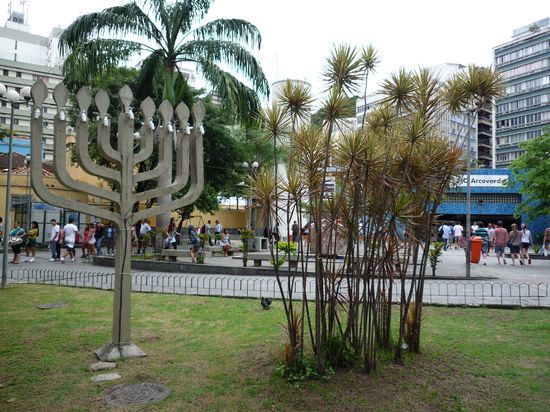 Dear Rio, Hannakuah is over–time to take down the decorations. 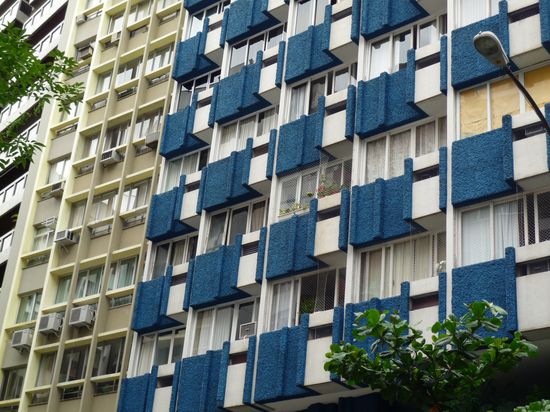 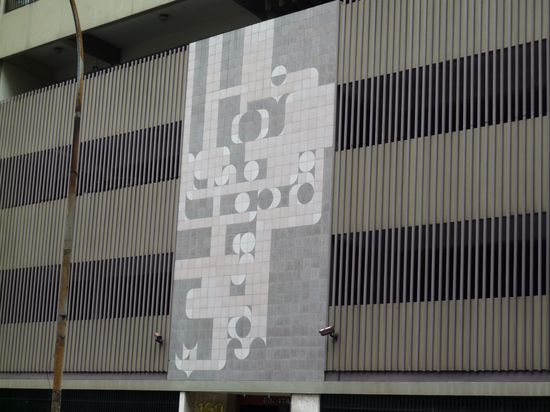 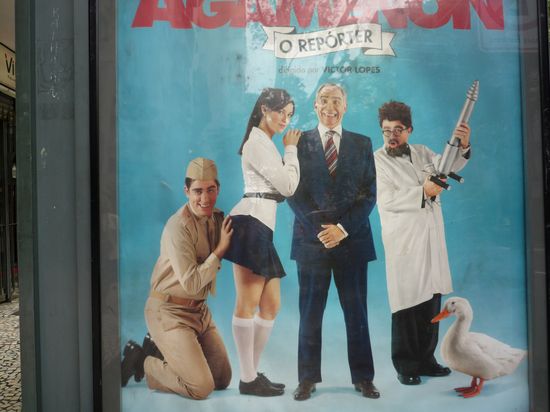 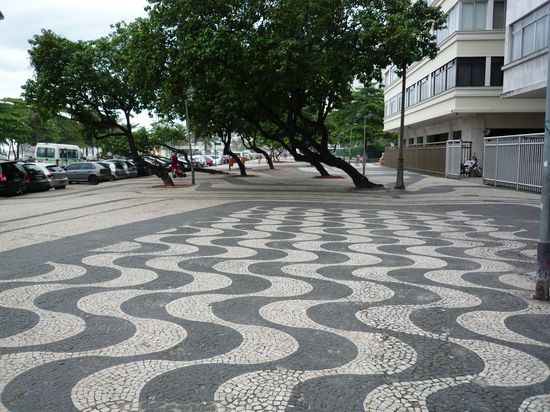 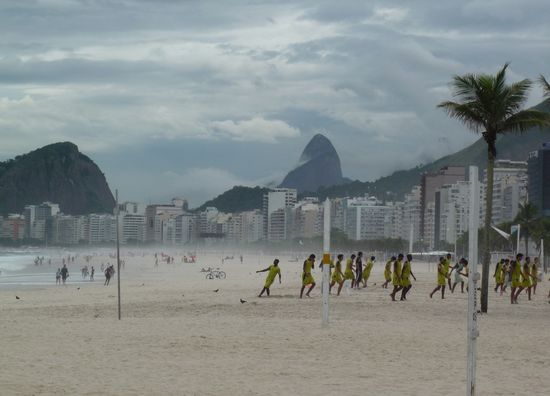 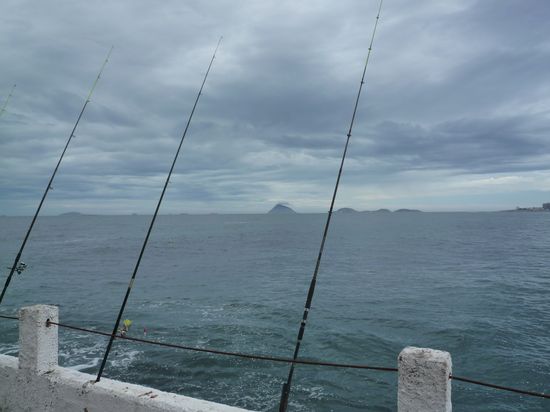 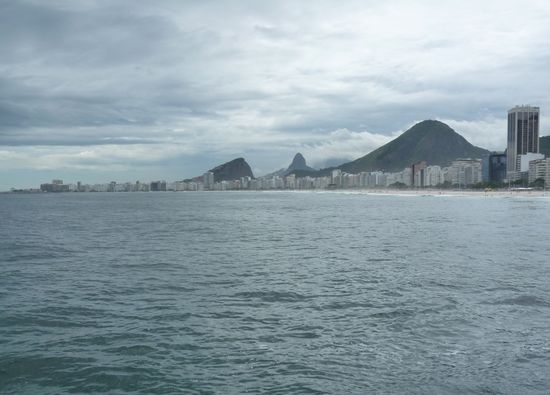 That’s my hotel on the far right. 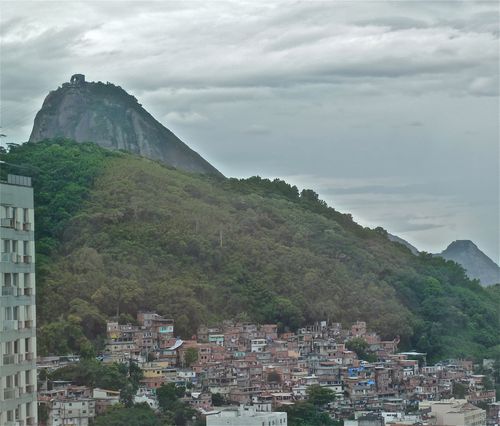 Another view from my hotel window….some of Rio’s famous favelas. 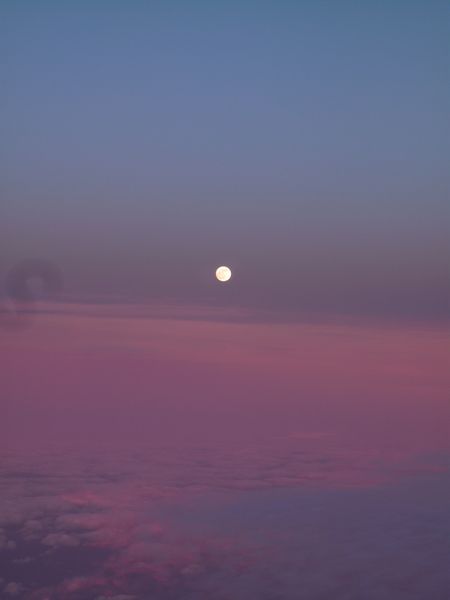 On the plane ride over, I had a stunning view of the Wolf Moon.