It'd be fair to say that Murielle Scherre knows underwear inside out. Her lingerie label -named "La Fille d'O"- is already a reference for women when it comes to comfort, flattering cuts and subtle details. She recently opened her own store in Ghent and sells her line to prestigious stockists, including Selfridges in London. The Belgian designer is, however, not a traditionalist, even though she insists on having her collections made and designed in Belgium. Since she launched her own brand in 2003, Scherre has been challenging the status quo, going against the standardized image women have in underwear ads. Using her friends and different body types for seasonal campaigns, she advocates plurality and reality, as opposed to a narrow and predictable view of eroticism. Her pieces are not so much about seduction, but more about self-expression and empowerment. They're like a second skin, embracing female curves and contours. In this exclusive interview, she talks about her own take on feminism, her passion for the craft and why creating the perfect bra took her more than 2 years. 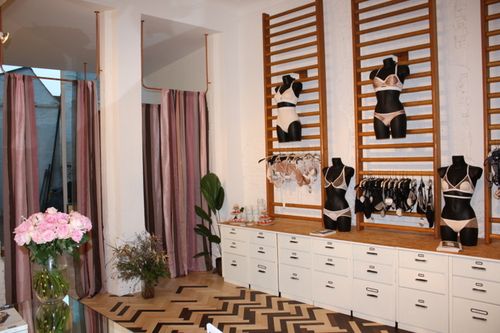 A view of La Fille d'O's new store in Ghent, which opened on the 17th of December

Did anyone in your family have a background in fashion or textile?

Not at all. I was curious about fashion from an early age and my aunt was the one who gave me a feel for it. I studied at Ghent's Academy, but wasn't too happy there. The fashion course was very much focused on the final show and I wasn't really into that. I was much more interested in the actual product and technical aspects. I understood I liked working close to the body and thought sportswear could do it for me. The thing about sports clothing is that it can be purely utilitarian. I realized that underwear offered a great balance between 2 aspects: aesthetics, on the one hand, and performance, on the other.

What did you find stimulating in underwear design?

I think it opened up my imagination, as it deals with sexuality and identity. The 14 outfits I presented during my final year at the Academy already included underwear and I couldn't really imagine the clothes on their own. I couldn't find what I wanted when it came to lingerie pieces. That was the starting point for me.

Underwear is very technical and hard to produce, as there are so many steps and bits involved. How do you deal with all that?

Underwear is like engineering. For a bra, you can assemble from 30 to 50 pieces. It depends on what style you want to design. The product development process that comes with underwear can be very time-consuming. You need to have Buddhist patience in order to get there. Each body is unique and you have to make sure new styles can be flattering in every size. You need many fittings and corrections to get to that stage. Everything has to be precise and a millimeter can change everything. We've got a new bra coming out, which took us 2 years to develop. That's how long it takes sometimes before you can offer something new to the market. 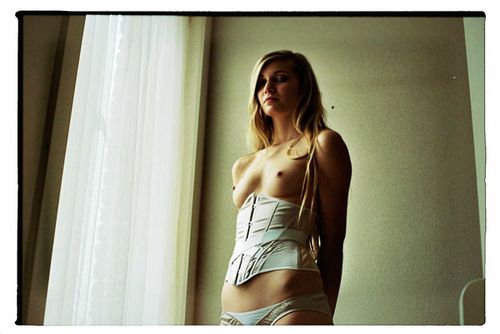 What did you want to create that did not exist before?

I'm always disappointed to see how little offer there is on the market when it comes to underwear. It is something women use every day. You'll find beautiful pieces with a poor fit and good fits with no style whatsoever. I want the woman who wears my pieces to feel comfortable all day long. She could go to work, meet her friends or head to the beach. It doesn't matter. Underwear should look good, but it also has to have a purpose. It should reflect how women take care of their own bodies. There are lingerie pieces I find insulting sometimes.

A lot of underwear lines dictate how your body should look. If you buy certain brands, you'll see how they go against your shape, instead of embracing it. I find this aspect detrimental to women. Many brands keep adding sizes, too, and I don't understand why every woman should look bigger than she actually is. The underwear industry seems fixated on one body shape, which is fairly limited and boring. For me, there's no beauty without diversity. I guess the same applies to the fashion industry. There isn't just one single body type that can be called "beautiful".

Is it about showing beauty in all its facets?

Yes, it is. My collections have to reflect this. I like big breasts and small breasts. I'm not obsessed with perfection either. I just get tired of seeing the same bodies all the time.

What's your take on plastic surgery?

It's totally up to you and I don't mind if it makes you happy. I don't judge plastic surgery as such, but I find it sad that certain women feel the need to conform socially. It's this kind of pressure I have a problem with. 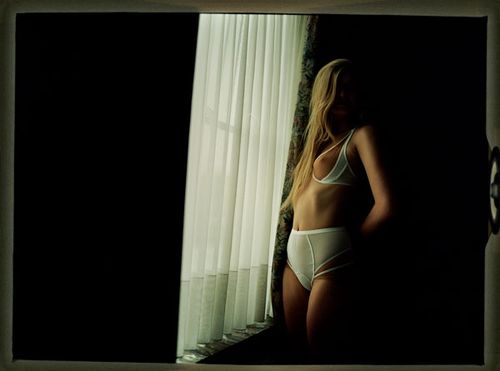 It could be one side of the issue. Several women I meet try to find some kind of balance between self-worth and their desire to be attractive. There's something problematic about seduction in a way. We're bombarded with the same kind of images on a daily basis and I don't think these images make women happy. Even though they are clearly manipulated and retouched, women begin to feel insecure and start doubting themselves. I try to challenge this in the way I present my pieces. There are women my age I find very beautiful, but you don't see them in magazines, probably because they're not 16. I find some 50-year-old women much more attractive than young teenagers. Women have been fighting throughout the decades to be treated with respect and I think several battles have been won. That doesn't mean we shouldn't be aware of certain issues and accept everything.

Is it easier for a woman to design lingerie?

I think it is. You can tell the difference between a brand designed by a marketing team and one where there is a real woman involved. This is my story, I guess. La Fille d'O stands for my values and who I am.