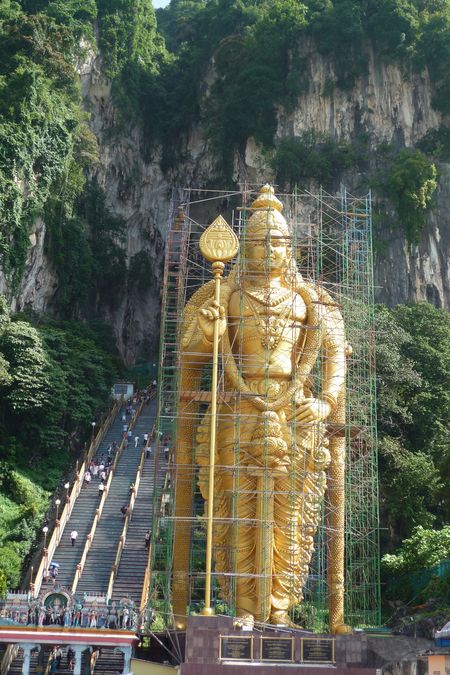 Above: Gold statue of Lord Murugan. Hindus believe the god has made the Batu Caves his Malaysian pied-a-terre.

Last week I took a break from the catwalks at Malaysian International Fashion Week to make a pilgrimage to the Batu Caves outside of Kuala Lumpur. According to Hindu mythology (which was explained to me at length by my Indian driver) Lord Murugan lives in the Batu Caves, having moved in after he quarreled with his parents. (His father is Lord Shiva and his brother is the powerful, elephant-headed Ganesha.)

During the pilgrimage of Thaipusam in February, thousands of Hindus offer gifts and perform surreal acts of self-mortification that serve as pleas to Lord Murugan to make amends with his family. It seems to me that the enduring fable of prodigal son Lord Murugan represents the anxiety that Indian parents have about their children leaving home or making what they believe to be unwise life choices.

To reach the largest cave, visitors must climb 272 steps up the side of the mountain. I wish my Hollywood Hindu friends in New York could have been here with me, they would have loved it. 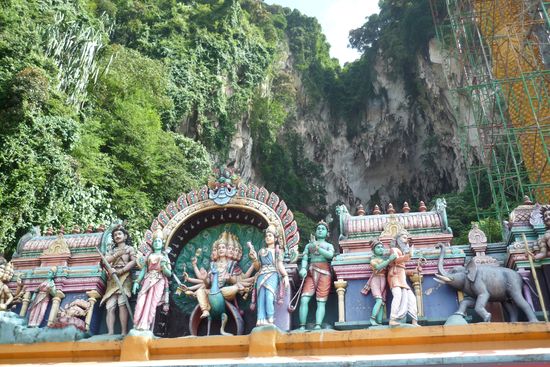 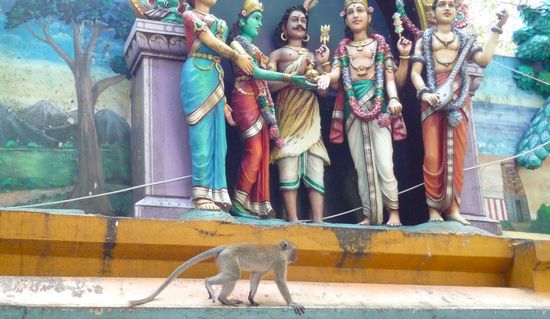 One is constantly surrounded by energetic and mischievous macaque monkeys while climbing the steps and wandering the caves. I was told that sometimes they will grab your camera or iPhone out of your hand and dash up the side of the mountain with it. Once they realize it’s not food, they let it drop onto the rocks below. 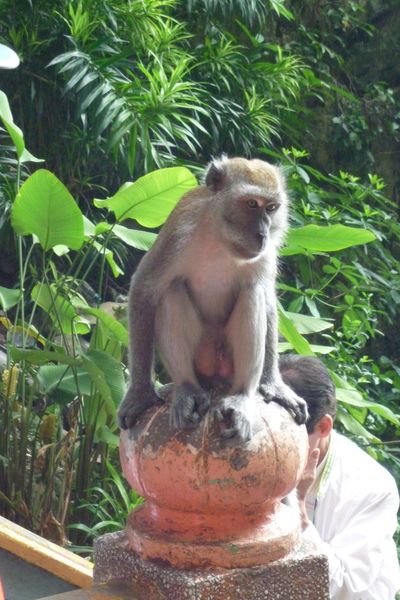 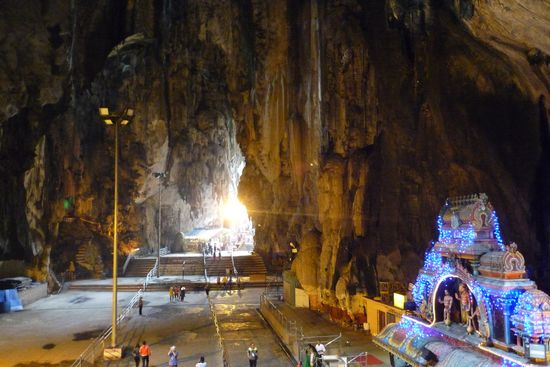 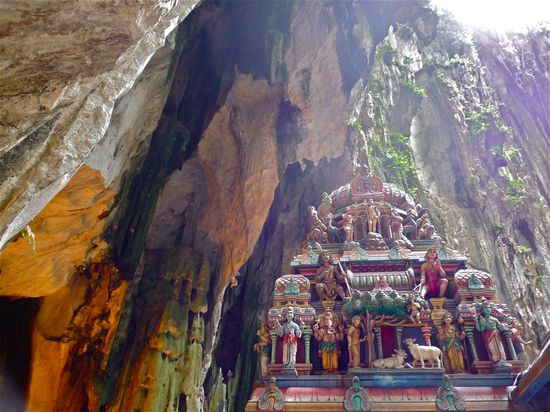 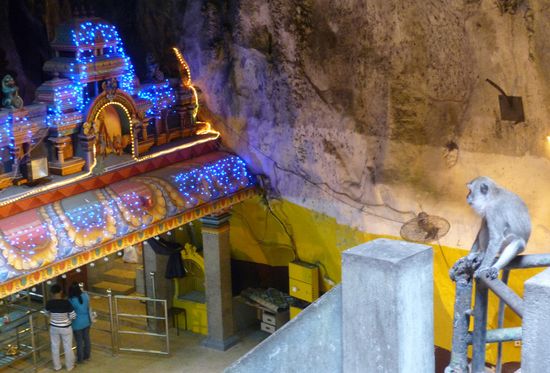 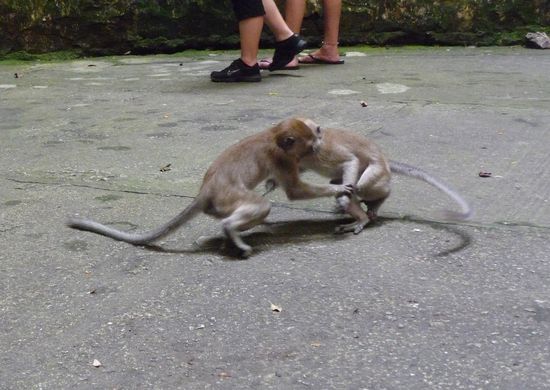 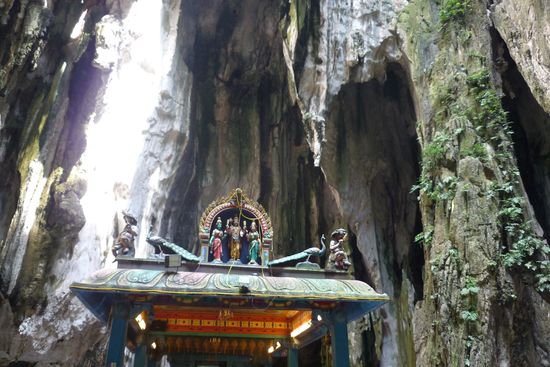 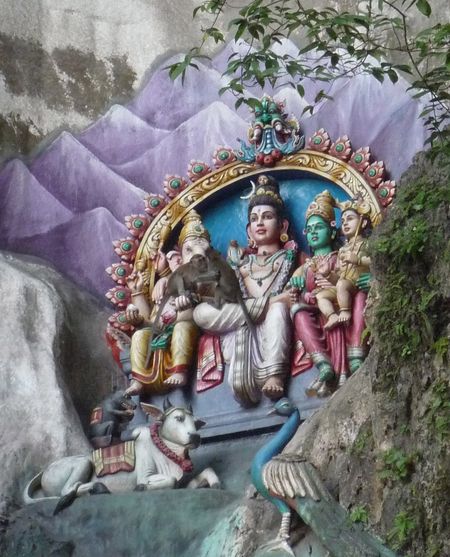 Some monkeys playing in the laps of Ganesha and Murugan, high up on the side of the mountain. 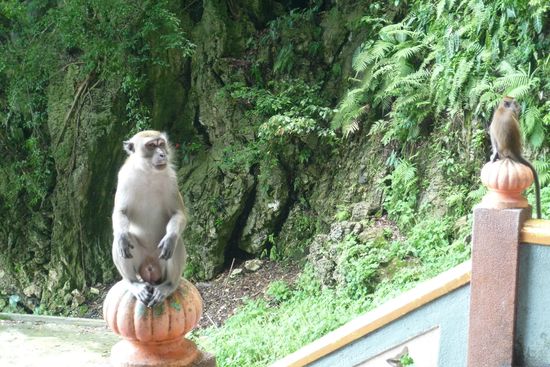 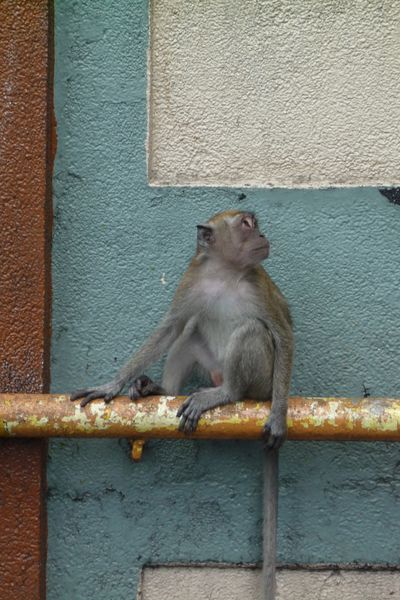 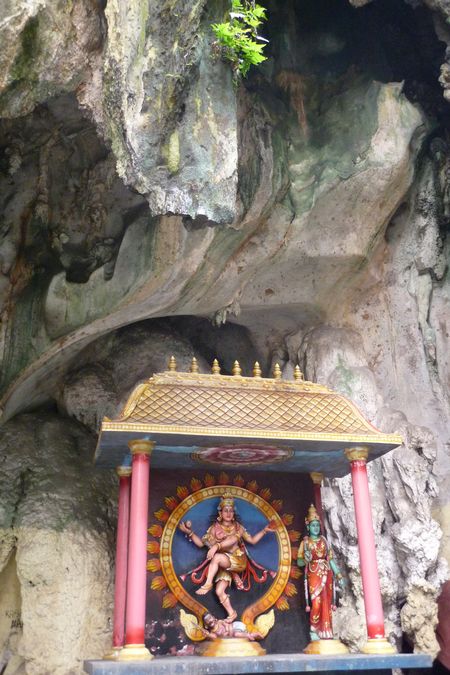 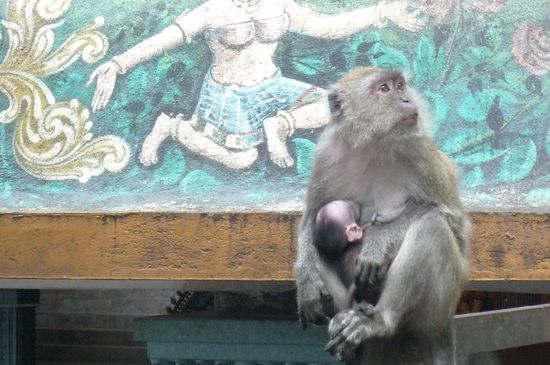 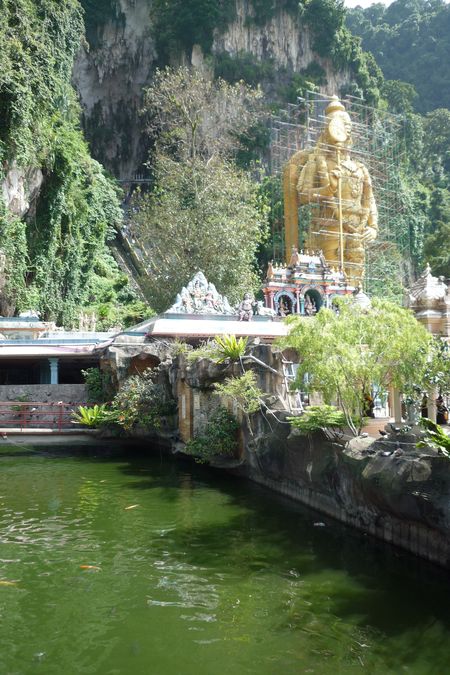 Entrance to the Cave Villas. Because there is a small admission price they don’t get many visitors, which is a shame because the experience of the caves is akin to someone dosing your mango chutney with a few tabs of acid. 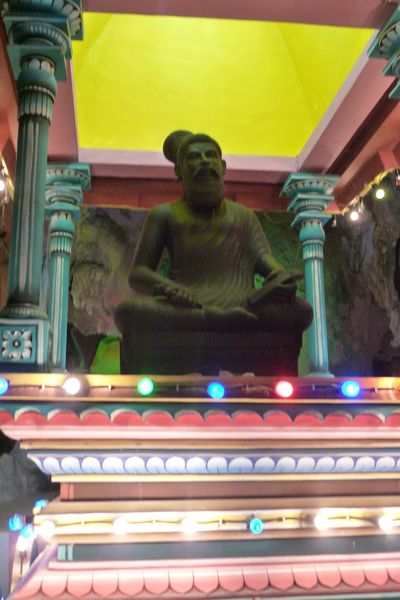 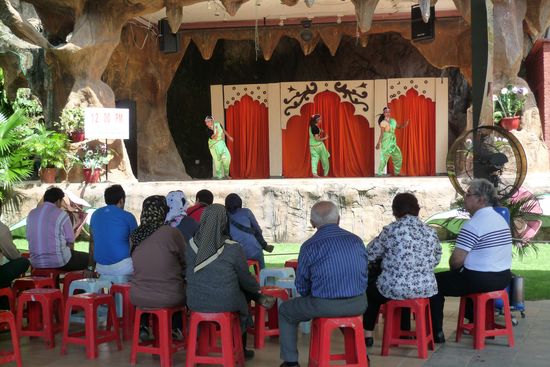 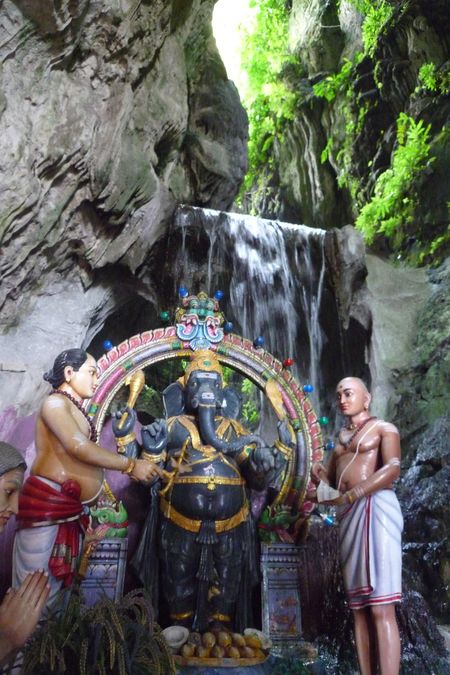 Ganesha is at the entrace to a series of caverns because he’s the god you need to always pray to first and ask for his blessing before you continue on in prayer to the other deities. 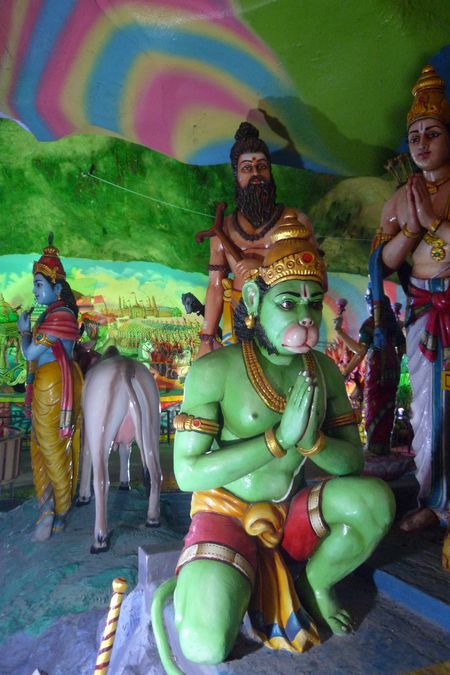 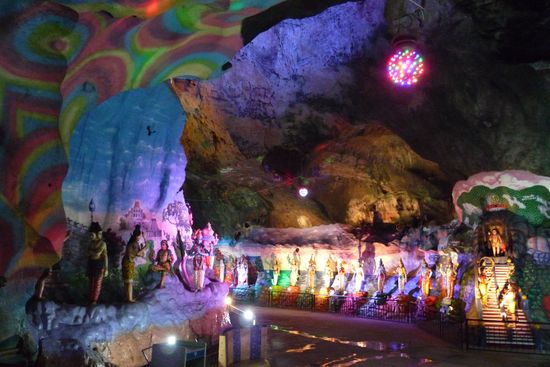 This cave was kind of like being in Kenny Scharf’s basement in Brooklyn, minus the multitude of NY gay egos. 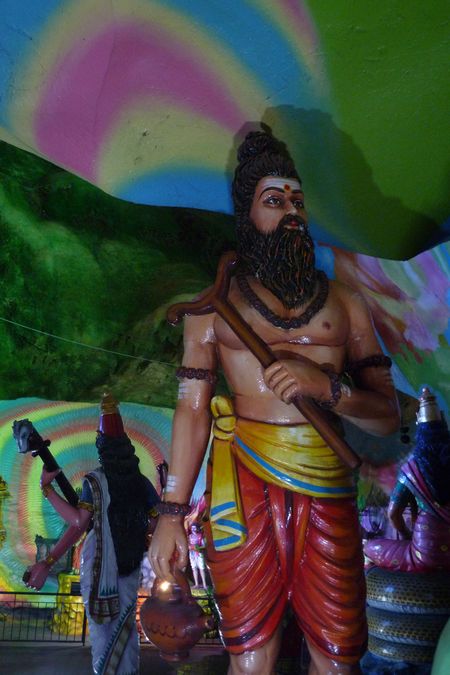 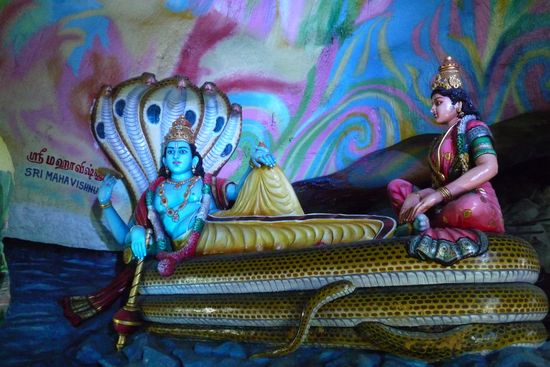 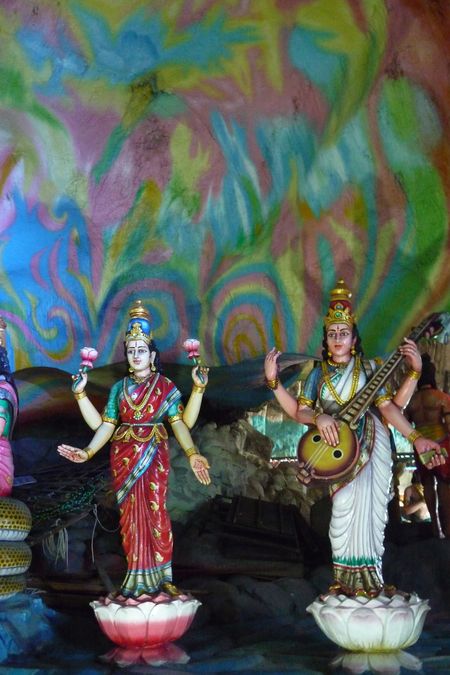 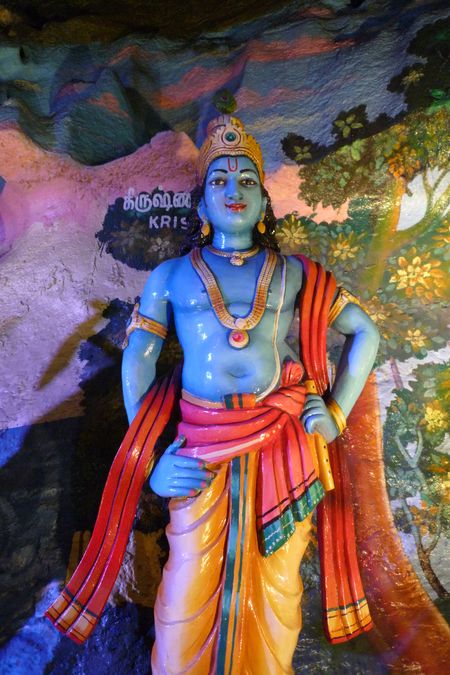 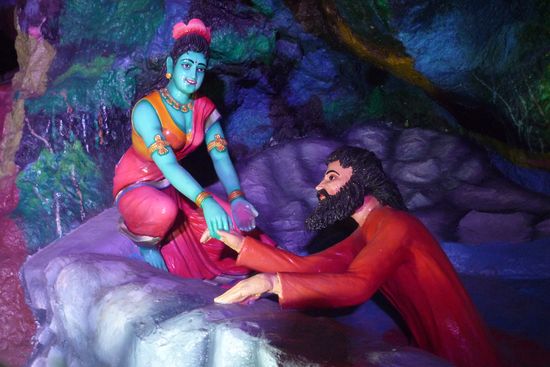 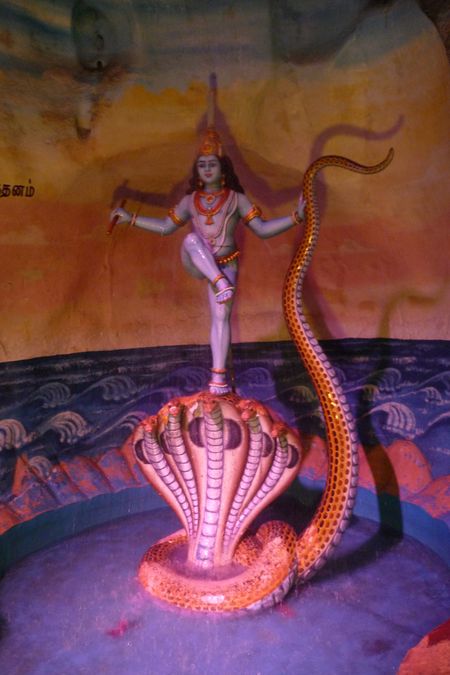 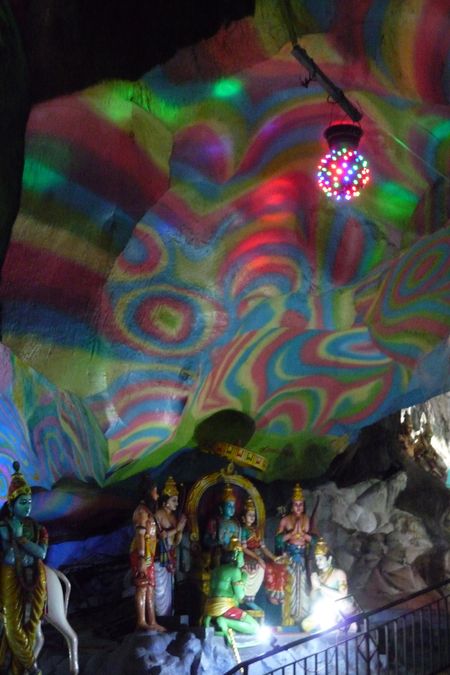