You cannot separate Isabelle Lenfant from her jewelry line. The Belgian designer -who has been based in Brussels for years- is an enigmatic figure within the fashion scene. Always dressed in black, she's elegant and discreet, talking more about others than herself. Mostly made out of silver, her pieces are delicate, timeless and highly personal. They talk about key moments in her life, which she's willing to share with strangers. In fact, the whole point of the collection is to make it your own, appropriating her language and creating your own story. With the recent opening of an online store, an exbihition for Modo Brussels with photographer Jurgen Rogiers -entitled "L'Union Maakt Macht"- and the launch of a new menswear line, Isabelle has been a busy bee indeed. Just don't think of her as a "fashion person". There is nothing remotely superficial about her.

Can you tell me about the exhibition you and Jurgen Rogiers put together for Modo Brussels?

Modo's theme this year is "statements" and I thought about what mine could be. Jurgen and I selected famous Belgian figures and asked them to pose for us. The idea was to mix Dutch and French-speaking individuals, whether they be from Flanders or Wallonia. That was my stamement, presenting Belgium as a united country with the kind of people I love. Each person wears one of my pieces and Jurgen shot some beautiful portraits. I also gave my sparadrap the colors of the Belgian flag. It was important for me to emphasize our shared values, instead of the conflicts. 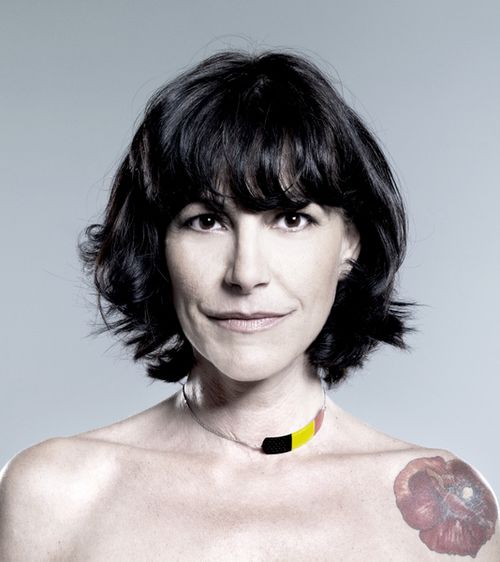 How did the shoot go?

It was great. Jurgen and I really enjoyed it and everyone we selected seemed up for it.

Your pieces are always symbolically charged. What meanings do you attach to jewelry in general?

It's a very subjective thing for me and my collection offers me the space to reflect upon life. I recently came up with the idea of fake clocks in silver, which is something I had been wanting to do for a long time. The moment that we are currently living is all there is. Time is now. We're living in a society where people refer to the past constantly and only focus on their future. I sometimes have the feeling they forget about the present. 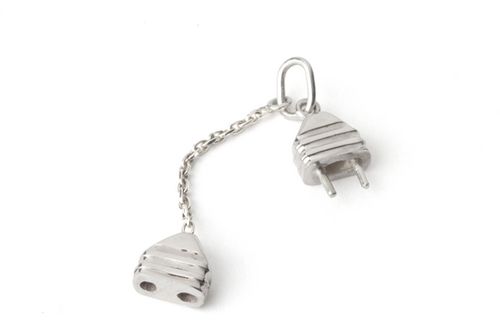