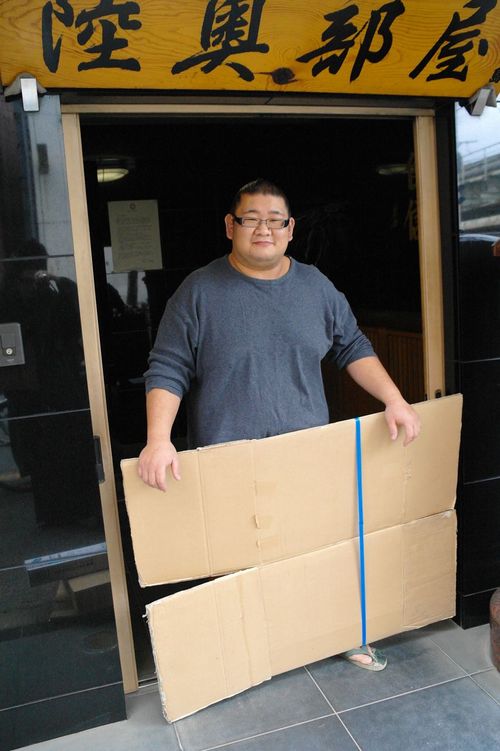 I've had a fondness for sumo wrestlers ever since my first trip to Tokyo in 1985. I had the desire today to walk among them and so Akiko Hamaoka and I went to try and track a few down. We visited 8 'stables' but not one sumo wrestler in site. I did spot a retired sumo in a suit and should have taken his photo but did not….the first and only one that I saw was just when we entered sumo land, but that was it. 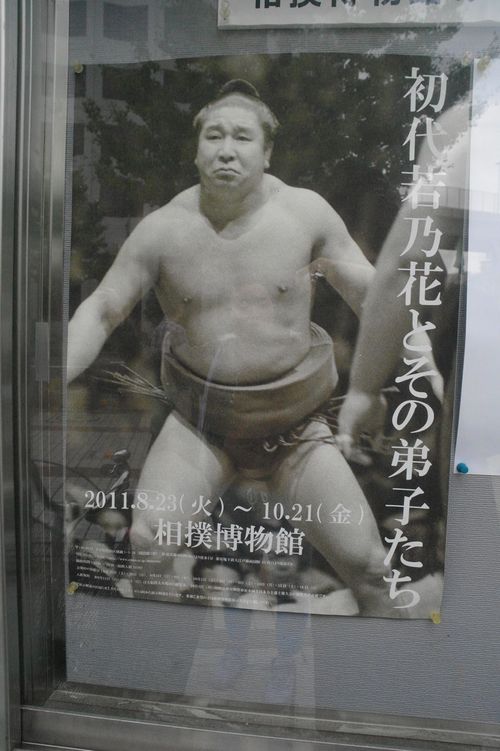 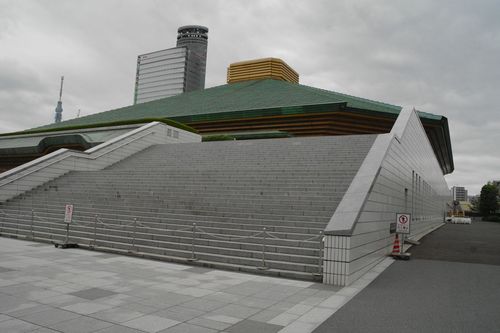 This is the stadium where most of the matches take place. 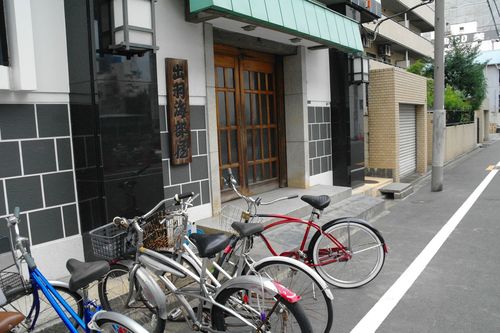 One of the 8 stables that we passed….only sign of life were the bikes. 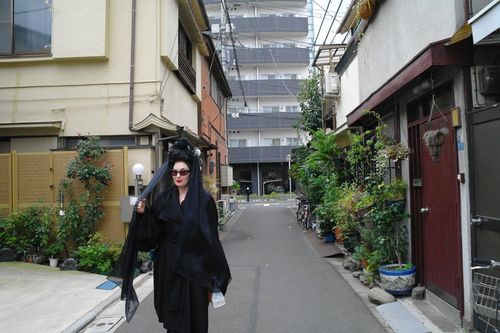 One highlight, however was a rare moment when I can feel tall, we stopped in a little pottery shop. 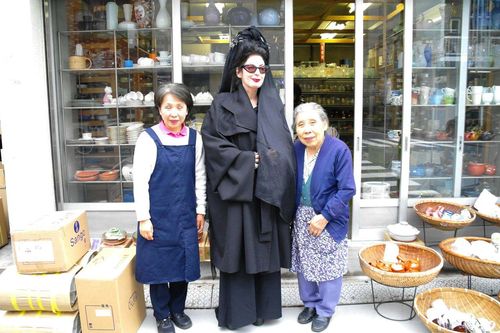