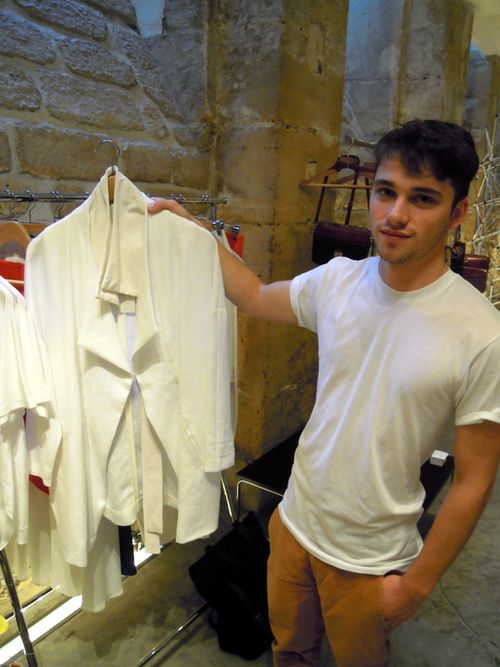 I was pleased to meet Etienne Deroeux in Paris this week. His first collection -which he's currently presenting at Galerie Saint Joseph on 7, rue Froissart- is worth checking out. Using natural fibers and elegant shapes, his clothes are refined and timeless. Etienne loves textures and little details, such as lambskin trims on jacket pockets or contrasting materials. His clothes are made in France, too, which is something to rejoice about.

For the girl who has everything in her closet -but still missing that fun item- I recommend his yellow lambskin leather shorts. They'll do the job. 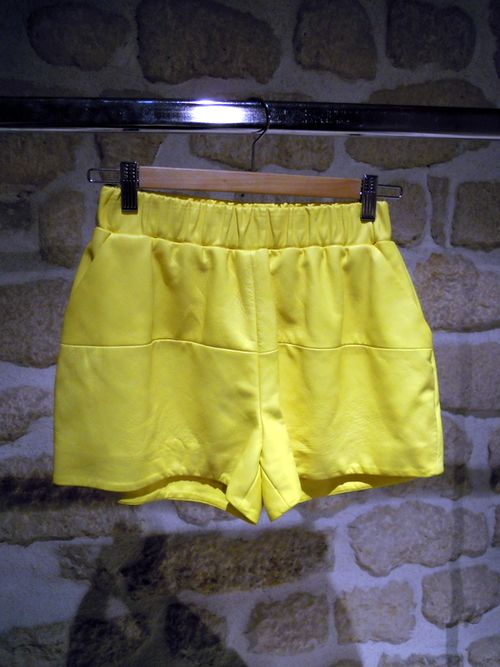