Maison Martin Margiela pretty much owns deconstruction as a sartorial statement. With its latest collection, the house went back to its roots, with pieces that looked like they were falling off the models' bodies. Long skirts and fitted jackets had a harder, tougher edge, which was reinforced by the use of zippers. An oriental rug motif ran through several looks, expressing the season's infatuation with exoticism and travel. 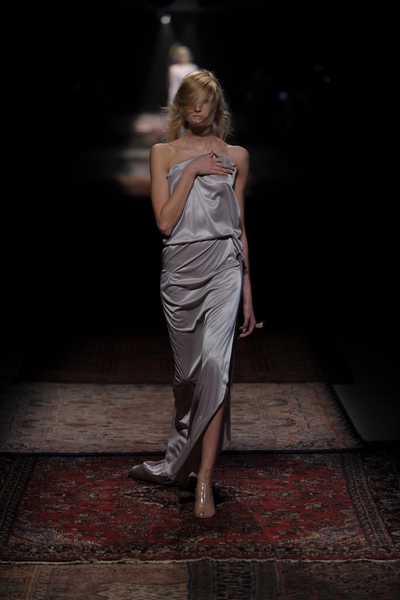 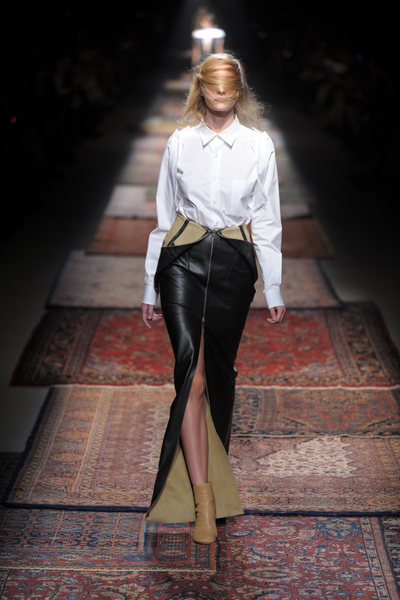 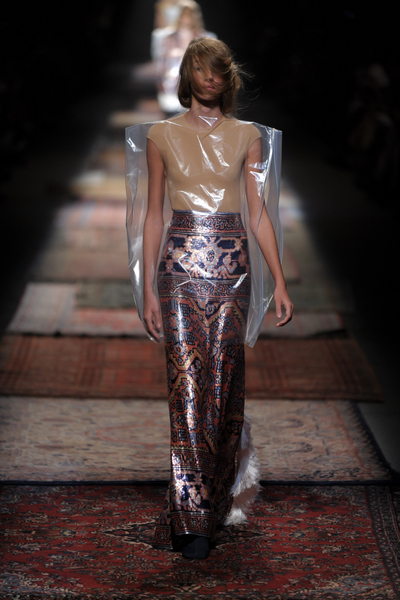