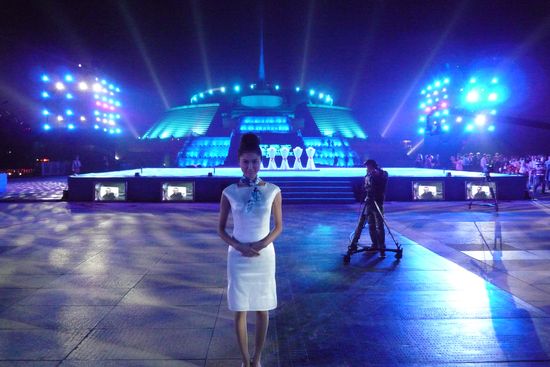 The opening ceremony at the China Millennium Monument for BJDW was very “Close Encounters of the Third Kind” meets “Triumph of the Will.” Surreal, campy, cheesy, monumental, beyond extravagant….except when it came to the wine served which tasted either like dirt (red wine) or canned peaches syrup (sparkling). 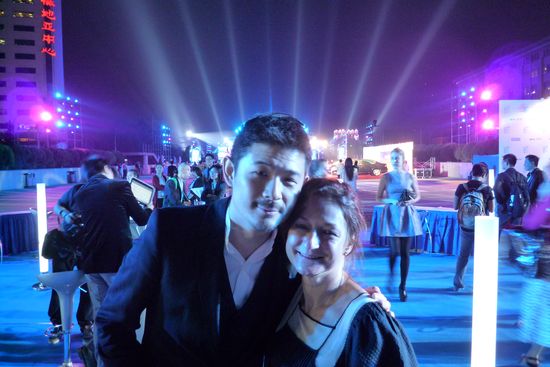 BJDW Creative Director Aric Chen and Caroline Roux from the Financial Times. The rays of light behind Aric remind me of the Mao posters from the Cultural Revolution where sunbeams are emanating from behind the Great Helmsman. 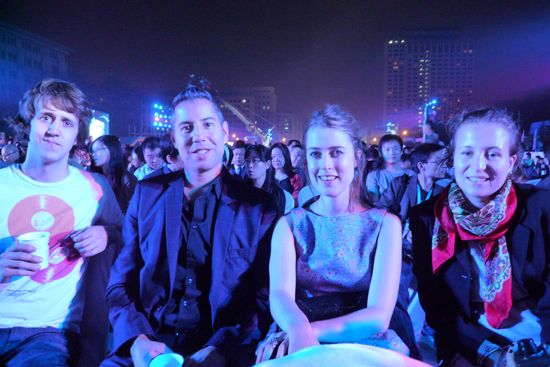 James, me, Alice McInerney of Time Out Beijing & friend bathing in the blue glow of the Mothership 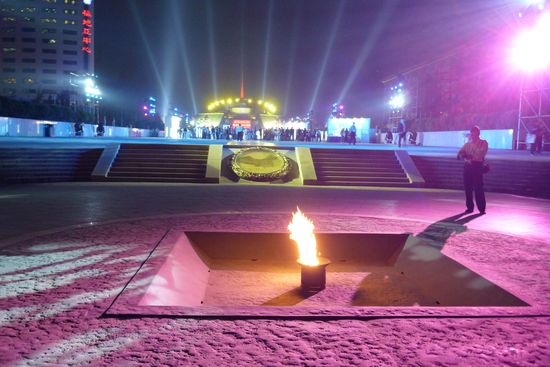 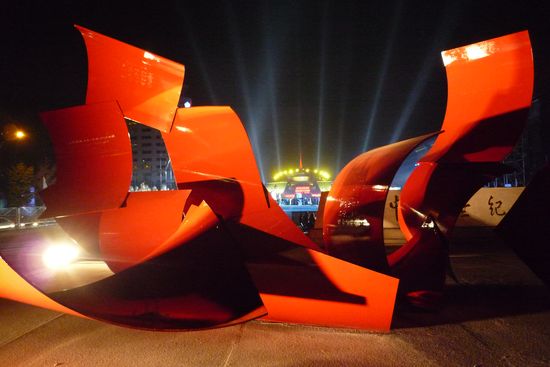 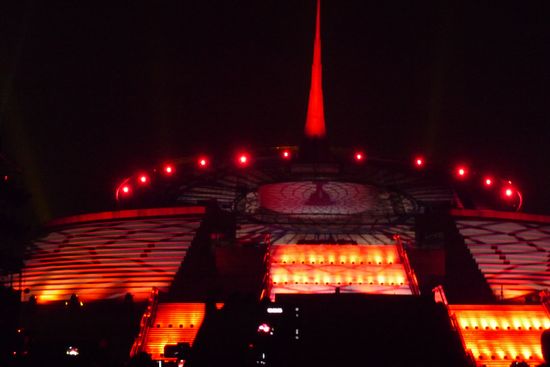 The light and image show that was projected on the monument was undeniably impressive–even the jaded design crowd were in awe–and went on without a hitch.

Dashing off for more chic commie madness at another opening ceremony at the China Nationa Museum by Tiananmen Square.