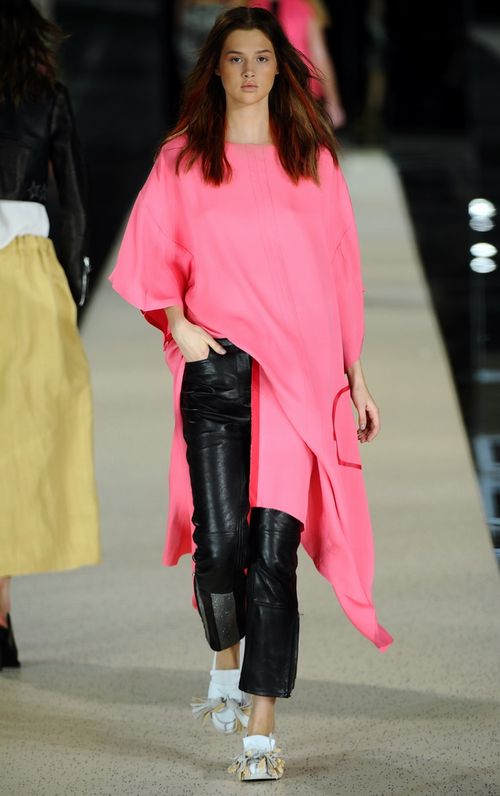 Acne's fashion strength keeps growing each season and last night's show in London only made this clearer. Inspired by a recent family trip to Marrakesh, Jonny Johansson fused cultures, nationalities and references in his upbeat womenswear collection. Reworking the kaftan, he paired it with cropped leather pants and cool, tasseled loafers. The silhouette was relaxed, contemporary and totally seductive. Johansson mixed beautiful shades of blue, using denim, double silk and raw edged cotton. 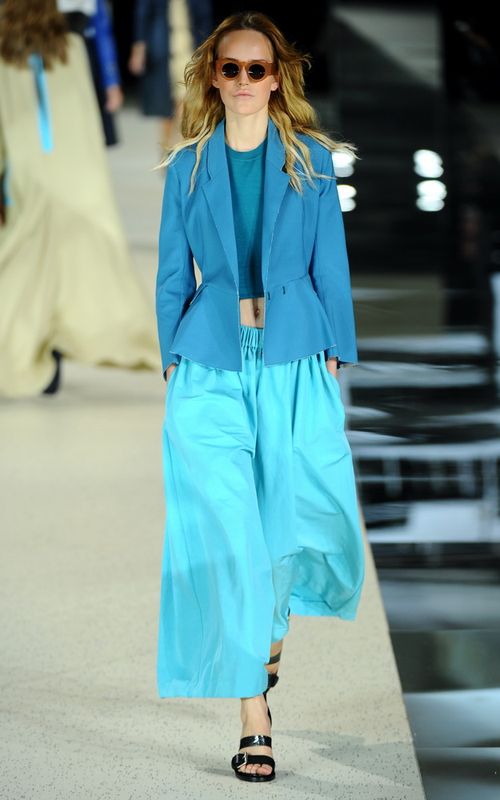 A boxy, oversized jeans jacket had the nonchalant ease of an old dressing gown. 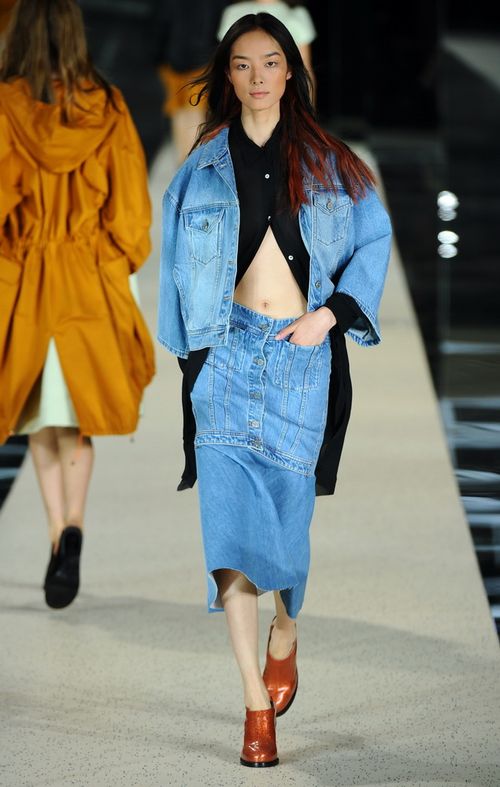 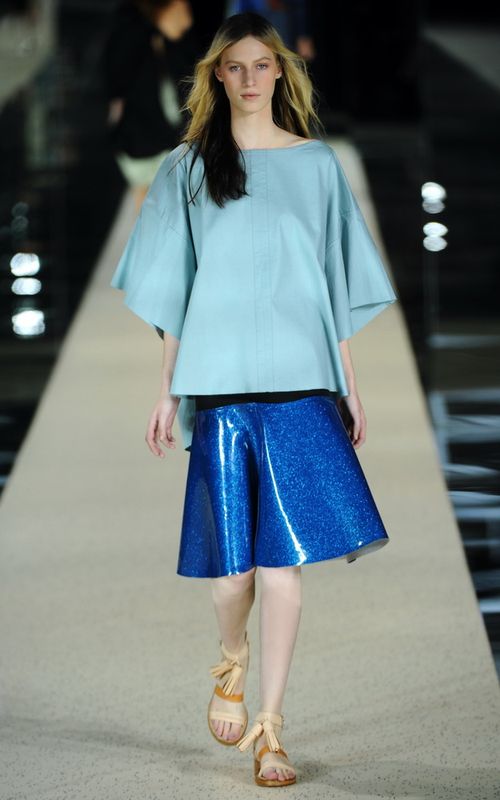