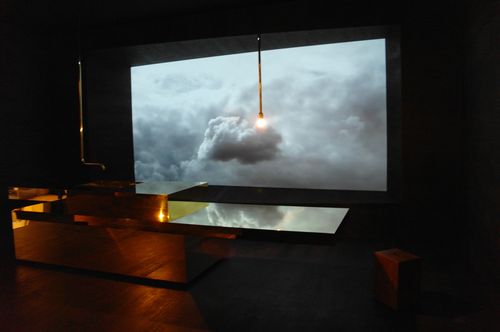 Joseph DIrand designed the austere yet elegant space and his brother Adrien DIrand filmed the clouds in real time. I asked him where he was when he did the filming and he said it was out side of his window. The furniture and space brought together all the memories of childhood still alive inside of Joseph Dirand. 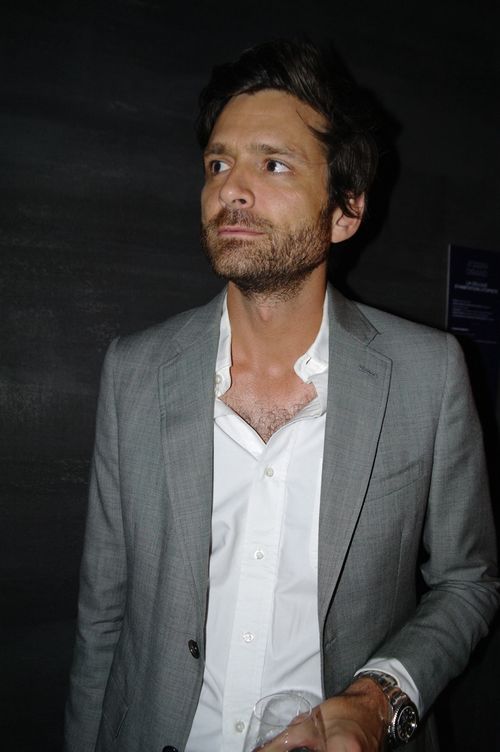 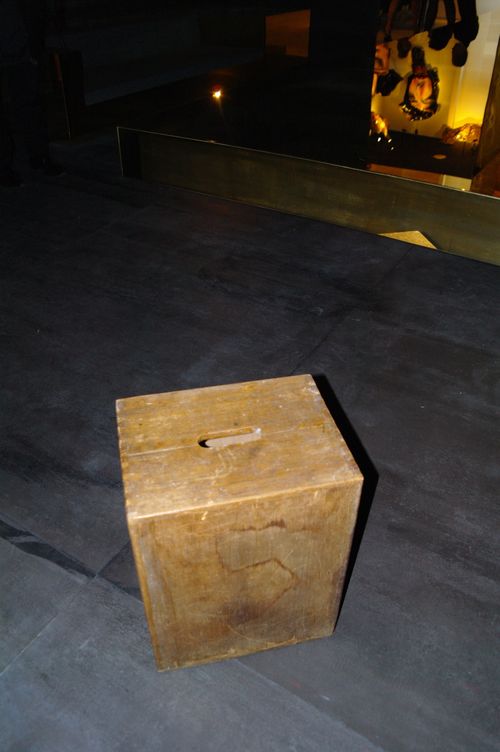 Joseph said that this simple piece that can be used as a stool, a ladder, what ever, is where it all began. 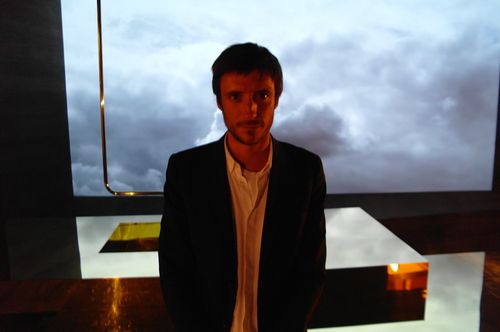 Adrien DIrand filmed the clouds and worked with the music, water running, things being moved, all very subtle and atmospheric. This clearly was my favorite place to be. Ludovic Engrand and I sat here and enjoyed the serenity of it all for a while before going back out into fashion madness down below. 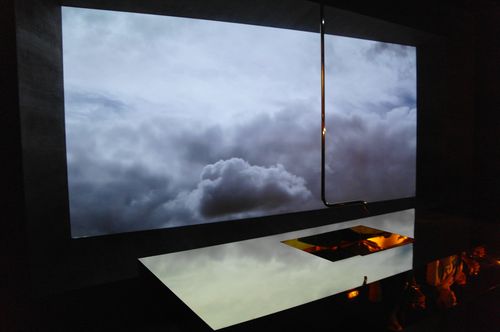 Later from off in the clouds,