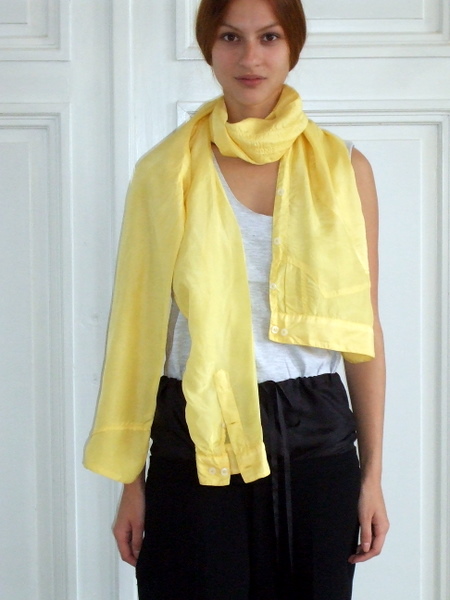 Many of you will rejoice knowing that Belgian deconstruction is not dead. Leave it to Antwerp-based Peter Ceursters to come up with another beautiful collection of reworked garments, scarves and wraps, blurring the boundaries between accessories and clothing. This season, Ceursters is in a playful mood with contrasting stripes, sorbet colours and lightweight fabrics. His use of yellow cheered me up. 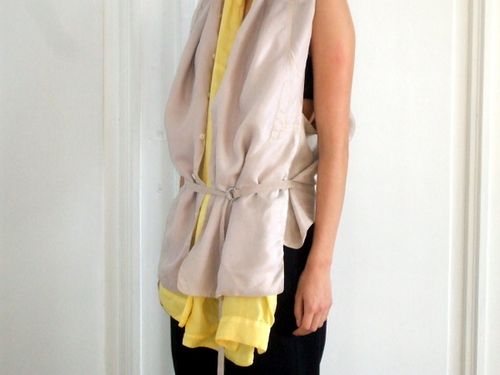 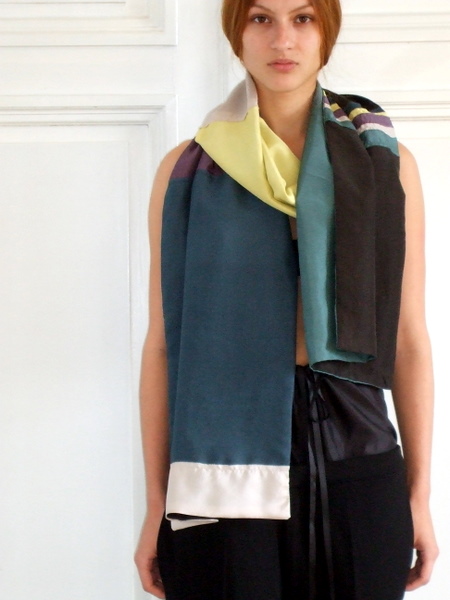 You will find his pieces at Louis in Antwerp, Haleluja in Brussels and Waldraud in Zurich. 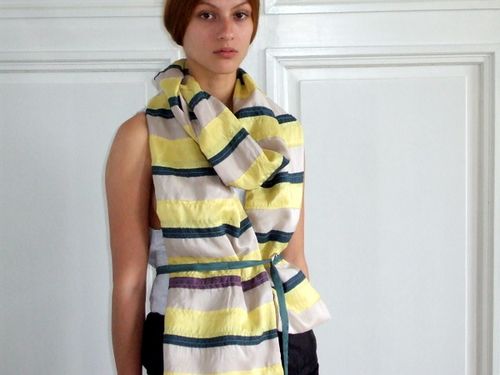 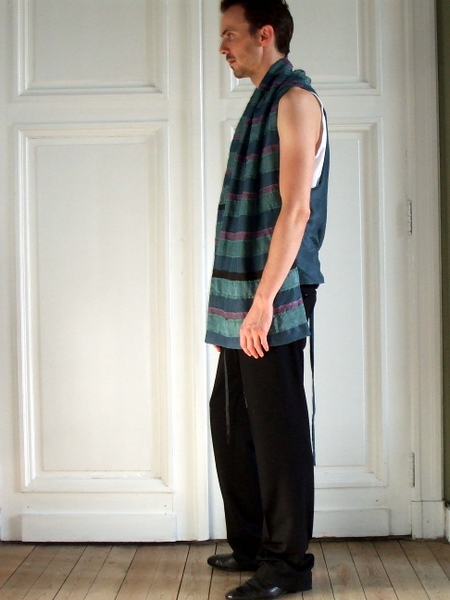